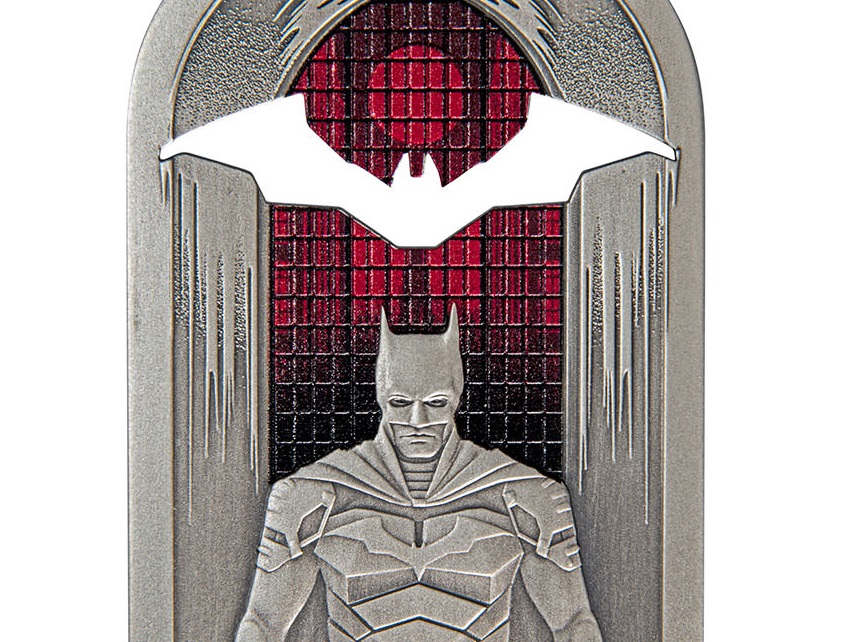 The New Zealand Mint has released details for their latest Batman-themed silver coin which features the upcoming film, The Batman. The pure silver coin is made of one ounce of silver and measures just over two inches tall. It will also come in a special collector’s box as part of a limited edition of just over two thousand pieces. It is priced at $95 and is expected to ship between February and March 2022. You can preorder the coin at Sideshow Collectibles. 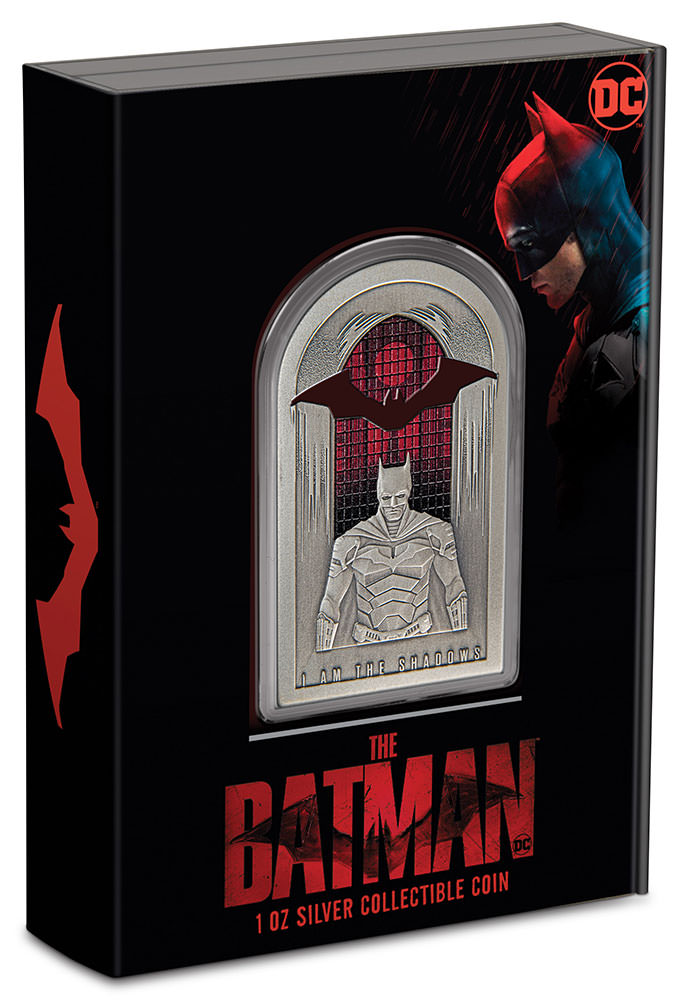 New Zealand Mint is excited to announce our newest BATMAN™ coin, which commemorates the 2022 film, The Batman™! These specially shaped coins in 1oz of pure antiqued silver feature BATMAN as he appears in the film, with a unique cut-out of the theatrical Bat emblem.

This striking arch window-shaped coin features our vigilante hero etched in 1oz of pure antiqued silver with the cut-out of the theatrical Bat emblem and colored window. It is packaged inside a compact, modern case designed with images from the film. A specially shaped window enables you to display your new treasure easily. On the back of the case is the Certificate of Authenticity along with the coin’s unique number.

To commemorate the year of the film’s release, the mintage is limited to just 2,022. You’ll need to be faster than the Batmobile™ to get one!