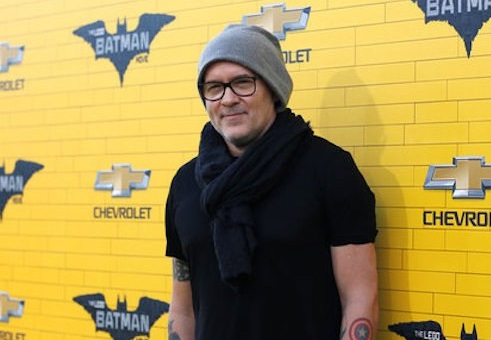 Do you love a superhero enough to forever have their symbol inked onto your body? Sure, it’s a harmless hypothetical, but when Nightwing director Chris McKay was asked this on Twitter with regards to everyone’s favorite Bludhaven resident, his response gave insight into the love this filmmaker has for the Dick Grayson, and how he may translate it to the big screen.

One of the aspects of Nightwing that drew McKay to the character was how Grayson evolved over the years, his journey from youth to adult, sidekick to hero. McKay writes:

“The story of Dick Grayson, becoming Robin, then becoming Nightwing played out for us, the audience, in the comics in REAL TIME. It wasn’t a flashback. We experienced it. So all of Robin/Nightwings successes and failures we were along for the ride.”

He even acknowledged that while the character of Robin may be divisive among fans, Dick Grayson picked up new fans as he matured.

“And people that underestimated Robin or dismissed him perhaps had their opinions changed as we watched him “grow up” right in front of us.”

In essence, McKay would go on to write that Grayson was “the window character in which we experienced Gotham City.” It’s clear from his words, that Chris McKay has a fondness and connection to the character, and his thoughts are arguably mimicked by many Nightwing fans, myself included.

So what does this mean for the movie? Well, McKay did give a few hints on what any actor hoping to get the role can expect:

“It has to be full commitment. Every day. It is going to be gruelling from a martial arts, gymnastics and stunt perspective. Also emotionally taxing. It’s going to be real.”

Looks like whomever fills those black and blue tights better be more than a pretty blue-eyed face. And can we hope the suit is going to be designed to allow the sort of movement we’re used to seeing out of Dick? Perhaps a page of out Spider-Man’s costume sketchbook?

Did Chris McKay’s impromptu Twitter comments get you more psyched for Nightwing? Who would you like to see in the role? And would you ever get a tattoo of your favorite member of the Bat Family? Let us know in the comments below (Spoiler alert, I have a Nightwing tattoo. I win)