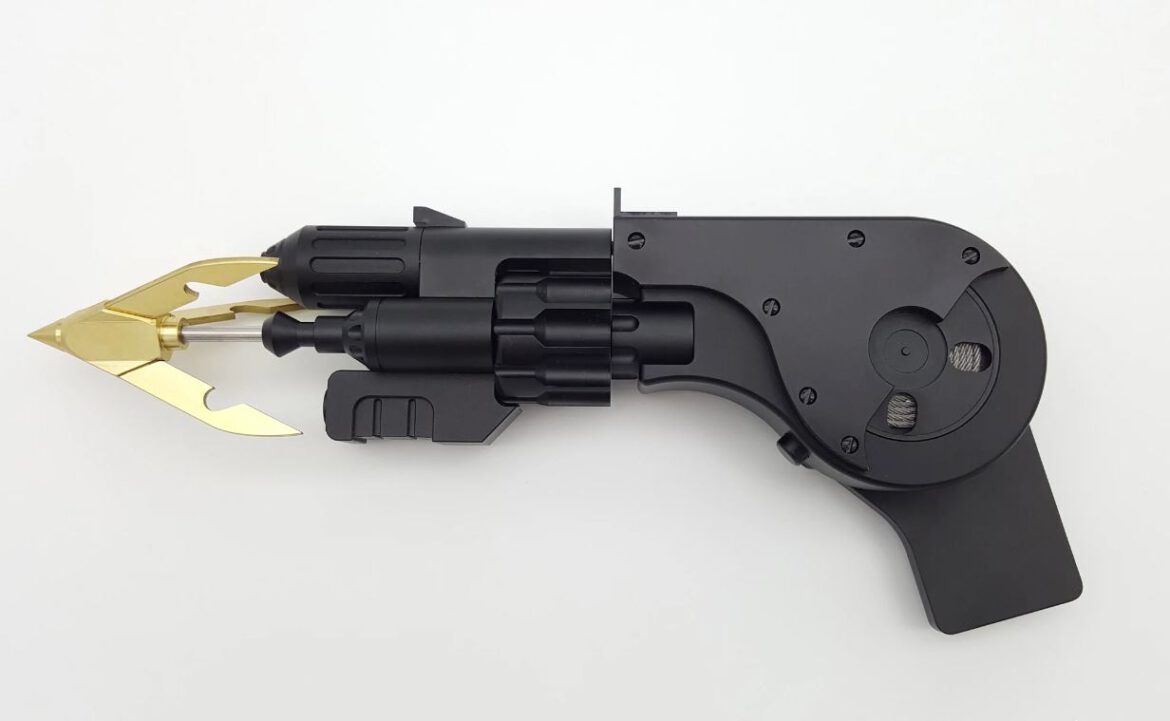 Paragon FX Group has released details for their latest highly detailed replica, which features the grapnel set from Batman (1989). The one-to-one scale replica features genuine metal parts for an honest, cold metal feel in a custom case. It is important to note that the grapnel is not functional (it doesn’t launch), as it is intended to look fully authentic without be operational. It is priced starting at $799.99 and is expected to ship in January 2023. You can preorder the new replica at Entertainment Earth.

“Where does he get those wonderful toys, indeed?”

Paragon FX Group and Warner Bros. are proud to announce what is arguably one of batman’s greatest gadgets, the modular utility grapnel. This multi-purpose, hand-held unit allowed for Batman to store numerous items on his utility belt yet deploy them all from a single device.

Paragon’s team spent 12 months in design and development alone on this set.

Limited to an edition size of just 1500 units worldwide, each set contains the following:

NOTE: Metal Bolos and Brass Grapnel are interchangeable with the hand unit but are otherwise static. They can’t be launched, repelled on or deployed in any way. They do; however, do one thing particularly well. They’ll look amazing in your collection! – Team Paragon.