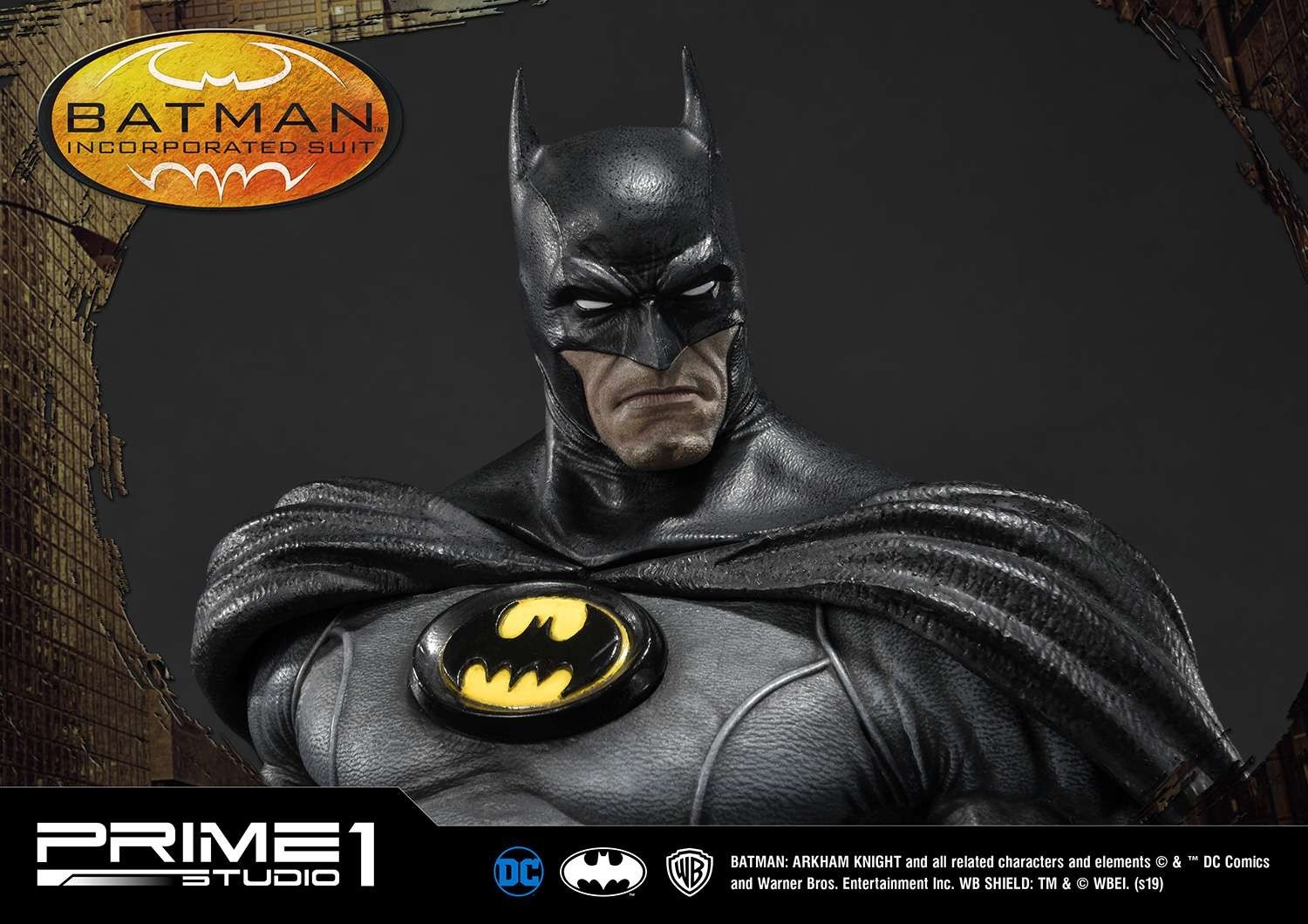 Prime 1 Studio has announced their latest Batman: Arkham Knight offering with a statue featuring the Batman Incorporated Bat-Suit. This statue stands at about nineteen inches tall and features Batman on a themed base. As usual, there is a standard version and a collector version. The collector version (EX version) includes a second head, which is priced at $449. The standard edition is priced at $339. Both versions are expected to ship in the middle of 2020. You can pre-order the statue from Prime Studio now.

Prime 1 Studio is proud to present the first 1:5 Scale CMDC-01: Batman Incorporated Suit from Batman: Arkham Knight. Batman: Arkham Knight is a 2015 action-adventure video game developed by Rocksteady Studios. The game is the third game in the franchise to be developed by Rocksteady, the team which created both Asylum and City and acts as the final chronological game in the series. Batman Incorporated Suit also known as Batman Inc. skin is available as a free content for all platforms. This Concept Masterline statue comes with interchangeable left-hand holding a Batarang. The Exclusive version of CMDC-01EX: Batman Inc. suit included an additional alternate Portrait. This is the first 1:5 scale statue from Batman: Arkham Knight. Don’t miss out to add this in your Batman collections.