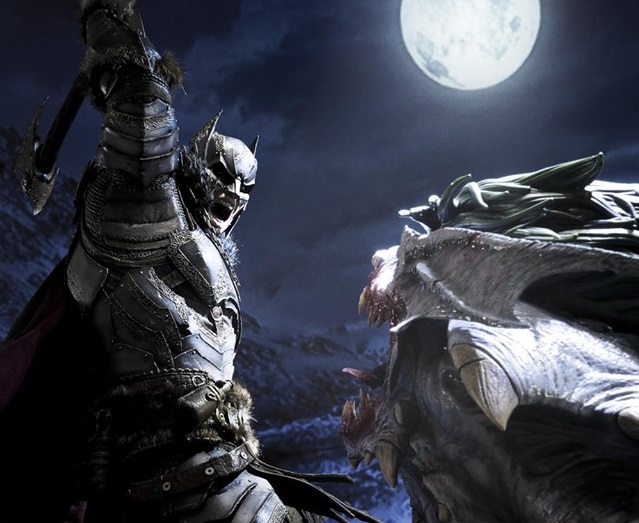 We created an epic statue of a Batman in a Knight Armor fighting a Dragon with Joker’s characteristics. It is a beautifully crafted diorama with exceptional attention to details starting with faux fur elements of Batman’s armor and ending with a very realistic texture of the statue. The statue tells us a story of a bloody and fierce battle full of naturalistic features.

The Batman Versus Joker Dragon Statue stands approximately 34 inches tall and it is a must-have for all DC Comics Dark Nights: Metal fans! A great piece to add in your collection with Batman Who Laughs from the same series.

・One (1) designed theme base