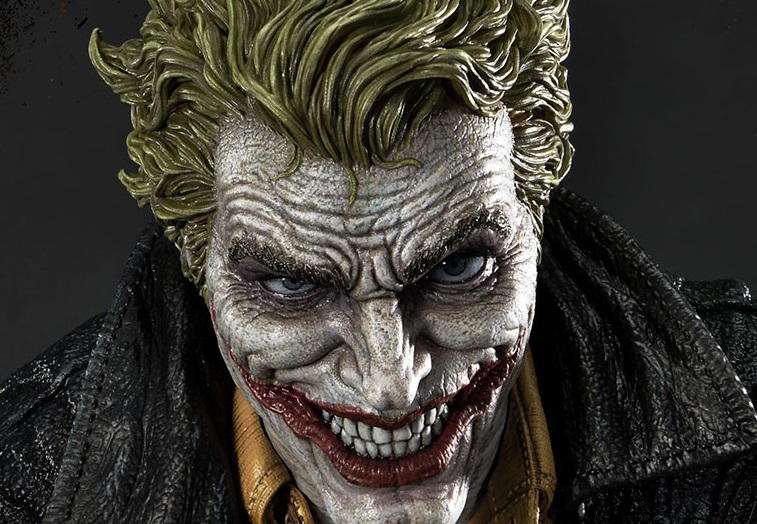 “Don’t ever apologize to no one for the way you look.”

Sideshow and Prime 1 Studio are excited to present The Joker Statue designed by no one else, but the incredibly talented Lee Bermejo, an American comics artist best known for his collaborations with writer Brian Azzarello including the Joker graphic novel.

Lee Bermejo’s Joker design is very dark with stunningly realistic features. Even the base is specially designed by Mr. Bermejo featuring Batman (from Batman: Noel graphic novel) chained to a stone which gives the whole statue even darker look.