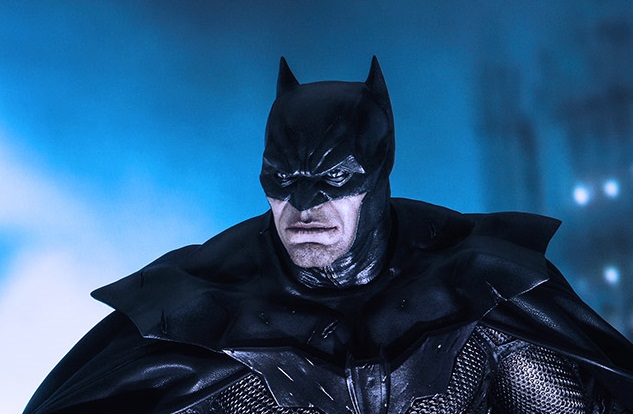 In a quick update to an announcement made last July, Prime 1 Studio’s latest statue offering featuring Batman from Batman: Damned is now available for preorder via Sideshow Collectibles. There are two versions available. The deluxe version of the statue is limited to only three hundred pieces and includes an extra head and an extra hand, as well as an art print by Lee Bermejo. The standard version will be priced at $1049 while the deluxe version will be $1,199. The statue is expected to ship between November 2020 and April 2021 if ordered through Sideshow Collectibles.

Sideshow and Prime 1 Studio are excited to present the Batman Damned Statue designed by no one else, but the incredibly talented Lee Bermejo, an American comics artist best known for his collaborations with writer Brian Azzarello including the graphic novel.

Lee Bermejo’s Batman Damned design is very dark with stunningly realistic features. Even the base is specially designed by Mr. Bermejo featuring Joker holding a gun.

The Deluxe version of Batman Damned Statue includes four portraits and one head stand. The Batman Damned statue stands approximately 30 inches tall and it is a must-have for all Batman fans.