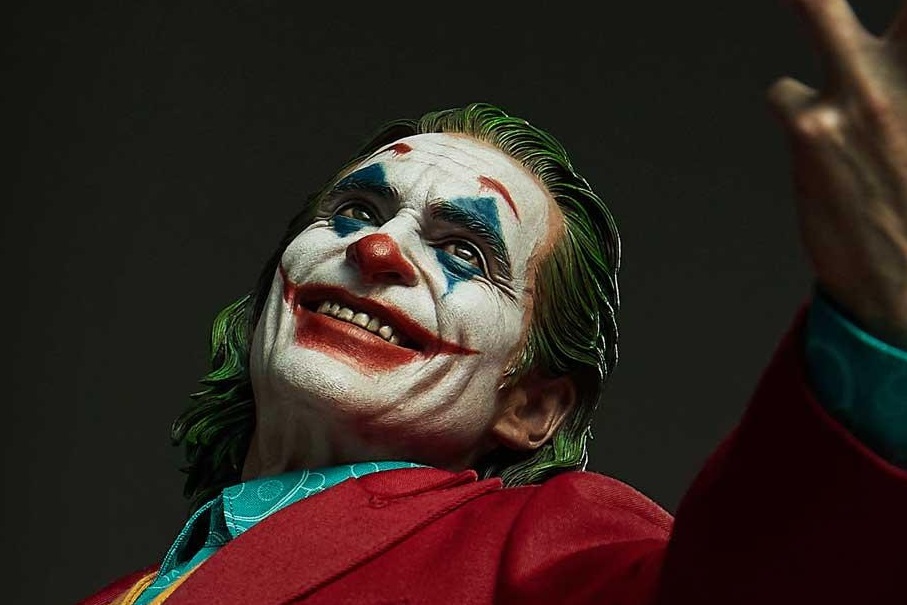 Prime 1 Studio and Blitzway have released details for their latest realistic statue, which features Arthur Fleck from 2019’s Joker in 1:3 scale. Measuring in at twenty-eight inches tall, the statue also features an incredibly accurate depiction of the character, multiple hands, props, and a removable clown mask. It is priced at $1299 and is expected to ship between April and June 2021. You can preorder the statue directly at Prime 1 Studio or at Sideshow Collectibles.

“When you bring me out, can you introduce me as Joker?”

The most HUMANISTIC Joker. A perfectly new version of Joker.

Joker (2019). A film that depicts the process of Arthur Fleck, who is forced to make a smile with his fingers and endure a ridiculously painful life, falling into the depths of darkness and liberating his inner violence and madness, slowly turning himself into the “JOKER”.

To celebrates The Joker: 80 years of the Clown Prince of Crime, Blitzway and Prime 1 Studio are proud to announce the second collaboration work about the masterpiece The Joker 1:3 Scale statue based on a film that depicts the birth of Joker, starring Joaquin Phoenix. While sharing the common goal of creating the best Joker of all time through this project, we were able to create the best masterpiece through close cooperation and developmental exchanges throughout the entire production process, from concept design, production, shooting, and the announcement of the project.

Starting from the very small details, we poured all of our efforts into recreating the appearance of Joker, including the vivid facial expressions, costumes that have been realistically scaled down, a diorama base that has been designed from the iconic scenes of the movie, and main props that can connect the fragments of the movie that exists in the memories of the fans.

Under the perfect direction of Blitzway and Prime 1 Studio, the skills and aesthetics of Blitzway’s world-class specialists were combined to create the ultimate, beautiful piece of art.

Now, get ready to meet the sophisticated piece of art that could be the centerpiece of your collection!