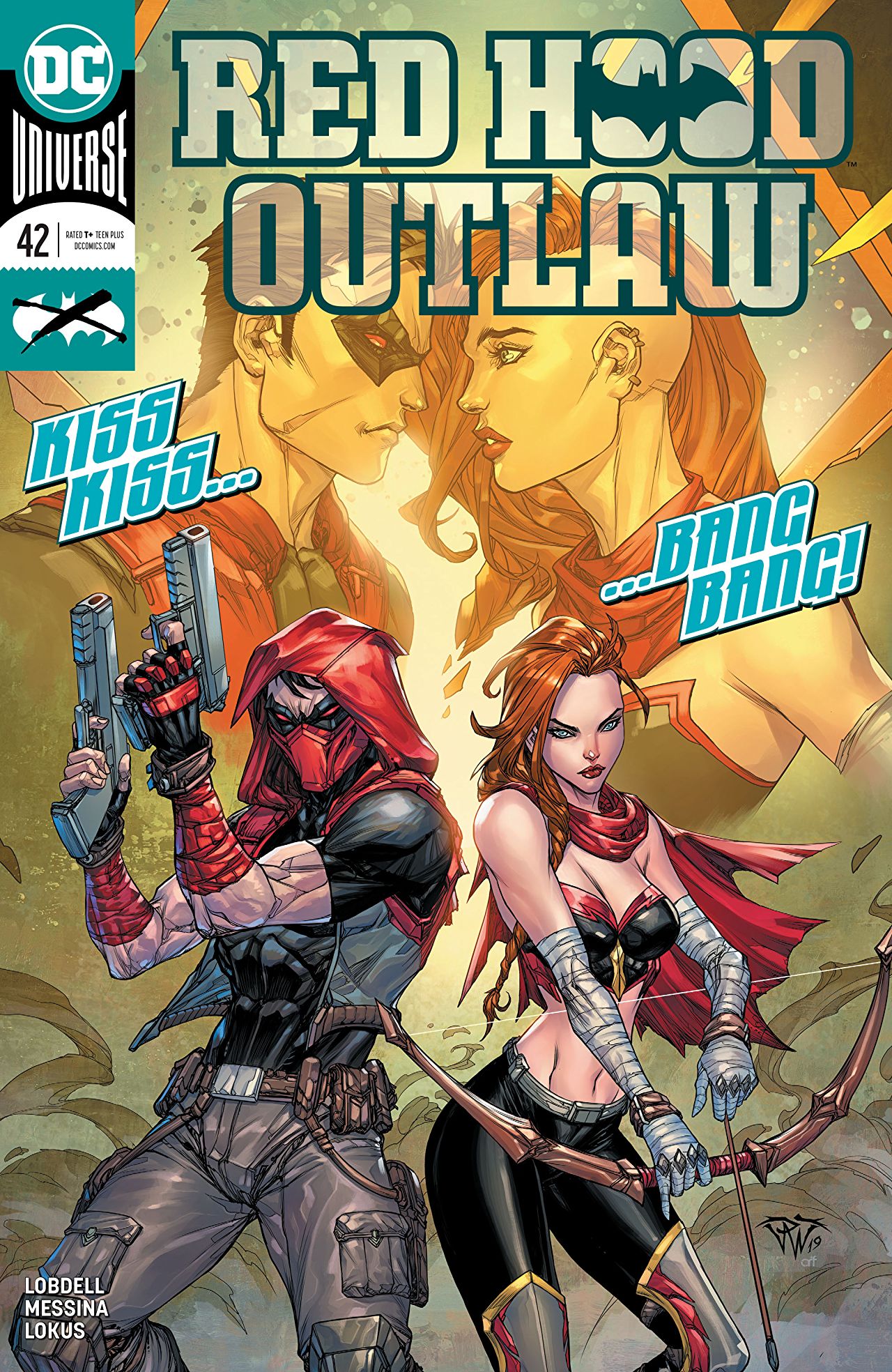 Overview: For once in his life, Jason is allowed a complete vacation without interruption.

Synopsis (spoilers ahead): This will be the shortest of synopses of the six issues, so don’t expect my usual eight paragraph summaries going over the intricate plot beats. There is no great battle or impending threat that our heroes must fight out, instead, our story begins with DNA, Babe and Doom gawking over Bizarro as he meditates before the setting sun. Our various children are curious about Bizarro’s destructive potential and whether he wants World Domination, the same as them.

Meanwhile, Jason and Ma Gunn are having a heart-to-heart where Ma explains why everything was so convoluted regarding Jason’s father. Jason uncharacteristically forgives Ma for her deception and is showing to be growing into a very mature young man, driving off on his motorcycle for a separate meeting he has planned.

We get a brief glimpse at the Iceberg Lounge, to remind readers that it exists, as well as to inform us that someone has just attacked it, but this omen is left to only a single page as we see Jason has met up with Artemis for a date. Artemis is obsessing over getting access to fresh fruit and produce, reminding us of the Red Hood annual from last year. We then learn a few extra things about Artemis, like how her hair is magically enchanted to be long and luxurious (I wish I had that power) and explains to Jason how she lost contact with her ax, the one she has had a mystical bond with for so long. Jason promises to help Artemis find the ax and tells her about Roy dying.

Before we can finish that conversation, the story cuts over to Bizarro and the kids, who all one by one get swayed under Bizarro’s enlightenment. It seems that while Bizarro has not gotten any “smarter” over his absence, he has achieved a sense of peace and sense of self, which especially attracts Doomed and DNA, who are most responsive to such positive thinking.

Back at the red hood and red hair duet, Jason reveals just how much he has grown as a person to Artemis by revealing that he’s completely forgiven Wally West for Roy’s death, showing a remarkable amount of empathy on his part. Jason and Artemis then share a very long hug as they stare off into the sunset.

We get some further set up to some future troubles on their way as Jason and Artemis prepare to go back to the house. Before they leave, Jason and Artemis return to that last kiss they made before Artemis vanished. They try it again, but both pretend the kiss meant little to them, all the while secretly admitting that they are still very much in love.

Analysis: There is a lot I like about this comic, but there’s also a lot I hate. But since the dislikes are fewer, I’ll start with them. I hate Artemis’ depiction by Paolo Pantalena. Now, I am not opposed to artists who draw their characters in sexy ways, and for the most part, everyone else in the story is drawn serviceably, but I HATE how they have drawn Artemis in this issue. Her skin is as smooth as plastic, her lips are plumped up like there’s collagen in them, and she’s proportioned like a Barbie doll. Now, like I said, I’m not inherently against sexy art for sexy art’s sake, and perhaps other people are going to find her appealing to them, but I really can’t get over this.

My other gripe with this issue is the ending. The two characters pretending they aren’t in love, for no explained reason other than “we don’t know how to admit we’re in love”, is especially terrible since the entire point of this issue is going over just how mature Jason has become over the past year. The same Jason who can forgive Wally West for murdering his best friend, can’t admit he’s in love with Artemis after they just shared one of the most passionate kisses in the entire New 52/Rebirth era combined. It’s beyond irritating.

But onto the good stuff, because almost everything else is amazingly done. Like I said early, I don’t mind Pantalena’s art, and their environments and character models are very good, but the real MVP goes to Arif Prianto who handled the coloring. These panels are breathtaking in terms of color. The off-colored shading on Babe’s mother, the vibrant red’s in Babe’s hoodie and greens in DNA’s gloves. The magnificent sunset that covers this entire issue. The coloring alone makes up for everything I said about Pantalena’s terrible Artemis design.

Other than that gorgeous art, the story is very nice. I’m curious where Devour is, but everyone else in this story gets at least two lines and Bizarro steals the show every time he’s on camera, appearing more Superman than Bizarro at times with how wise he’s become.

Final Thoughts: A great story held back by some irritating details. Definitely worth picking up if you are a dedicated fan.