Review: Red Hood and the Outlaws #32 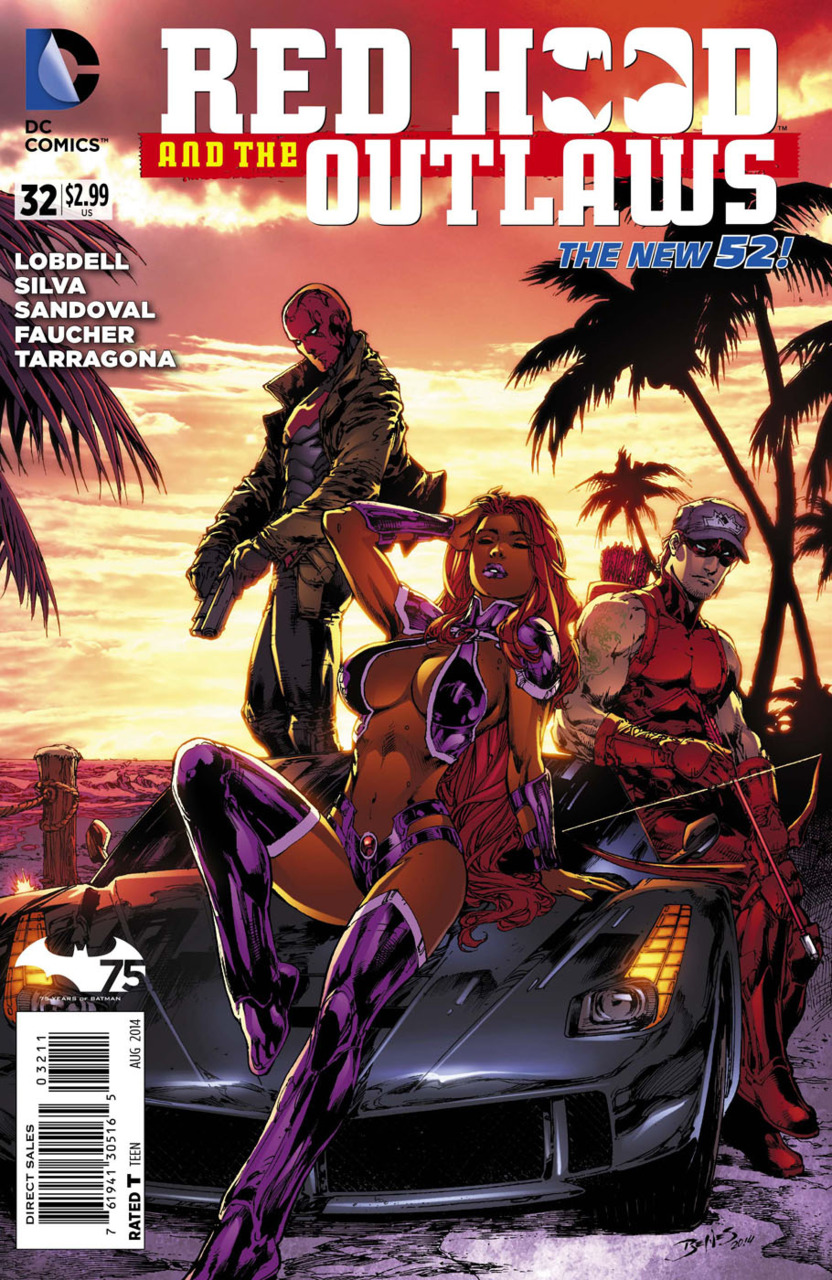 Well, Scott Lobdell is back on this book. I haven't heard good things about his writing, so when I picked this book up for the first time, I was expecting it to be a train wreck…

I actually had a good time reading it. Was it one of the best books out there? No. Not by any means. But Lobdell kicks back, and has some fun with this book. It tells it's own self-contained story, and it has a blast doing it. The characters are, at times corny, and say weird, and forced dialog. But it's completely self-aware that it's doing this, and plays off that. This is the fine line books take when doing this. They can either suck completely, and irritate the mess out of you, or they can ride with it, and have fun.

The problem I had with this, was the art. Not that I hated the art, it's just that I don't like it when they have multiple artists doing a single issue. RB Silva & Wayne Faucher taking car of the first half, and Rafa Sandoval & Jordi Tarragona doing the second half. Although Matt Yackey on colors did a nice job of blending both, I felt like the cartoony / animated style of RB Silva matched this book's tone much better. His art reminds me of Huberto Ramos from Spiderman, especially in characters faces.

This is a great issue to jump on board with. Lobdell catches you up on what's been going on, but doesn't spend much time doing so, making you jump right in to a new adventure with these guys. I felt at ease reading a book that's thirty-two issues in, without feeling likeIneed to go back, and fill in the blanks. So that was impressive to me.

Red Hood is in disguise, infiltrating a terrorist organization, who is on a plane with plans of destroying the Pentagon. Jason jumps out of the suit, and beings firing at everyone in the room. Roy takes out the pilots and tries to keep the plane in the air. A hologram appears in the cockpit with Roy, and threatens him with a bomber flying near them. It drops a nuke, and Starfire takes care of it by dropping in into a body of water and disarms it.

We then see the holographic guy and his minions residing in a swampy area, watching the Outlaws on monitors.

(Here's where the art changes. Now you can't unsee it.) The Outlaws land the plane and head inside a building when an explosion happens, and the team blacks out.

They awaken inside a containment unit, and are met by Dr. Kirk Langstrom, as he works for S.H.A.D.E. now. They want Kori to have a look at something. It's some alien spaceship that collided with a NASA station recently, and Dr. Ray Palmer (Atom!) tells Kori, that the ship has been calling for her. And quoting from Star Wars, 'You're our only hope.' She goes inside the ship, only to bolt out later, screaming.

This issue was really fun. Wasn't the best comic I've read this week, but I really liked the difference in tone this book has, and I hope it continues on this track.