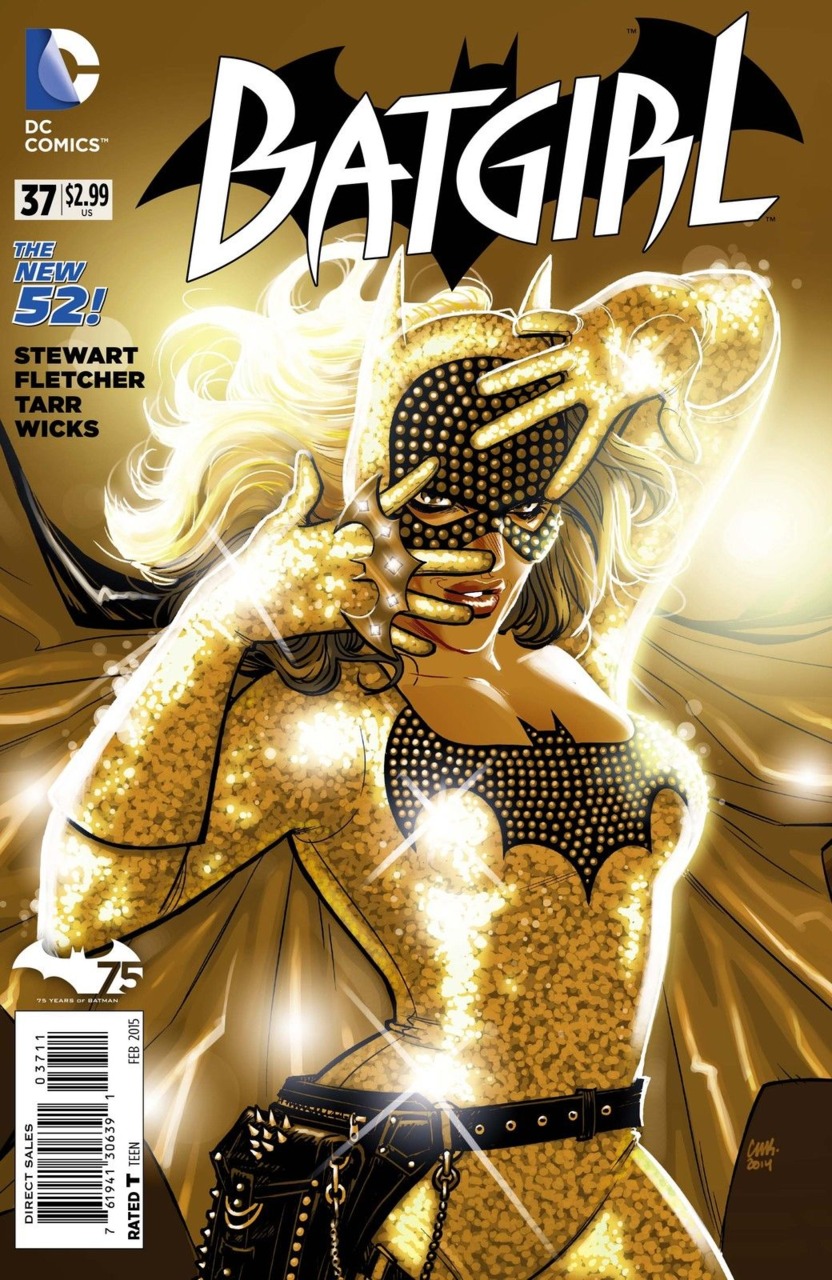 THE PLOT: A new artist at Burnside named Dagger Type has made Batgirl his muse for a series of pretentious artworks. Meanwhile, Batgirl hunts for an imposter who’s been making waves on social media by participating in crime. The two instances of newfound fame are connected, as Barbara delves further into the mystery of who knows and is exploiting her identity.

MY THOUGHTS: This was another fun issue in what has now proven to be the start of a very successful run. Batgirl #37 keeps the fun and excitement of the new era by gradually developing its plot in the background while having every single adventure be entertaining and worthy of the Batgirl character. This book has made me a fan of Barbara Gordon again, as my affection for the character had been in a downward spiral for a long time. She’ll never be my favorite Batgirl, but she’ll always be one of my favorite Batman characters, and this comic by Stewart, Fletcher and Tarr just adds more fuel to the fire of why Babs Gordon is worth reading about.

This series reads like a well-constructed TV show. Much like Batman the Animated Series, this story begins with a set piece that beguiles the reader into a mystery which forms the plot but keeps from getting too wrapped up in itself. The Batgirl imposter is a concern and a central one at that, but we’re still developing Babs’ new gadget guy Qadir, Batgirl’s growing popularity in Burnside, and Barbara’s growing harem of sexy men. Last issue when I discussed the introduction of Jeremy, I brought up the fact that he followed a trend of older young guys who serve as Batgirl’s love interest. In this we’re introduced to a cop named Liam who’s named after one of the hunky Hemsworth brothers and is drawn like Kristoff from Frozen. I like love triangles in comics, and it’s been a while since I think we’ve seen one in the Bat-books. This guy has obvious shades of Jason Bard, reminding me specifically of Batgirl Year One, but I like the addition of another guy rather than focus on just one dude.

The only problem I had with that scene was that Liam identifies Babs as Jim Gordon’s daughter not far away from Dagger Type, who knew he was getting beaten up by Batgirl. He may not have heard her name, but I would’ve liked some more concern on Barbara’s part to keep her identity more of a secret.

While we’re on Dagger Type, he was an odd villain to say the least. It’s like the Jawbreakers from the last issue in that these random fame whores will do anything to become big on social media, including willfully murdering a crime fighter. This guy was obviously insane, but I’m left wondering where our mystery man is finding these people. His reveal as the fake Batgirl was a startling twist, but I found more amusement at his art gallery. Having been an art major in college for two years, the Batgirl gallery and its commentary on modern young artists was ruthlessly dead-on. Going back to the Team Batgirl interview on BTO, they really aren’t making these types of people up. This kind of culture and mindset really exists, and it’s part of why I’m enjoying this run so much. From anime fandom to hipster art culture, each individual rendering of today’s 20-something society is wickedly accurate. I think one could gleam from these issues that the writers are making fun of ever subculture the comic tackles, but the writing never comes across as vindictive tomato-throwing at group of people it doesn’t like. Babs and pals exist within this universe, and these are its worlds. It helps keep these first few issues episodic and dynamic, but I do wonder where it will all lead to. There are so many aspects of youth culture that the book can conceivably tackle. When Batgirl is getting attacked by gamers through pastiches of Mass Effect and World of Warcraft, then I think we’ll see cracks in the armor. Until then, I’m still enjoying myself.

These issues are very straightforward, and there’s only so much praise you can heap upon something. This is quickly becoming my favorite comic each month, and it’s something I’ll continually recommend. If you want fun super hero action with a great hero, get into this series right now.