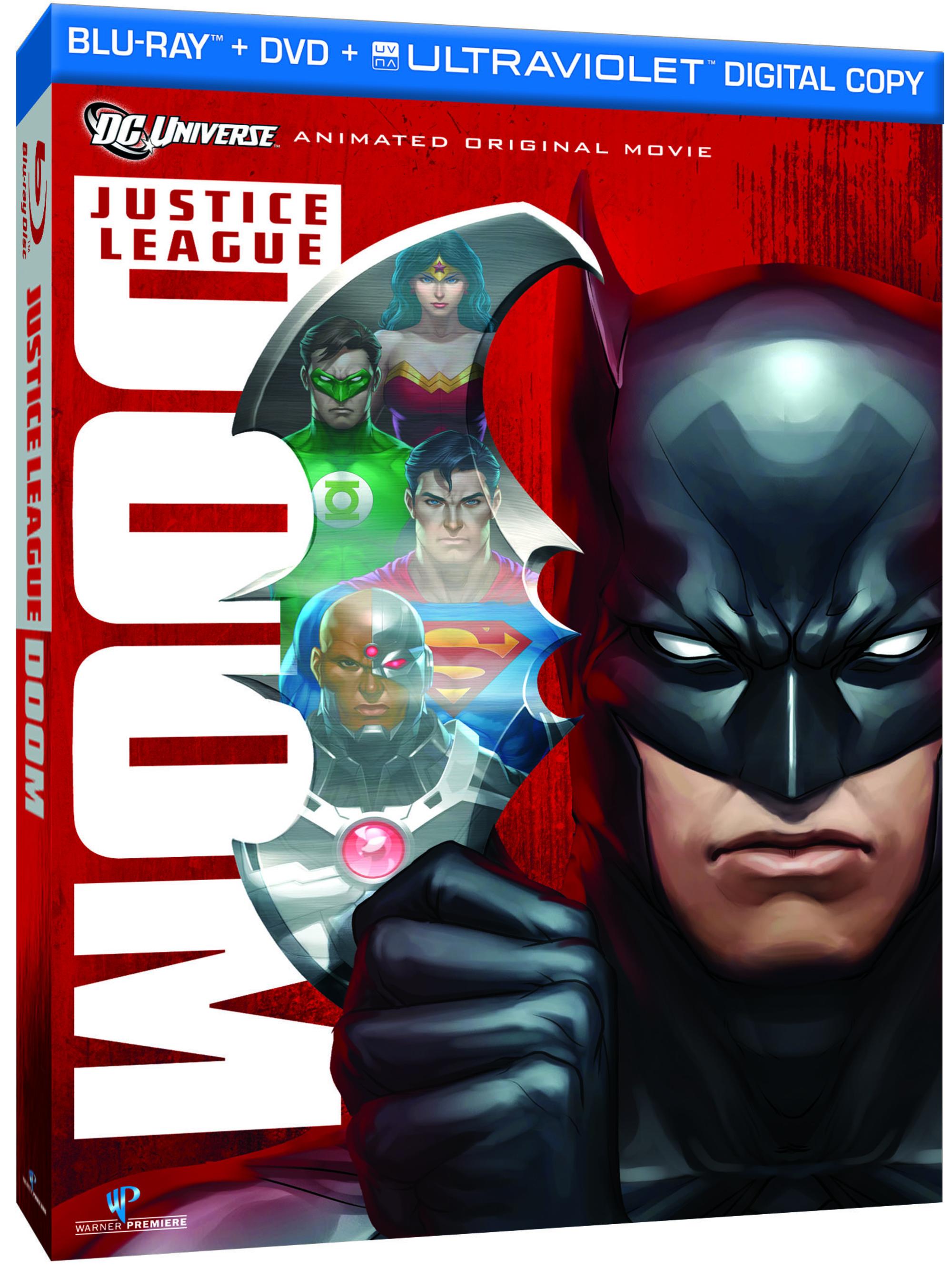 Justice League: Doom is the long awaited animated feature based on Mark Waid’s legendary Justice League series entitled, Tower of Babel. For those of you not familiar with the plotline, Batman’s contingency plans for eliminating members of the JLA (in the event that any of them turn evil or be under mind-control) fall into the wrong hands and are implemented. In the comic, these plans were in the hands of Ra’s Al Ghul. In the animated movie, it is Vandal Savage who has acquired them. The members making up this Justice League are slightly different than the ones in Tower of Babel. Plastic Man, Kyle Rayner, Wally West, and Aquaman have been replaced. In their stead are Hal Jordan, Barry Allen, and Cyborg.

The good news is, however, that the gang is all back. What I mean to say is, all of the traditional characters have been revived by their voice counterparts. Michael Rosenbaum returns to voice the Flash, as does Kevin Conroy as our beloved Dark Knight, and Tim Daly as Superman. A new addition, and a welcome one at that, is Nathan Fillion as Hal Jordan (reviving his brief role as Hal from the Emerald Knights animated feature). Beware, spoilers below Bat-fans.

For the most part, the story has not deviated too much from what we’ve seen in Waid’s Tower of Babel. Batman’s contingency plans for the JLA members are stolen from the Batcave computer and used for nefarious ends. Vandal Savage replaces Ra’s al Ghul. Yet, the most interesting addition is that each Justice League member are now each facing a respective nemesis. Batman vs. Bane; Wonder Woman vs. Cheetah; J’onn vs. Ma’alefa’ak; Green Lantern vs. Star Sapphire; Flash vs. Mirror Master; and, Superman vs. Metallo. I’ve personally been waiting for years for Mirror Master to show up in one of these animated features, as he’s underrated among the rogue’s gallery of villains for the scarlet speedster. Cyborg is the only odd man out, as far as who to square off against, but he tries his best against Vandal Savage. He’s also an auxiliary member that Batman has brought in to help investigate some rather advanced technology from LexCorp that the villains are utilizing for their master plan.

Ok, so let’s get down to it. The story is, honestly, pretty well put together. It lacks the betrayal that each member feels that is prevalent in Tower of Babel. Though, it does retain the scene where the League assembles to discuss the existence of Batman’s contingency plans. Batman’s responses are terribly appropriate, and angst-filled as ever. As an animated feature, this was honestly very well scripted.

It pays homage to the Superfriends by having Vandal Savage house his villainous allies in the Hall of Doom, and his team thus becomes the Legion of Doom. Well played DC. Very well played. Also, having a nemesis for each JLA member to face off against is far more visually stimulating than a JLA being unresponsive and angst towards Batman (though it did make for dynamite literature, Mr. Waid). Honestly, the only thing I didn’t like was that Superman is shot with a Kryptonite bullet by Metallo. This not only happened in the animated feature Superman/Batman: Public Enemies, but the comic of the same name it was based on. At least try and change it up.

All in all, an excellent addition to your DC Animated collection.