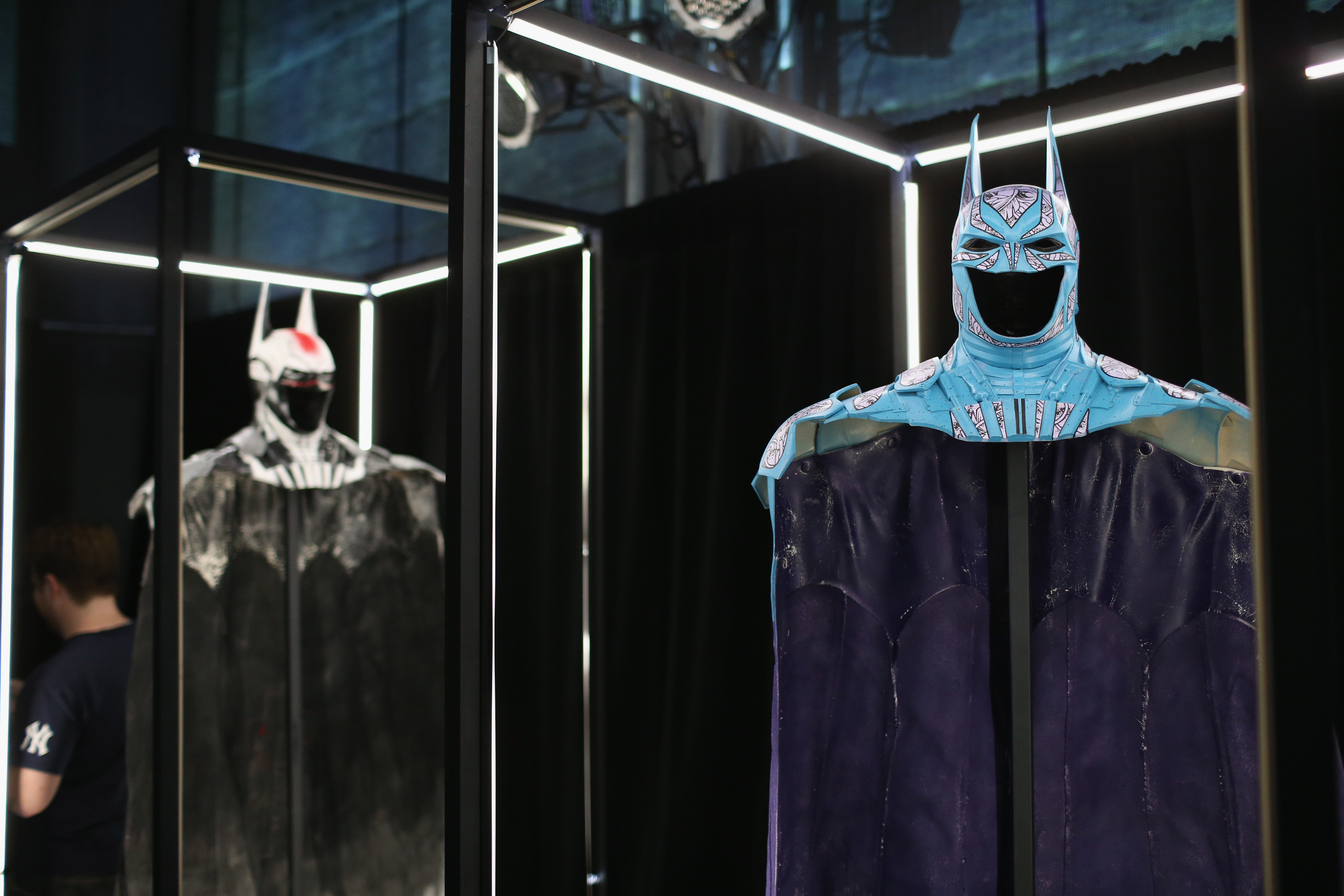 Warner Bros. Interactive Entertainment hosted Batman: Arkham Knight in the form of an exhibit at the Hard Rock Hotel in San Diego this year. The exhibit, previously announced at the beginning of the month, features a variety of cape and cowls designed or modifed by celebrities and artists including Zack Snyder and Will Arnett. Here is a look at the various versions shown off. DC All Access also released a video featuring the exhibit.

The exhibit can be seen Friday through Sunday 12-7PM at the Hard Rock Hotel.