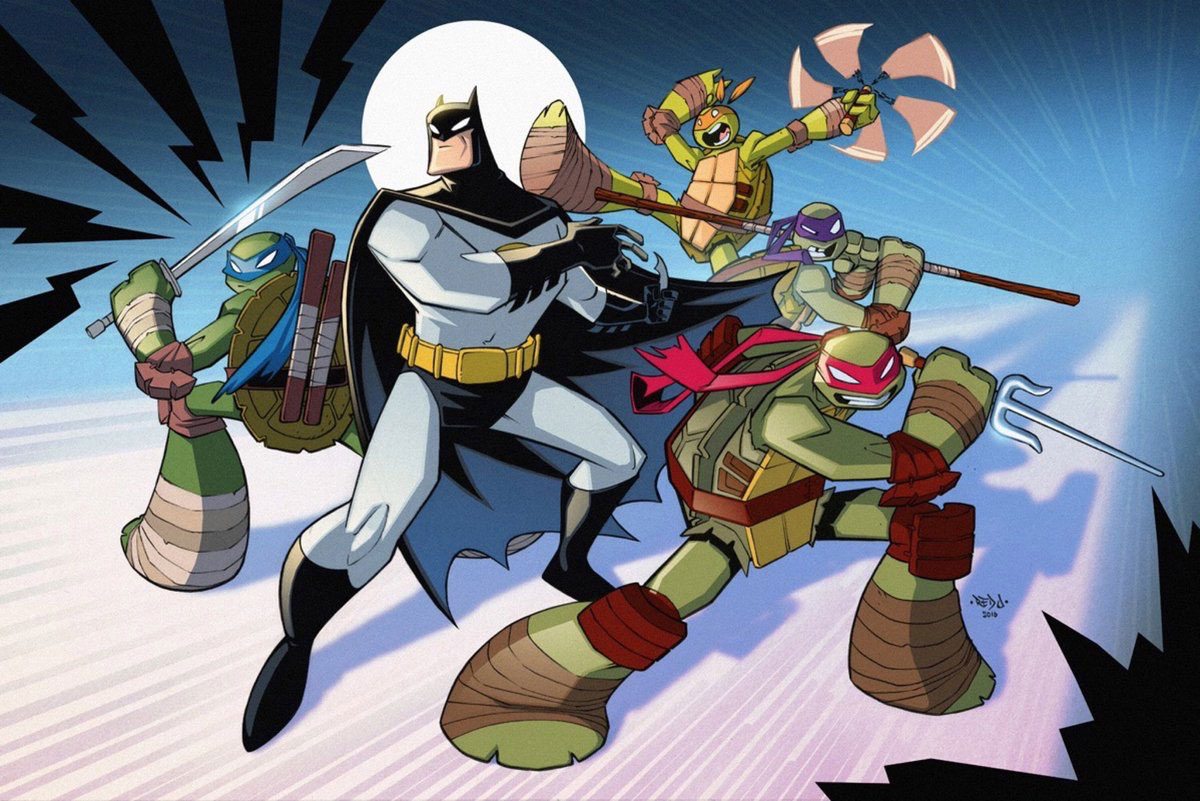 With all of the happenings at Comic Con this year, one might forget that the entire convention did get it’s start by focusing on comics. Sometimes though it seems that even the comic book publishers have a hard time remembering this as they tend to reveal very few news related items that haven’t been announced prior to the convention. That being said, there were a few news bits worth mentioning that pertain to The Batman Universe, and we are going to break them down. The first bit of news is the announcement of a new crossover. Batman/TMNT Adventures will be a new series that will release this November. After the recent success of Batman/Teenage Mutant Ninja Turtles, DC Comics, IDW and Nickelodeon are teaming up to feature the animated versions of the characters in their own crossover. Batman: The Animated Series will be the animated version the TBU characters will focus on while the Teenage Mutant Ninja Turtles will use the most recent version of the characters that is currently airing on Nickelodeon. The series will be written by Matthew K. Manning and drawn by Jon Sommariva. Although the release month has been announced, it is unknown at this time how long the series is intended to last. In other news, it was announced that Tom Taylor will be returning to the Injustice universe. Even though Injustice: Gods Among Us is wrapping up later this year, the Injustice 2 videogame is set to release next year. At the Injustice 2 panel, Taylor was on hand to announce that he will return to write more Injustice stories beginning next year. While there is no release date for either that comic or the game, both are expected to launch in 2017. The Injustice 2 comic series will be digital first and will continue to release weekly.

Taylor said this about the game, “Our overarching goal is to tell one complete story between the comics and the games. In writing Injustice 2, there are a lot less ‘Gods Among Us’ than when we started our story, but I hope to join Batman and the world’s finest heroes in cleaning up the mess an evil Superman and his regime left behind. I hope to repair Earth and bring back hope… but this is Injustice. Prepare for tears, comedy, triumph, devastation, shocking tragic twists involving DC’s most beloved characters…and Harley Quinn stealing every scene she’s in.”

And finally, Tom King revealed when talking to IGN, that the Joker story hinted at in DC Universe Rebirth, will be told in Batman. While no details were revealed, he did mention that we would see something in issue #9 which would be the first issue after the Night of Monsters crossover. So keep on the lookout for that.

That is everything from Comic Con in relation to Comic News. Not a whole lot, but some new stuff down the line.