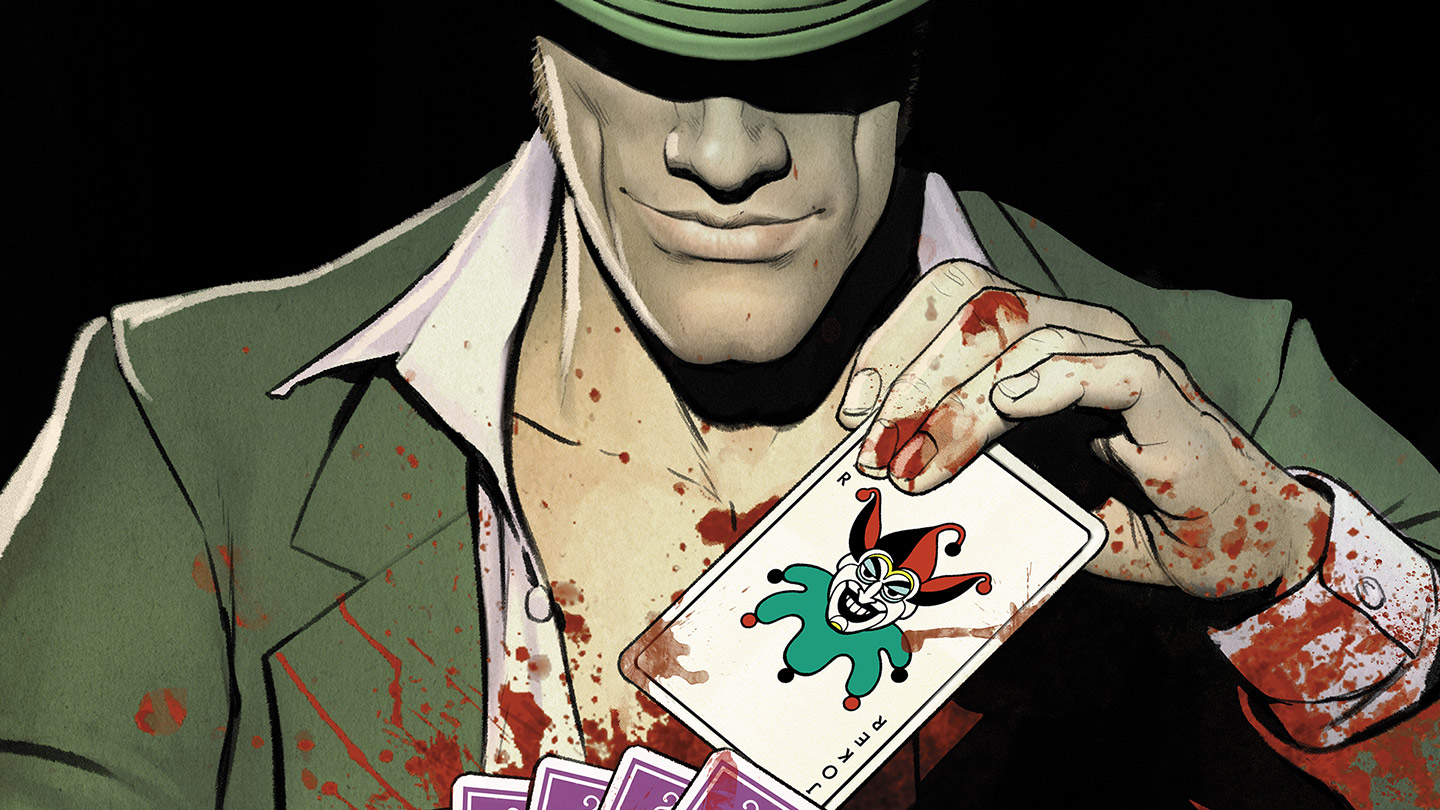 At Comic Con International, TBU was fortunate enough to speak with a number of the creators on various projects. This week, we will be bringing you all of those interviews each day.

We start off with a creator who is no stranger to The Batman Universe as he has worked on various titles for the past three years. Two years we talked to him about his work on Grayson, and last year we talked with him about launching the newly renumbered Batman title as part of DC Rebirth. A year into Rebirth and Batman conntinues to be a top mainstay on the sales charts. TBU caught up with Tom King to talk about the Button storyline as well as

TBU: Lots of interesting stuff happening with Batman lately, you just got finished with The Button, what was it like coordinating that and you know, all of this, yeah stuff that went into that?

Tom King: First, can I just say thank you for everything you guys do and I really appreciate your site.

TBU: Thank you. You give us content, if Batman wasn’t going back in time and fighting Reverse Flash, what would we be writing about on our website?

Tom King: [laughs]. The whole point of Batman is to get people talk about Batman, that’s the point of the book. If you’re paying $2.99 for a book twice a month, it needs to spark a conversation. It can’t just be about those eight minutes it takes to read the book; it has to be about the two hours you talk to your friends or listen to a podcast. I mean that’s the whole point is to do stuff that makes you think and makes you argue.

TBU: Yes. So, with The Button, what went into the planning of that? I know that we’re stretching all the way back from the beginning of Rebirth.

Tom King: Yeah, I mean that story goes way back and it was going to continue to go way far into the future, so that started with Geoff talking to me about it. I don’t know, but it feels like years ago. He wanted to continue the story [told in DC Universe: Rebirth #1] and sort of peek out. He approached us about doing in Batman and of course, we were like yes, that’d be great. So then we worked closely with Geoff and Josh Williamson, to make it all one story. All of Rebirth is one story and it’s a tale of, sort of the emergence of superheroes. It’s a tale of hope and goodness and how sort of good defeats evil. And so we wanted to have Batman bleed into that story and bleed out so we had set up a bunch of stuff that came right to it. It came right out, but it took a lot of planning.

TBU: And coming out of that, Batman’s in a funky head space. Over in Detective Comics he thinks Tim Drake is dead, so how does that all play into the proposal of him and Selina Kyle?

Tom King: Yeah, that’s all part of it. He is in that weird space that we sort of have been building up to this point where Batman is starting to deal with some of his emotional issues. In the “I am” sort of trilogy he was dealing with sort of his mother and the idea of what it means to not let your mother go when she dies. And then we in The Button he had him deal with this moment with his father. It’s incredibly important when his father says to him, ‘don’t be Batman,’ and both of those things put him in this weird head space. Then add the Tim Drake death to it, and he goes off and says, “to be happy I want to do something that’s not just about my parents’ death, I want to do something that’s about my own happiness.” So he proposes to Catwoman and whether that’s the greatest mistake or sort of the greatest decision of his life, that’s the mystery he has to solve.

TBU: And was the Catwoman proposal something that was in your original story ideas or was that stemming from all of the Rebirth plans?

Tom King: Oh yeah, no, no Catwoman proposal was there from day one and the aftermath of that proposal was what drives the story forward. If you go back and look at the alternate covers for Batman number one, about half of them feature Catwoman. And if you would ask me why is Catwoman on so many covers and I couldn’t tell them. My story is going to be a huge Catwoman-Batman story.

TBU: So this is a moment that you’ve been planning for a while?

Tom King: Oh yes, since issue one. Since before issue one, since Rebirth number one, yeah. And where this leads to is the moment I’ve been of planning forever.

TBU: Do you have any original villains coming up in the series?

Tom King: Yes. The arc that comes after Jokes and Riddles will have a whole new sort of setting and also a whole new set of villains, but I can’t talk about that much, it’s called a Dream of Me.

TBU: Dream of Me, sounds good and we’ll be looking forward to that. Are we going to see more of Kite Man?

Batman releases twice per month and the next issue, Batman #28, hits stores this Wednesday. Stay tuned for our next comic creator interview, which will be Mother Panic’s Jody Houser, tomorrow afternoon.