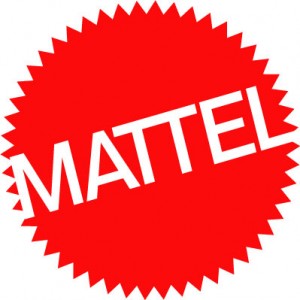 A lot more news was announced at the Mattel and DC Panel than at the earlier panel. Here are all of the highlights related to Batman.

-Mattel has formed a partnership with Diamond Distribution to distribute DC figures in Europe.

-Fisher Price will be releasing a line based off of the DC Superheroes including Batman, Batgirl and Joker.

-The Batman: The Brave and the Bold action figure line will continue through 2012.
-The Action League Series seems to be the replacement for the BTBTB Action League series with the TV series coming to an end. Batman will still be in the series, but it will feature a number of other DC characters including packs featuring modern comic stories such as Flashpoint, including Flashpoint Batman.

-Catman and Golden Age Batman were confirmed for the Batman Legacy line.
-There will be different packaging for the Batman Legacy line based off of the incarnation that the set of figures is depicted from.
-Kmart will have Batmite as an exclusive with the Golden Age Batman.
-Fall 2011 will see the release of Batman: Arkham City figures including Batman, Two-Face, Joker and never before announced Robin.
-Confirmation of the exclusive BAC figure at Toys 'R Us with purchase of the game. The figure will be Batman in the 1970's bat-suit similar to a character skin in the game. It was also confirmed that buying the game at Toys 'R Us will give code for unlockable skin in game for same bat-suit.
-There is no plans for a batmobile in the line, yet.
-Batman Legacy Two-Packs will see figures from The Dark Knight and Batman Begins including never released Jim Gordon and Joker Police Honor Guard.
-The line is planned to last longer than two waves.