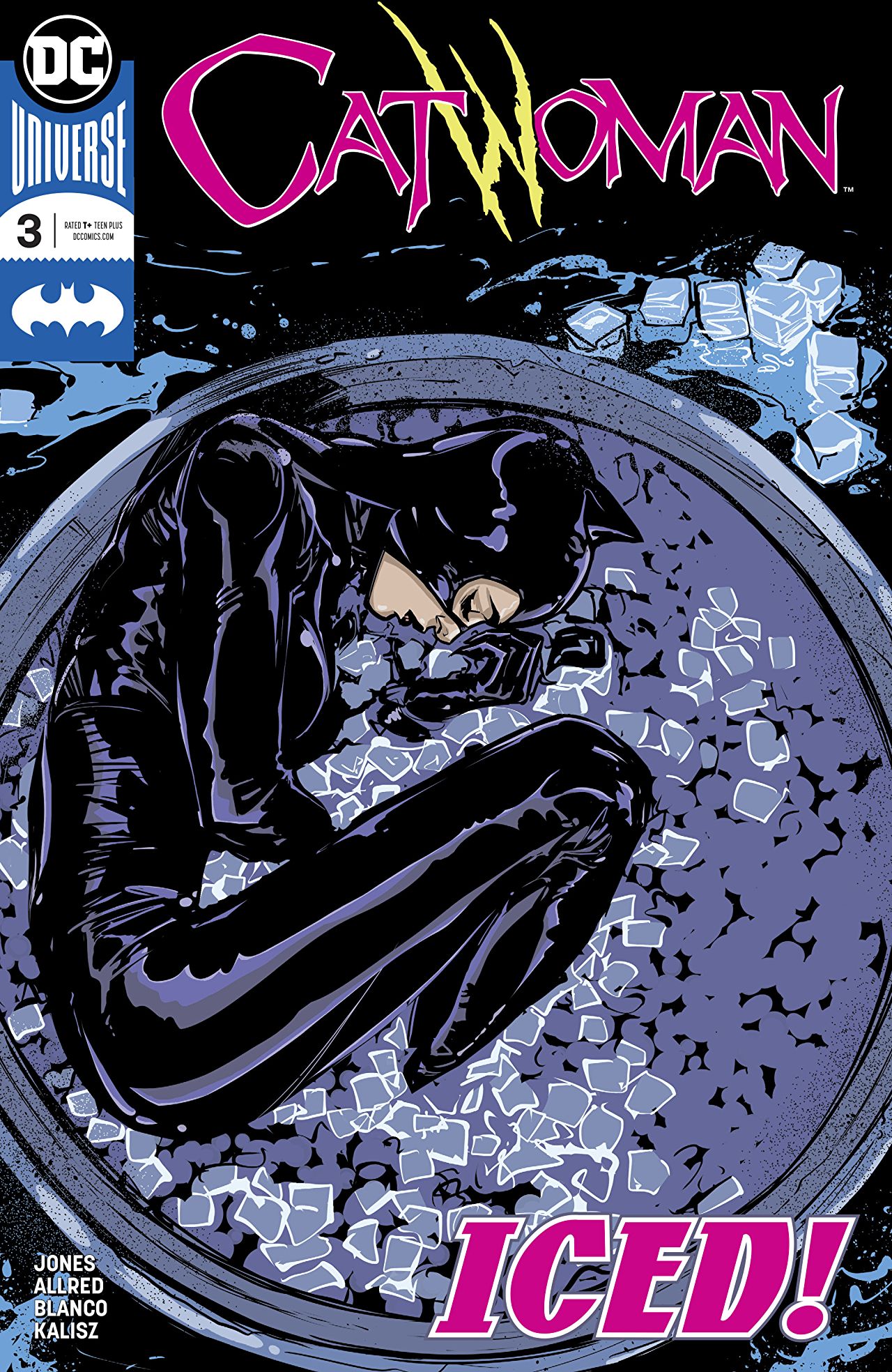 Overview: The Creel family tries to control Selina while she is in Villa Hermosa but cats don’t like to be leashed. We learn about the background of the Governor’s wife and see what she is prepared to do for success. Can Selina get what she came to Villa Hermosa for?

Synopsis (spoilers ahead): Selina visits with the local cop Sam and the Creel sons in what looks to be a fancy dress party for old people. It turns out that the Creel family set up the multiple Catwomen and the murder of the cop to get Selina’s attention. They tell her that if she wants to stay in Villa Hermosa she must cooperate with them. She says she is just in town on personal business and has no interest in cooperating with anyone. The old people attack her. She fights them off but takes a hard fall from a high place to get away.

Back at the governor’s mansion, Mrs. Raina Creel asks her husband why he didn’t discuss dropping out of the election due to his cancer diagnosis with her before he did it. As they cuddle in bed she tells him her story of the drama surrounding her first husband: how he was a married minister and she was seventeen years old and caught stealing from the church. The family took pity on her and invited her into their home. The children started mysteriously dying and the police determined their mother was poisoning them. With his wife in prison, the minister turned to Raina for love. They married but the loss of his wife and children were too much to bear and he reportedly killed himself with a pistol to the head.

Mrs. Creel tells her husband, the governor, how much she did for him and attacks him with a hypodermic needle saying he is useless to her now that he is dropping out of the governor’s race.

Selina has cuts and broken ribs from her fall but sets out into the night on a mission. She finds her way into a building and goes into a room where there is a red headed woman in a wheelchair, who Selina calls her ‘sister’.

Analysis: The most intriguing part of this issue by writer Joelle Jones is the telling of Raina Creel’s past. What she is telling her husband is contradicted by the art, first by hints, and then outright. The reality is that Raina is the one that poisoned the minister’s children and set his wife up as the fall guy. Then she seduced the minister and shot him, thus inheriting all of his substantial wealth. Raina is bad, bad news.

The other interesting tidbit is the at the end. Has Selina gone to visit her sister Maggie? If so, why? It appears as if visiting Maggie was Selina’s purpose in Villa Hermosa all along. Does the visit have to do with her cancelled marriage? Why would she want to visit her crazypants little sister now of all times?

These are a lot of questions and suddenly I am very interested in finding out the answer. The story has snuck up on me, I think the way Jones contrasted with Raina’s story about her past with the reality made for a fun comic book reading experience.

Joelle Jones also did much of the art but some work was done by Fernando Blanco, colors by Laura Allred and John Kalisz and letters by Josh Reed. The work here is solid. There are a lot of pretty violets and dark blues in the palette though the colors do change to keep things interesting. There is a lot of detail in the lines and the look is just this side of scratchy. The art clearly portrays the plot. The scenes of Catwoman going from rooftop to rooftop at night are very beautiful.

Final Thoughts: Joelle Jones’ Catwoman is getting more intense. We see the lengths an adversary will go to to get what she wants and we get a hint of the purpose of Selina’s visit to Villa Hermosa.