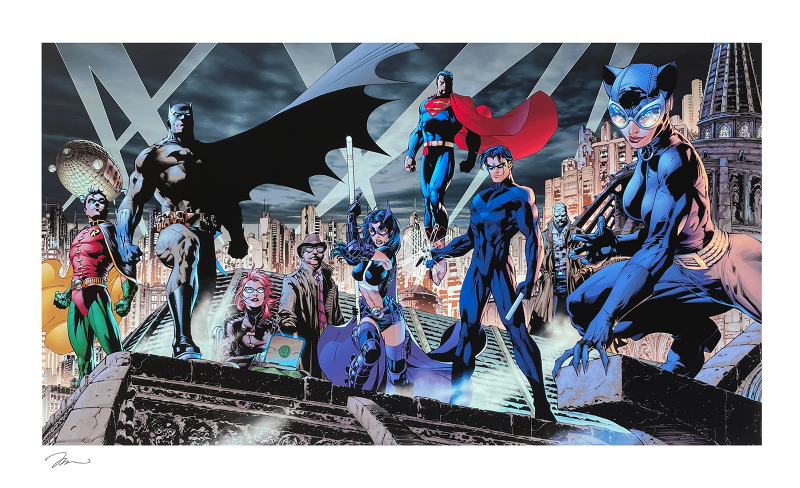 Sideshow Collectibles has released details for their latest fine art print, which features the heroes of Batman: Hush by Jim Lee. The piece was originally a triple gatefold cover for Batman #619. This specific print is offered in conjunction with Clampett Studio Collections and comes hand-numbered and signed by Jim Lee. The print is part of a limited edition of two hundred and fifty. It is priced at $655 and oddly there is no listed expected ship date. You can preorder the print by heading over to Sideshow Collectibles.

Taken from the renowned series Batman: Hush, which premiered in 2001, “Heroes” is one of the two triple-gatefold comic book covers for Batman #619; the final edition of the Hush series. This final edition was published in November 2003. Rendered by Jim Lee, Lee’s style is noted for the definition and detail he incorporates into his superhero images. Each piece is hand-numbered and has been signed by Jim Lee.

DC Comics fans, be sure to add these Heroes to your gallery today!