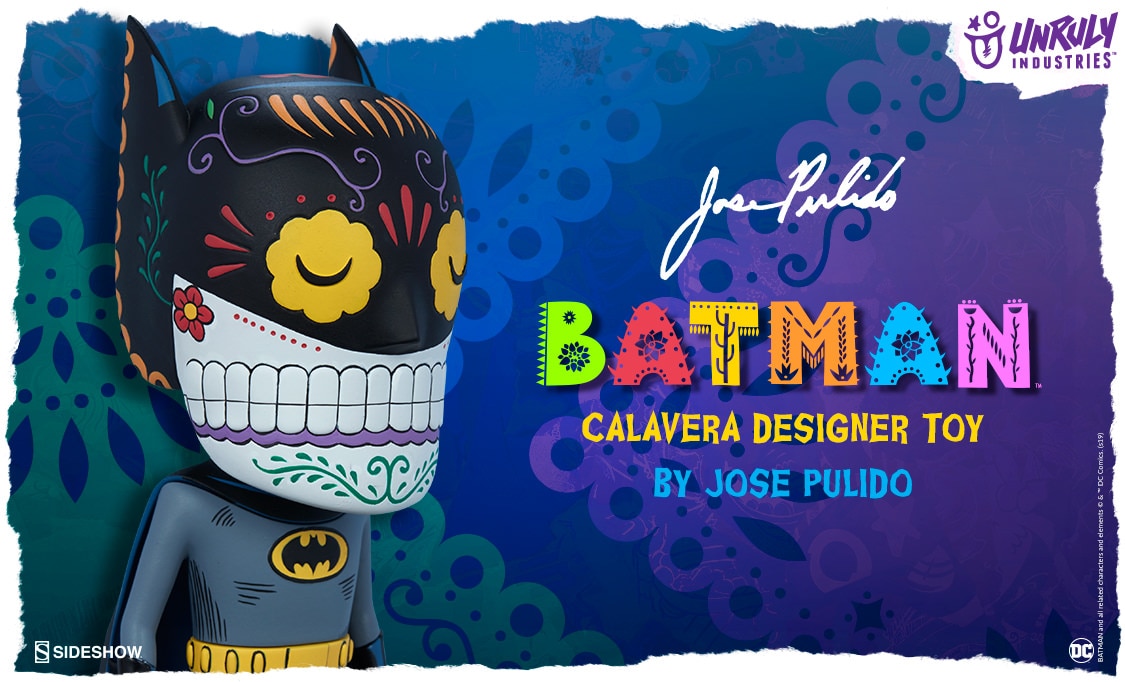 A new series of designer toys has been announced by Sideshow Collectibles. This new series, called Unruly Industries, features a variety of artists who have been allowed to redesign various characters and create a figure based on those designs.  These are some truly unique collectibles. Coming soon for Bat-Fans will be some new takes on Batman, Harley Quinn and the Joker.

Batman, Harley and Joker will all be calavera designs (similar to the skulls seen in Day of the Dead celebrations) by Jose Pulido. While preview images have been made available, more details on price and release date will come later.