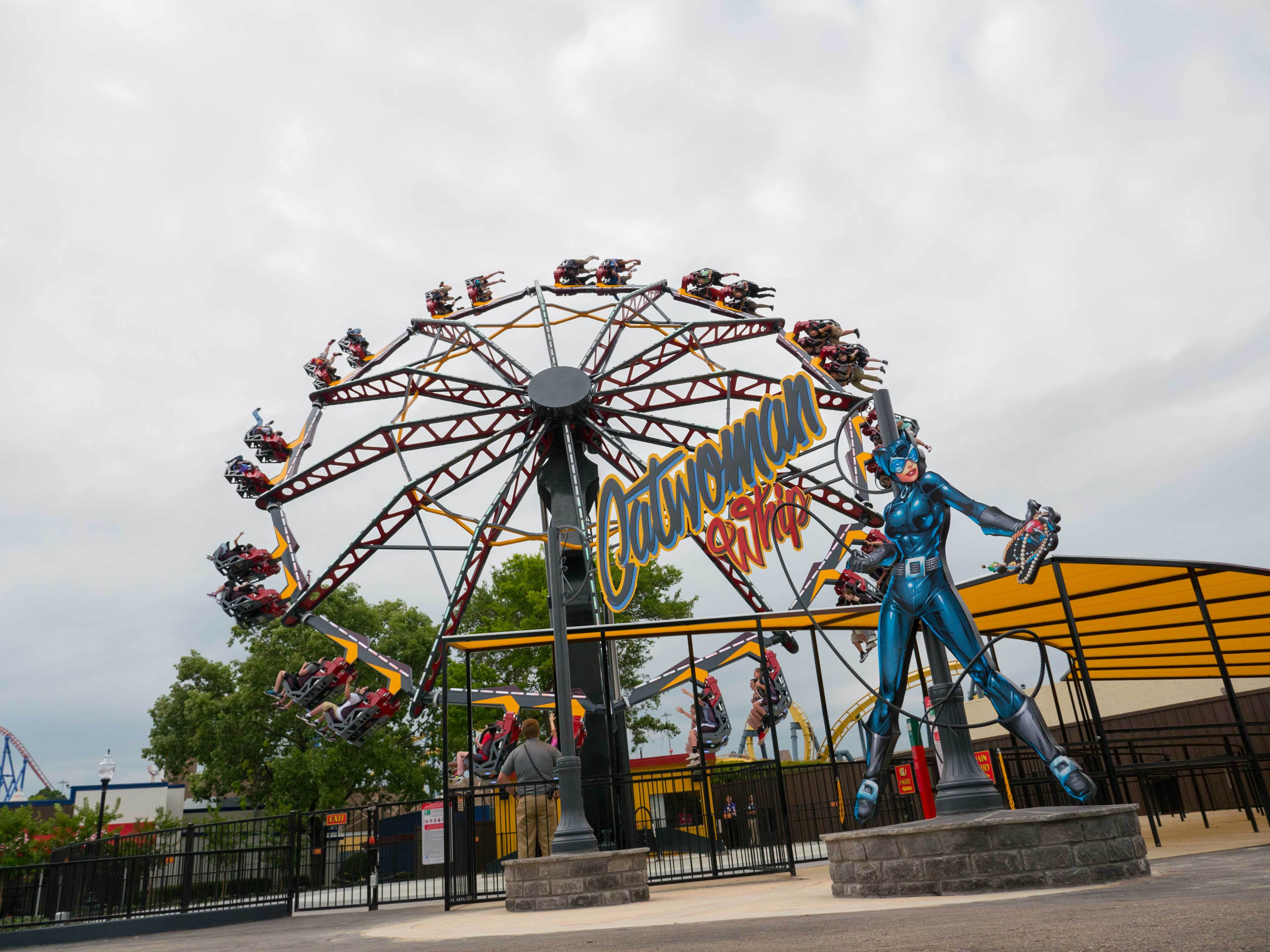 Fresh off a “sparkling” new Gotham with Batman v Superman, another take on the infamous fictional city is getting an upgrade. Six Flags over Texas recently opened an expanded Gotham section in the park, with three new rides focusing on different rogues of the city’s Dark Knight.

The Riddler Revenge, Catwoman Whip and Harley Quinn Spinsanity will help expand the parks appeal to fans of the Caped Crusader, with Six Flags over Texas president  Steve Martindale stating “These rides are real crowd pleasers and will make an impactful addition to the parks already iconic landscape”. With the Riddler Revenge propelling guests 147ft in the air, Catwoman Whip spinning and tilting up to 48 riders and Harley Quinn Spinsanity dishing it’s own variation of the classic tea cup attraction, there’s something for everyone to enjoy in the crime ridden capital of the world.

Does this expansion to Batman’s world interest you in a visit to the park? Let us know below!