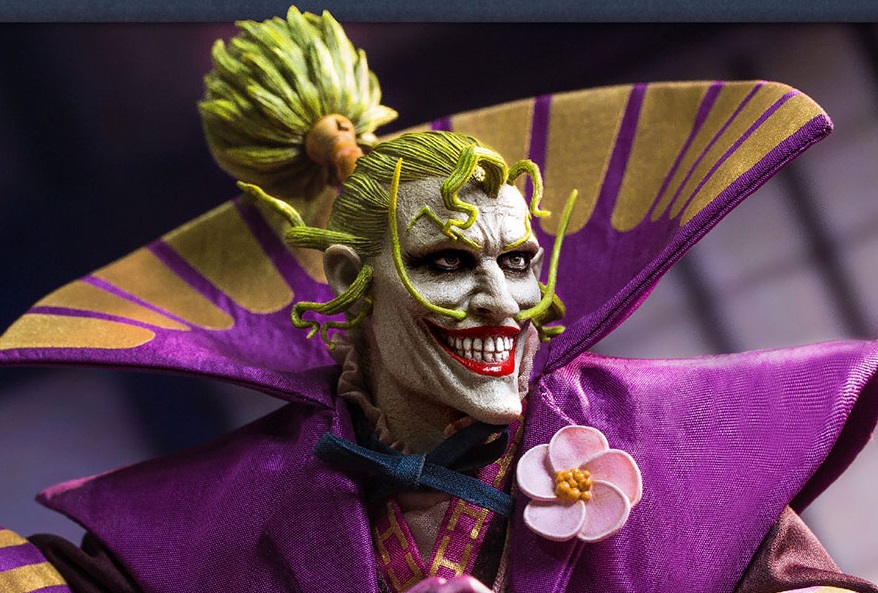 Earlier this year, Star Ace Toys announced a one-sixth scale figure based on the Batman Ninja film. Lord Joker was available in both a regular and deluxe version. It seems that the figure was in some way popular enough to offer one more additional version. This “special version” is a scaled-down version featuring fewer accessories than the previous versions. That means the price drops as well as it is priced at $219. The figure is expected to ship between April and June 2021. You can preorder the figure at Sideshow Collectibles.

“Haven’t you heard? Everyone’s been calling me Diruku Tin Mao, the Demon King, the Most Powerful Man in Japan! But you can call me… Lord Joker!”

When Batman, his sidekicks, and villains are transported back in time to Feudal Japan, Joker becomes a warlord and rules the land as Lord Joker. Without his modern technology, Batman and his allies must take on the powerful crime lords using only the weapons available.