The Super Sons Return in New Series from Tomasi this August 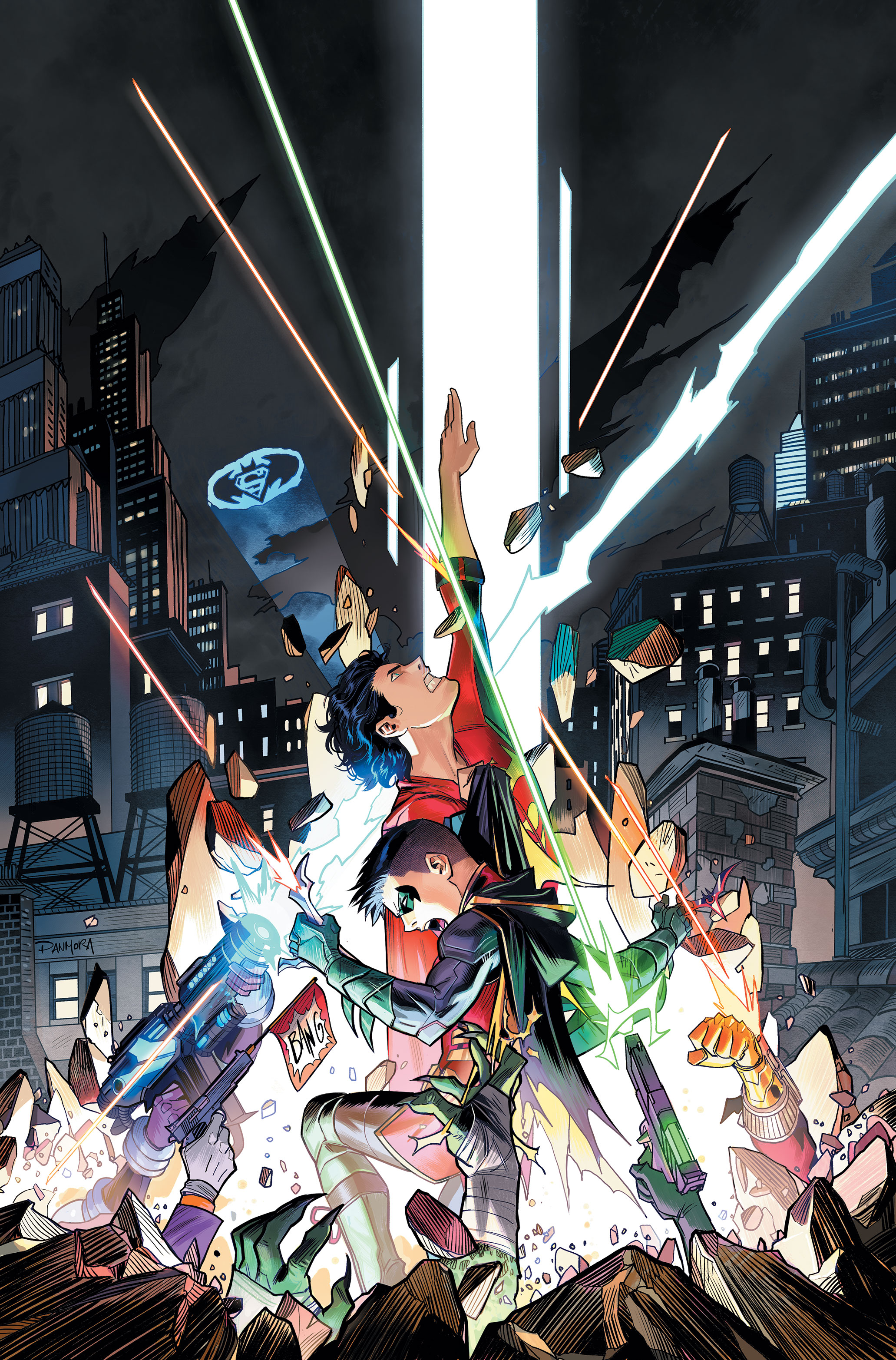 While it was a bit of sad news that Super Sons would be ending this month with issue #16, all hope is not lost as writer Peter J. Tomasi and artist Carlo Barberi have revealed that they’ll be bringing Superboy and Robin back in an all-new series, Adventures of the Super Sons. The new series will continue right where the old series left off but is also being advertised as a jumping on point for new readers, which means it’ll be the perfect entry-point for those looking to see what all the hype for the previous series was all about. According to Paste Magazine:

The first issue introduces a group of alien troublemakers known as the Gang, who idolize Earth’s villains and emulate them in their own unexpected ways. Tomasi also teases that Robin and Superboy will venture through intergalactic tour of DC’s different genre comics over the course of the series, from Romance to Western and everything in between.

In an interview with Paste Magazine, Tomasi points out that the series has been aimed at younger readers and how that audience is helping the series move forward.

Super Sons has been an amazing opportunity to write, and as I said earlier, seeing parents and kids enjoying the book has been great. It’s the kind of book that’s a gateway to the DCU. It pulls in younger readers, and that’s not a bad thing. All companies want younger readers and I think Super Sons has luckily done that job for DC, and they’ve seen that and noticed it and are responding in kind by continuing the adventures of Damian and Jon.

The first issue of Adventures of the Super Sons hits stores on August 1.