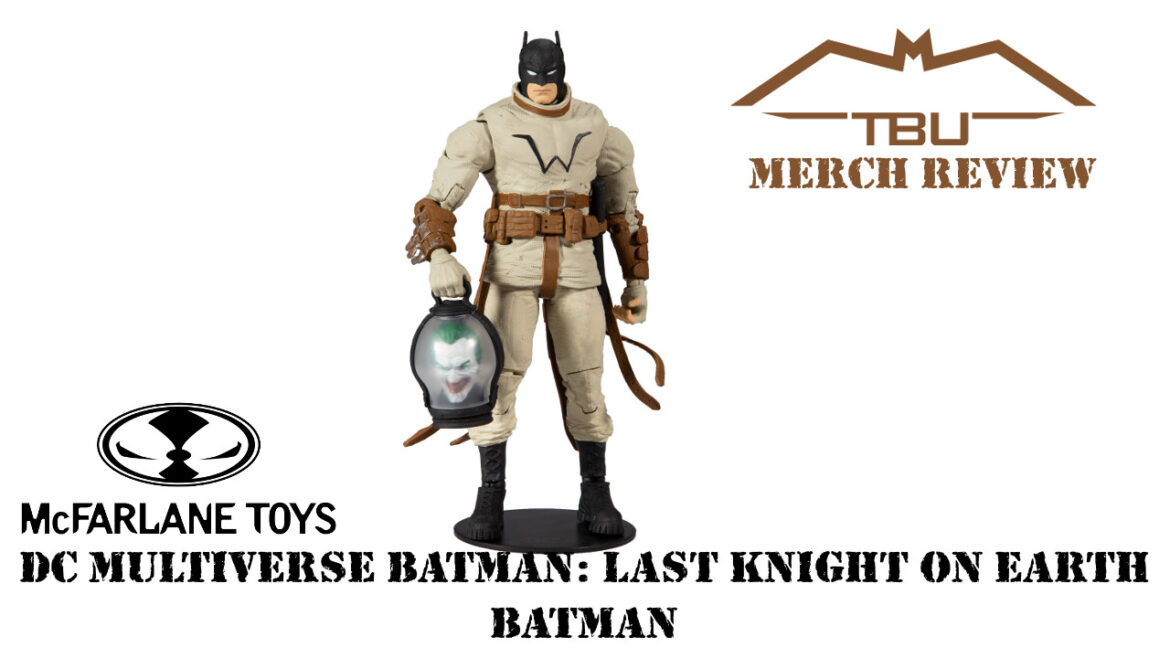 As we approach the beginning of summer here in the US, I have obtained a large number of items in preparation for reviews for the next couple of months. One of the things we have been reviewing a lot lately is the all-age figures. We haven’t given as much focus to the adult collector figures, but in the coming months, you can expect to see a lot more of the McFarlane Toys action figures here on our weekly TBU Merch Review series. This week we start off with the McFarlane Toys DC Multiverse Batman: Last Knight on Earth Batman action figure.

This figure is based on the comic series Batman: Last Knight on Earth that first released in 2019. Written by Scott Snyder and featuring art by Greg Capullo, this, in some ways, was a swan song for the creative team who had worked on the Batman title together during the New 52 era. The series was described as an out of continuity series that depicted how Snyder and Capullo pictured the end of times for their Batman. The story presented some interesting elements for fans and harkened back to the days of DC Elseworlds titles.

The figure, while Batman in appearance, is actually a clone made from a machine that Bruce Wayne created. His batsuit is made from asylum garb with a straight jacket making up the bulk of the suit and leather straps used for the details including the cape. It is also hard to not notice the fact that Batman is carrying the head of the Joker around in a lantern of sorts. Without ruining the story, which is worth reading if, for nothing other than the pure imagination that went into the story, this Batman has to deal with multiple threats in the future. Let’s take a look.

If you are interested in purchasing the figure, consider buying it on Amazon using our affiliate link to help support TBU. You can find the McFarlane Toys DC Multiverse Batman: Last Knight on Earth Batman on Amazon now.