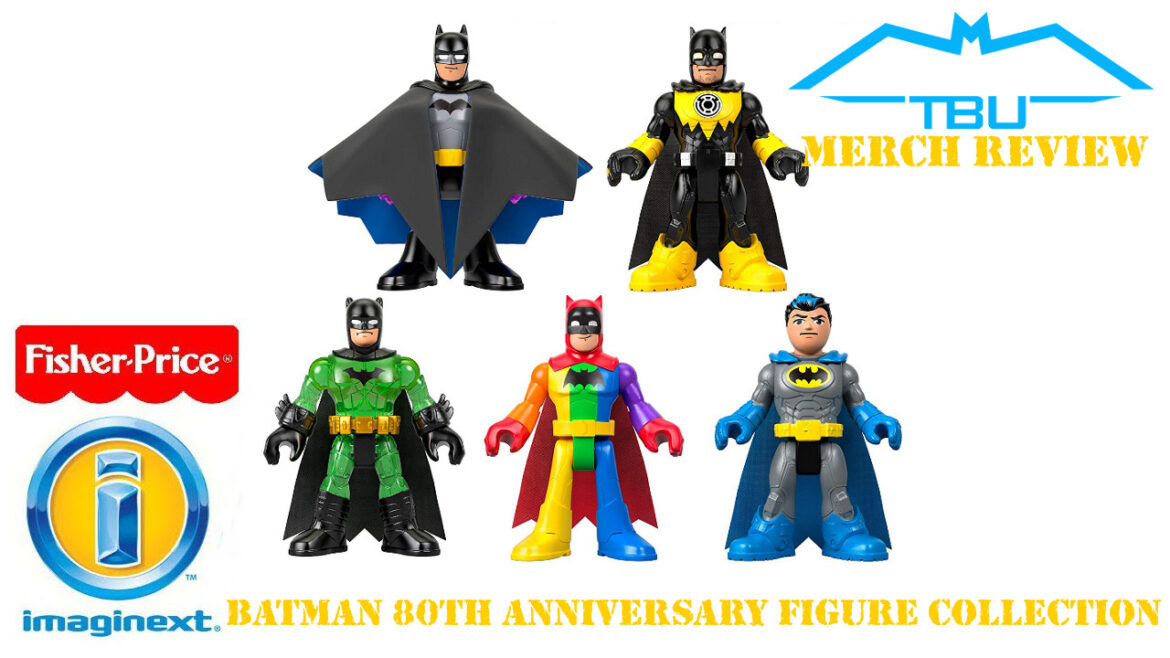 In today’s TBU Merch Review, we head back to the Imaginext line. As we cover various items that have been released in the past few years, but are still readily available, we have come across a unique set that celebrated a milestone in Batman’s history. Today we are taking a look at the Imaginext Batman 80th Anniversary figure collection from Fisher-Price.

Doing some research prior to the review, there was some interesting information that was uncovered. This set was actually revealed as a Target exclusive set back at Toy Fair in 2019. We reported on it at the time alongside the other new offerings for the year. This set was different than the typical Imaginext figure sets as it was clearly geared towards collectors rather than a standard figure set found on store shelves. From the packaging being different than standard figure collections to the detail given on the packaging, this set is different.

Different in a good way, that is. The back of the packaging shows exactly what comic appearances that the five figures were influenced by. Most of the figures are just different paint patterns than some of the other previously released figures. The main figure that has a huge difference is the first appearance Batman figure. This figure dons a new cape that has not been seen on any other figure at that point to our knowledge. That said, it makes sense, as it was also the only other figure as part of the line that was included in another exclusive line.

Most fans will have a favorite figure amongst the five that come in the set. So let’s take a look.

Out of the five figures, which one was your favorite? While originally announced as a Target exclusive, the set eventually made its way to Amazon and is now listed as an Amazon exclusive. So it is unknown whether the set was ever released by Target, or if it just was originally intended to be released that way when the set was announced. That said, if you are looking to purchase the Fisher-Price Imaginext Batman 80th Anniversary figure collection, consider using our affiliate link on Amazon, as doing so helps support future reviews and everything else we do here at TBU.