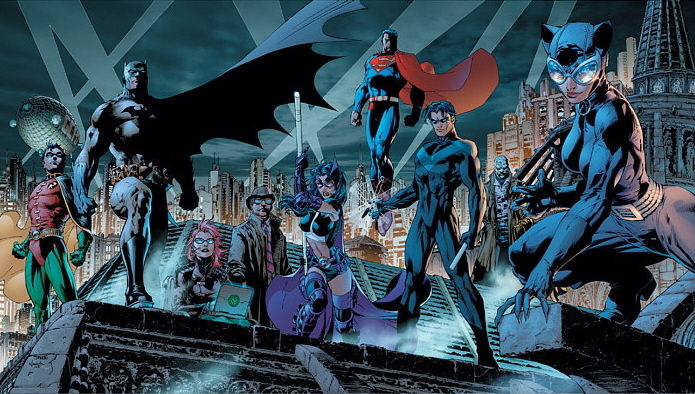 Disclaimer: These are my Top Ten Batman titles and although they should… they may not reflect the entire staff of TBU’s opinion. This one reads like a classic horror story with Batman in the middle. This is also one of the few great stories that feature Jason Todd as Robin. This story introduces the Court of Owls, one of the freshest and innovative new concepts for the Batman Universe in many years. The story also puts real mystery back into the world of Gotham City as we begin to wonder if we know the place as well as we think we do. There has been many Elseworlds stories that I’ve enjoyed over the years, but this one is the best of the bunch. The focus on Martha Wayne as opposed to Thomas was a welcome change, and the setting in a proto-steampunk Gotham seems like an absolutely perfect one for Batman. This is the story in which a much closer look is taken at Batman’s Rogues Gallery than you or I may be comfortable with. Here, we are presented villains commonly seen as mentally ill. These are real, in-depth characters, not caricatures that comic book villains so often become. The art is an absolute one-of-a-kind treat, as well. The definitive Batman origin also serves as maybe the best Jim Gordon story. This story is packed with tons of iconic imagery and may be best known for the now-famous scene with Bruce and the bell. For fans of Batman and Frank Miller. Also serves as a sneaky Jim Gordon Jr. origin story. This story very much feels like a sequel to “Year One”, and in many ways it is. “The Long Halloween” is another one that adds layers onto the Batman Universe as we know it. Fans of Two-Face will be particularly happy with this story, as it puts him in the spotlight with amazing results. 4: Death of the Family

This was everything I ever wanted in a Joker story. The plot is new, fast paced, and contains a real mystery that needed a real answer. The reinterpretation of the Joker as a Moriarty-type figure is pure genius and puts the Joker once more on the top of the Batman villain wall. This is without a doubt the longest story on the list because it spanned over 80 issues throughout 1999-2000. The cast of characters is seemingly endless and the story itself puts a lot of them in new and unique circumstances. If you have s spare month this year with nothing to do, I urge you to reread this story. The story that launched a hundred more. The Dark Knight Returns (more commonly known as DKR) has been paid homage to more times than any other story in the history of the medium, and for good reason. This story is Frank Miller at the top of his storytelling prowess. This is the best of the best in my opinion and it does everything you want a truly special story to do. Besides the introduction of an instant classic character in Hush, this story also gives us all the classics yet without making them feel forced. Jim Lee’s amazing art is the cherry on top of this masterpiece.

Thoughts on the list? Be sure to leave your thoughts below.