TDKR Fan Art: The Good, The Bad and the Ugly 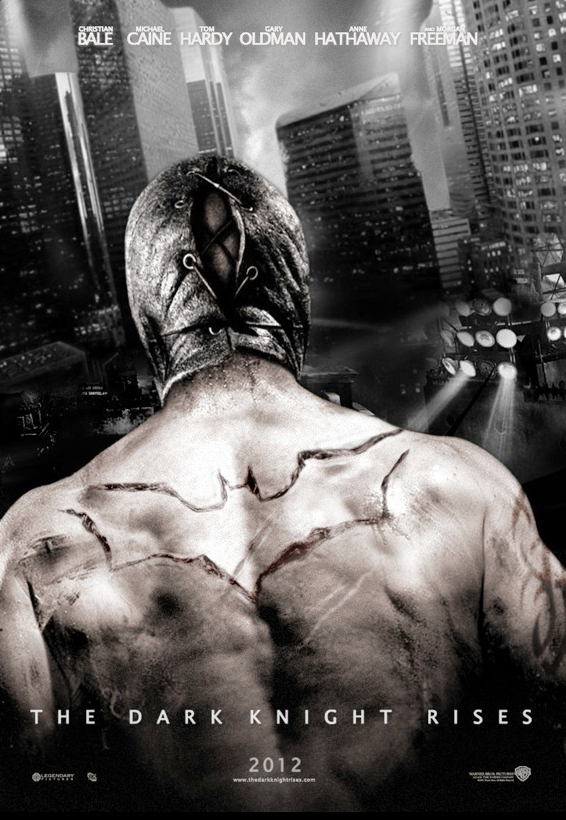 So I have shown you a number of good pieces of fan art for the upcoming The Dark Knight Rises. It is interesting seeing some of these online, but it is even more enjoyable critiquing them. So, I am going to go through a bunch of the ones on the net and make some comments about whether or not they would be believable or not and the quality of them. I'm going to scale some of these down so the post doesn't become to long, but feel free to right-click and view image to see them in all their glory.

This one is interesting. I don't think that this would be something Nolan and company would go for, but it is put together pretty good. I can tell that they used the character from the movie The Collector, but it is an interesting take on what Bane could be.

Well, this one screwed the date up, but then again I don't know when it was made. Deadshot could be an interesting character and this poster does that character justice.

Clearly the Riddler is not going to be in The Dark Knight Rises, but this was a piece made back when we didn't even know the title of the film. I think it is great that they incorporated The Gotham Times with articles similar to what we would have seen in the ones from the viral marketing campaign.

This is a newer one on the internet. This is as simple as it comes, but it is still really good when thinking about the possibility of Bane breaking Batman's back. Not likely to be used, but a nice reminder of what could happen.

Another simple one, or is it? This would be cool to use if Hugo Strange was in the film, or just involved a lot more of Arkham Asylum. What do you see?

Another one that won't be used, but this is one of the best ones I saw before the title was announced. Makes Riddler look very sinister and uses Guy Pearce's likeness almost as if it really is him dressed in green.

I have shown this one in the past, but if the rumored script that included Black Mask and Deadshot actually happened, this one and the earlier Deadshot posters would work perfectly.

This is another one I have posted before, but this one still resonates as the best one I have seen so far. It reminds me of the poster from The Dark Knight where he looks out of the penthouse. This time he is outside being hunted.

No title. No Date. They did a good job of layering the images, but this turns out better as a early nineties action movie poster than a Batman film by Chris Nolan.

This one is not that bad overall. It has the name and date, so it is already a step ahead of the last one. But the different images seem to be too undetailed. The smoke looks fake. The road in the middle of the signal seems to be a shadow. and the signal seems to be ripped from the burning building from a poster from The Dark Knight.

This doesn't look like anything that would be associated with Chris Nolan's films. What it does look like is a poster for a seventies film about feminism with a prostitute as the main character.

Now, clearly this was meant to be a joke. Batman will not be rising from the dead. I will give it to the artist though, they did a good job with all of the detail.

So what do you think? Which one sparks your interest? Have you seen another good one that I did not post? Leave comments in the section below.