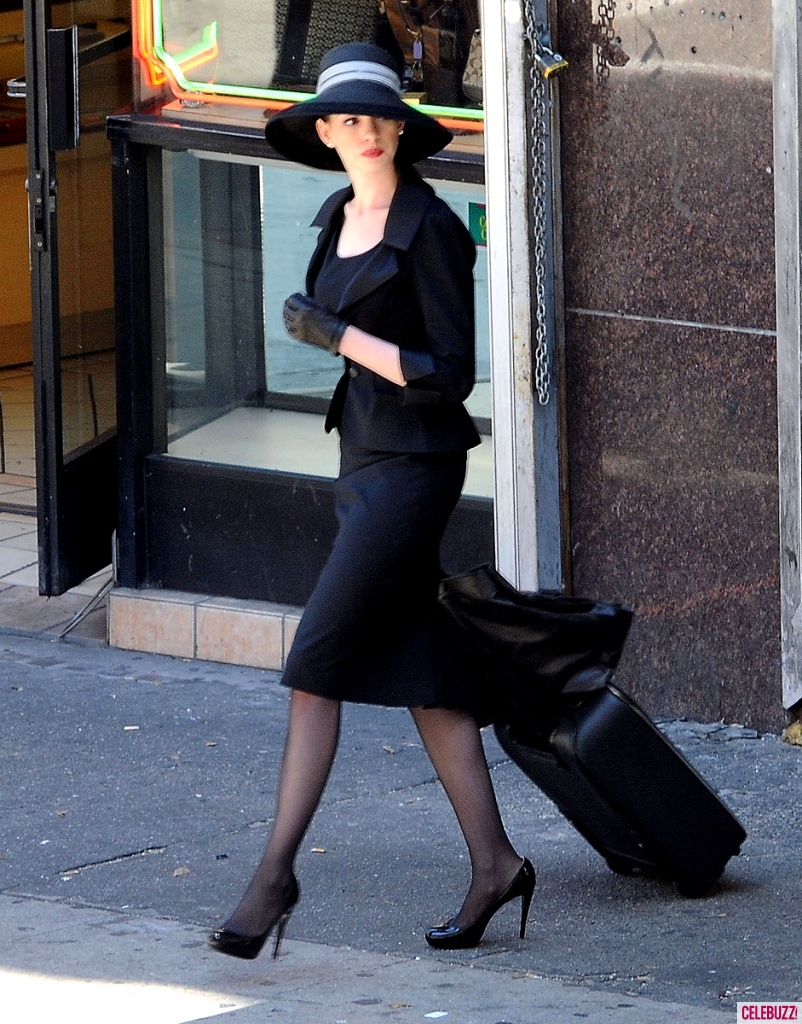 A couple of new rumors have hit the net regarding The Dark Knight Rises. Let's see what people are talking about.

First up, Just Jared has posted images of both Anne Hathaway and Christian Bale in separate photos but both in civilian guises.

Next, Deadline is reporting that Adam Rodriguez from TV's CSI: Miami has been cast in a small role for The Dark Knight Rises. Rodriguez joins an already long list of actors for the film.

We saw photos of Christian Bale in the Bruce Wayne get-up, but do we know why he is riding around in police cars? It appears that Bruce Wayne has been driven around by John Blake, played by Joseph Gordon-Levitt. Photo via Comic Book Movie. Finally, what kind of rumor mill would it be without a video from MTV harassing an actor from the film.