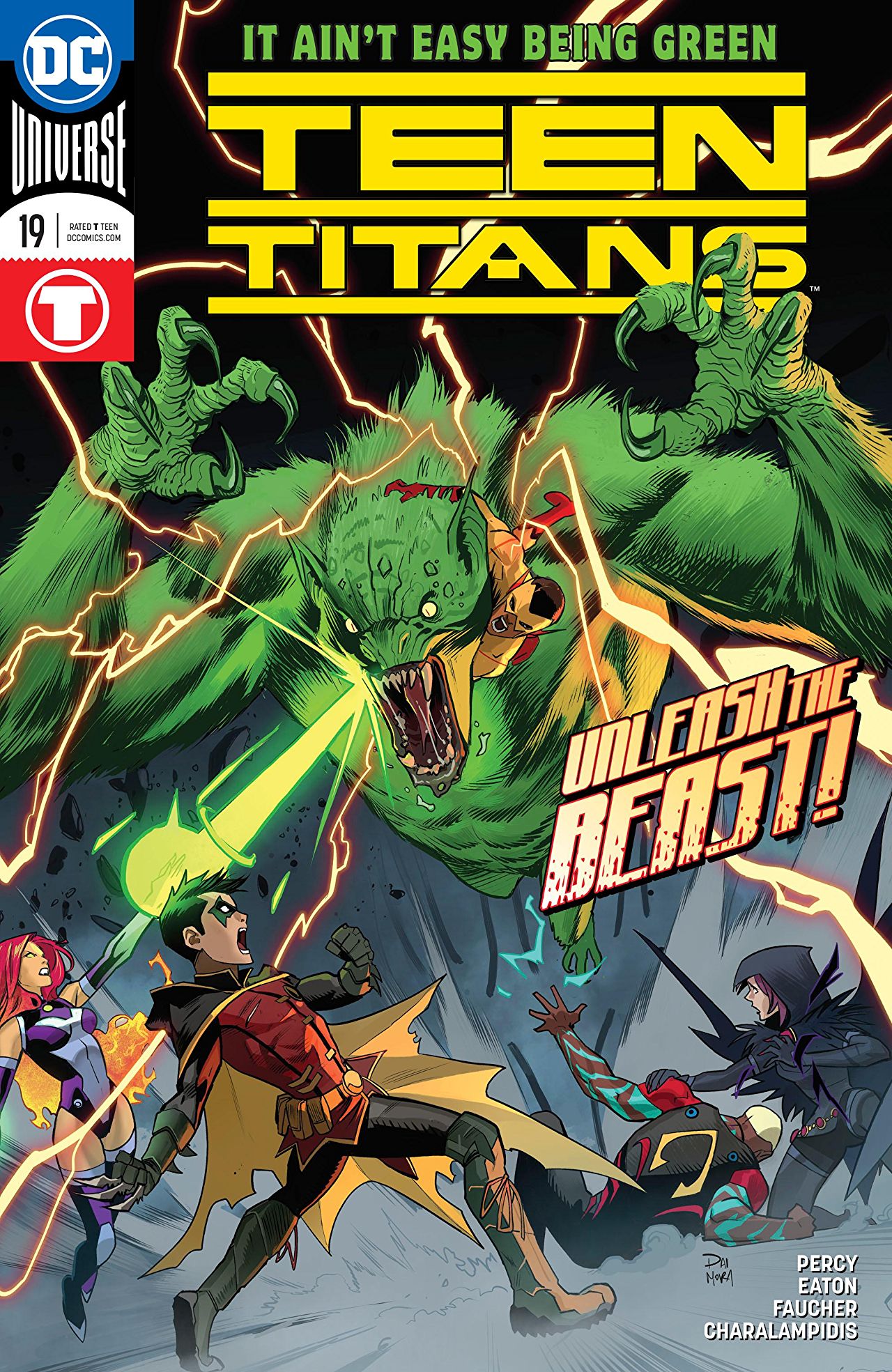 Overview: By working together, the Teen Titans are able to bring down Joran and rescue Gar from the Neverland mind control tech.

Synopsis (spoilers ahead): Immediately following Gar’s loss of control, the Teen Titans are forced to take the defensive against Joran’s army of mind-controlled teens. The group is split as Joran takes flight with Gar and Robin teams up with Goliath to give chase. Robin orders Joran to release Gar but she refuses as he flies after her. While Robin is in the air, the rest of the team try to figure out what their approach needs to be against Joran’s mind controlled mob. Raven senses that the teens are all afraid and feels the need to destroy their fears.

Back up in the air, Goliath trades blows with a gigantic Beast Boy while Robin demands a reason from Joran regarding her actions. She accuses Damian of being a bully based on Gar’s social media feed. Robin admits he has made mistakes but that he is always trying to change. Joran states that it is too late for Gar and that he is one of hers now.

Back on the ground level, the team tries to hold back the mob while not hurting them as Starfire points out that the teens are only victims and mind controlled. Aqualad is able to use a nearby water tank to hold the teens back physically while Raven convinces Kid Flash to vibrate through the teens’ heads to destroy implants. With a kiss from Raven, Wally is given the courage to successfully save all the children.

Goliath and Robin come crashing into the street seemingly defeated by the mind-controlled Beast Boy. Up in the air, however, Gar is able to fight off the implant’s control and confront Joran elsewhere. She allows Gar to see into her past and reveals that she had used technology to kill her abusive parents. With a reversal of her own technology, Damian is able to subtly get Joran to surrender.

Gar’s ending monologue illustrates that he will be more in touch with reality and live in the now with his adoptive family and teammates, the Teen Titans.

Analysis: Although a short arc, this felt like a solid ending that proved to move the characters ahead as they mature into both adults and heroes. The focus of the story was on Gar/Beast Boy but I felt that there were a few other payoffs from this story including both Damian and the Raven/Kid Flash relationship.

I always appreciate that the artwork can capture moving phases both in character or setting. I felt that Eaton’s work really did that for Beast Boy’s transformations.

Being a big Damian fan, I felt that there was some real growth in his character as he admitted to being bully and making some major mistakes in the past when he attacked the team and tried to assume leadership. We always see him as a stubborn and arrogant kid but he is maturing and it is always good to know that a character recognizes their own flaws and appears to be working on them. The downside to this character development is that the focus of the arc was on Gar and his overall character arc felt like the weakest next to Damian’s and Raven’s expression of her true feelings for Wally.

I can’t say that there were any glaring problems with the arc besides the lack of endgame or goal behind the “villain” plans. I get that the implants helped people escape reality but, by the finale, I could not recall how these were being used to hurt people or present a major danger.

Final Thoughts: Overall, a good story for Beast Boy but an arguably better arc for the team in general.