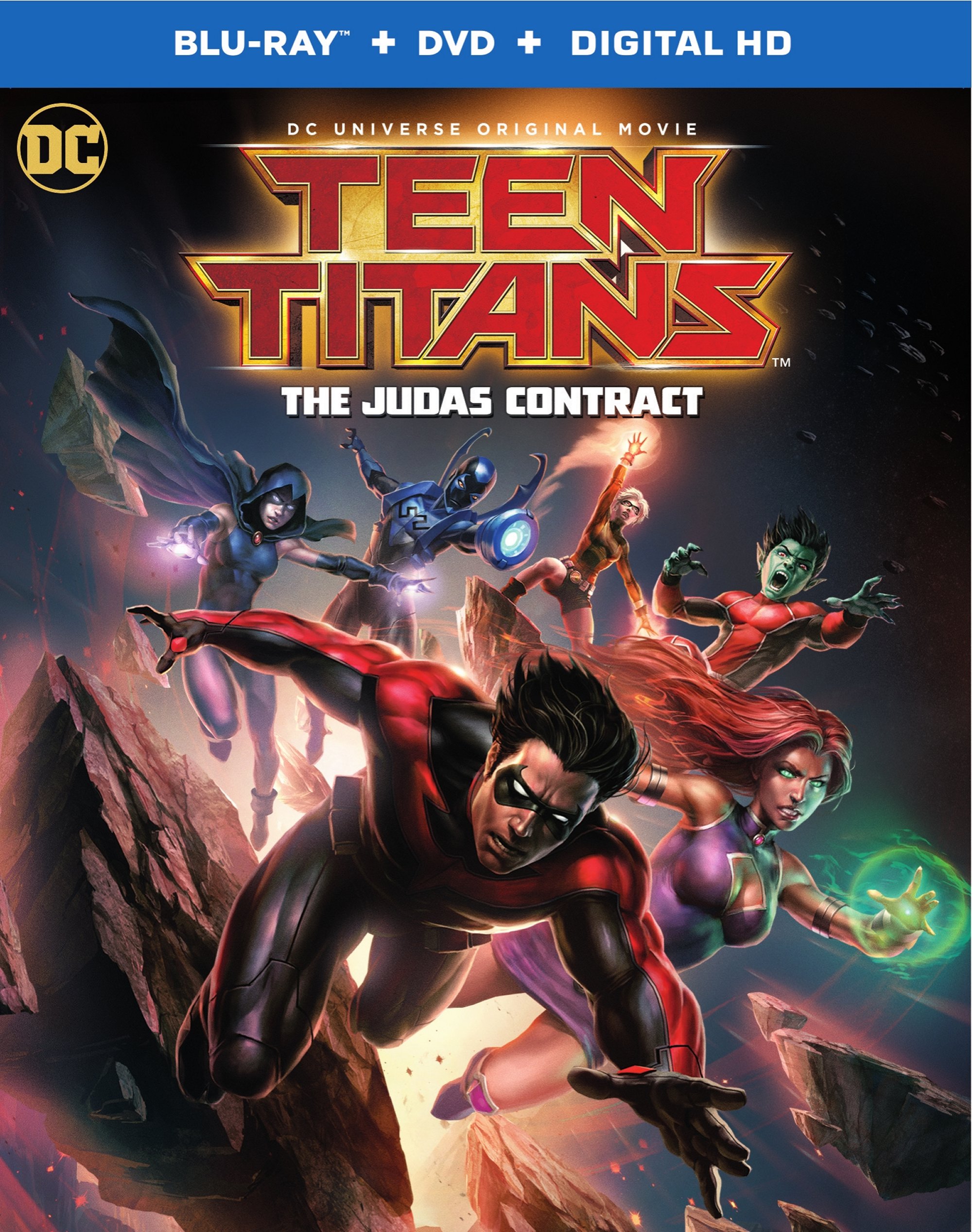 Warner Bros. has announced the first details for Teen Titans: The Judas Contract. The film was originally rumored to be released to fall in line with the original Teen Titans 2003 series, but the film never fully was realized. Announced at Comic Con International last year, the film is set to release on Blu-ray and DVD on April 18. As per the usual release schedule, the film will release digitally two week earlier on April 4. There will also be a limited edition Blu-ray Deluxe Giftset which will feature an exclusive Blue Beetle figure.

There are a number of special features that will release along with the two different versions of the Blu-ray release. They include a sneak peek at the next DC Universe animated film, Batman and Harley Quinn. There are also featurettes focusing on Deathstroke and the creators behind the original Judas Contract story, Marv Wolfman and George Perez. There will also be two episodes of a DC animated television show as well. The DVD release will also include the sneak peek.

Led by Starfire, the Teen Titans – Beast Boy, Raven, Blue Beetle, Robin and the just-returned Nightwing – have built a cohesive team in their never-ending battle against evil; but their newest teammate, the mysterious and powerful Terra, may be altering that dynamic. Meanwhile, an ancient evil, Brother Blood, has awakened, and familiar foe Deathstroke is lurking in the shadows – both waiting to pounce. Ultimately, the Teen Titans will need to battle their enemies and their own doubts to unite and overcome the malicious forces around them in this twisting tale of intrigue, adventure and deception.

Below you will find the trailer for the film. Are you looking forward to Warner Bros.’s take on the Judas Contract storyline? Sound off below.