Review: The Creators of Batman: Bob, Bill and The Dark Knight 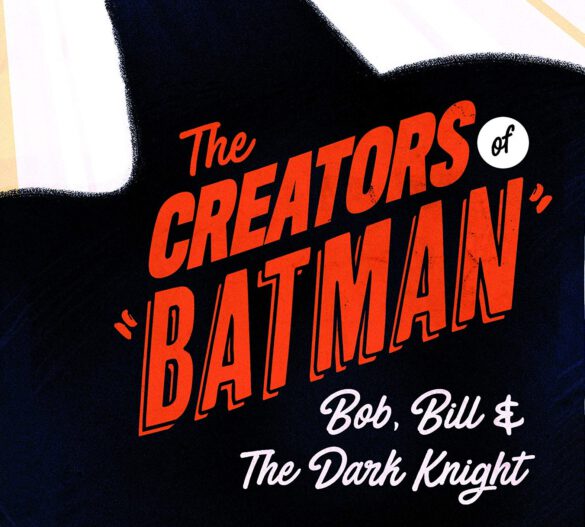 Overview: The Creators of Batman explores the complicated history of the creators of our beloved Caped Crusaders Bob Kane and Bill Finger. Do they both have a claim to the character that is known worldwide? Did Kane take all the credit while Finger did all the heavy lifting? The truth, with anything, lies somewhere in the middle.  Not only is this a story on the birth of Batman but also the birth of the comic book industry as we know it today.

Summary: Early on in The Creators of Batman, the author, Rik Worth, states that the goal of the book is to take what we know about Bob Kane and Bill Finger already so that we can better understand how they lived their lives and their relationships. The focus was not only their relationships to each other but to the various people in their lives.

Both Kane and Finger had similar backgrounds growing up, but that is where the similarities stopped. Kane and Finger grew up during the Great Depression, but as they grew older they went about life very differently. Kane was an opportunist who would do anything to make a buck – even crossing picket lines. Kane would get his full start in comics as a freelancer for Jerry Iger and Will Eisner (Eisner and Kane attended high school together). Kane was described as having a “fake it till you make it” attitude. He was dreaming of becoming a star but many questioned if he had the talent to actually become one. Later in life, Eisner described Kane as not being an “intellectual” but notes that he was aggressive. Perhaps that aggressiveness helped him get control of Batman.

Bill Finger was not the fame seeker that Kane was. Finger was a quiet, shy man that loved movies and science fiction stories. He was also a big fan of the pulp magazines that featured dark, gritty stories such as The Shadow that may have served as an inspiration for Batman. Once he became a comic writer, Finger always carried a little notebook where he would quickly write down story ideas. Finger was working as a shoe salesman when he met Kane at a party, and they quickly hit it off. Kane offered Finger a job ghost-writing scripts for him on another project. After the success of Superman, Kane was given the task to create the next great superhero. Kane came up with the name “Batman” and a design that featured a red bodysuit, domino mask, and long stiff wings. Finger offered his changes of the cowl and the dark suit and the cape. Even though Finger came up with those changes, Kane limited him to story development, which was fine with Finger because he cared more about character development while Kane strictly cared about the visuals of the character.

The character was a massive hit, which was mainly due to many of the ideas that Bill Finger had come up with. Kane took advantage of Finger’s easy-going personality and was able to claim main credit on the byline for the creation of Batman. Kane would let everyone know that he was the creator of Batman while Finger was just happy writing comics. Finger was known in the comic industry as a partial creator of Batman but not in the eyes of the public. Many people say that Kane was always looking for fame and fortune while Finger was just looking to get by. Finger had many personal problems and was always looking for money, so perhaps he was just happy to collect a steady paycheck and didn’t want to put up the fight for the rights to Batman?

Kane brought on young Jerry Robinson onto the Batman title after a chance encounter on vacation. Kane, Finger, and Robinson all take credit for the creation of the Joker. Finger took the young Robinson under his wing as the three of them formed the first true Batman creative team. Finger was finally given credit for creating a character when he helped create Alan Scott, the first Green Lantern.

The Creators of Batman continues as Kane enjoyed the success of his creation as it made him very wealthy, especially when the Adam West-led Batman show became a hit on television. Finger actually wrote a two-part episode of the series and became the first Batman writer to make the jump from comics to television. Thanks to fan magazines and small comic book conventions, Finger started to get more credit for the creation of Batman, which led Kane to go on his own press tour to say that Finger helped but he was the real driving force.

Post comics, Kane got more into animation but never found the success that he enjoyed with Batman. Rather, Kane enjoyed the celebrity life that he was living in Los Angeles. Finger, meanwhile, found success working on the Nick Carter, Master Detective radio show.

Sadly, Finger died alone and broke in 1974 from a heart issue and never got to enjoy the spoils and the riches from being the creator of Batman that Bob Kane enjoyed. Finger’s son poured his ashes into the shape of a bat. Bob Kane did not pass away till 1998 after he had already seen the character headline four big-budget films.

Thanks to the work of Athena Finger (Bill’s granddaughter) and author Marc Tyler Nobleman and tons of fan support to get Bill Finger the credit that he so rightfully deserves, in 2015, DC announced that Finger’s name would be right next to Bob Kane’s on who created Batman. Audiences worldwide saw Bob Kane and Bill Finger as the creators of Batman in the opening credits of Batman v. Superman: Dawn of Justice.

Analysis: The story of Bob Kane and Bill Finger and who deserves the most credit is very complicated. It is not as simple as Kane being a villain and a bully to the lonely, meek Bill Finger. The author stated early on in The Creator of Batman that he was going to be as objective as possible, and I feel like Worth kept that promise.

Many of the characters in the book, such as Iger, Eisner, and even Stan Lee knew that Kane had a massive ego. Even though Kane would say that Finger was a massive help in the creation of Batman, he would never relinquish total control to Finger.

Perhaps Finger could have stood up for himself more, but as stated in the book, he had many personal problems and was happy to go along to get along, enjoying his time as a writer. It was also said in the book that it was just the way of thinking back then that whoever came up with the name got the credit no matter what else another artist or writer contributed.

This was a fun and interesting read for anyone who wants to know about the creation of one of the best comic book characters of all time and the comics industry as a whole. Creator-owned characters are still an issue today, and the seeds were planted in Bill Finger and Bob Kane’s story.

Editor’s Note: Casemate Group provided TBU with a copy of The Creators of Batman for review purposes. You can find this comic and help support TBU in the process by purchasing this book digitally on Amazon or a physical copy of the title on Amazon.

The Creators of Batman

This was a fun and interesting read for anyone who wants to know about the creation of one of the best comic book characters of all time and the comics industry as a whole.