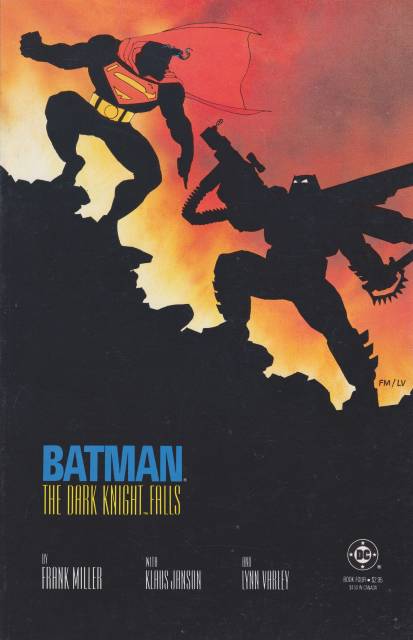 Frank Miller's classic Batman story The Dark Knight Returns which features a fight between Superman and Batman as it's climax and which a brief passage was read on stage right before the announcement of the Batman/Superman movie at this year's Comic-Con International has seen it's sales rise by 161% when you compare the June sales of the book to the July sales which has set a record of a regular-priced DC Comics e-book.