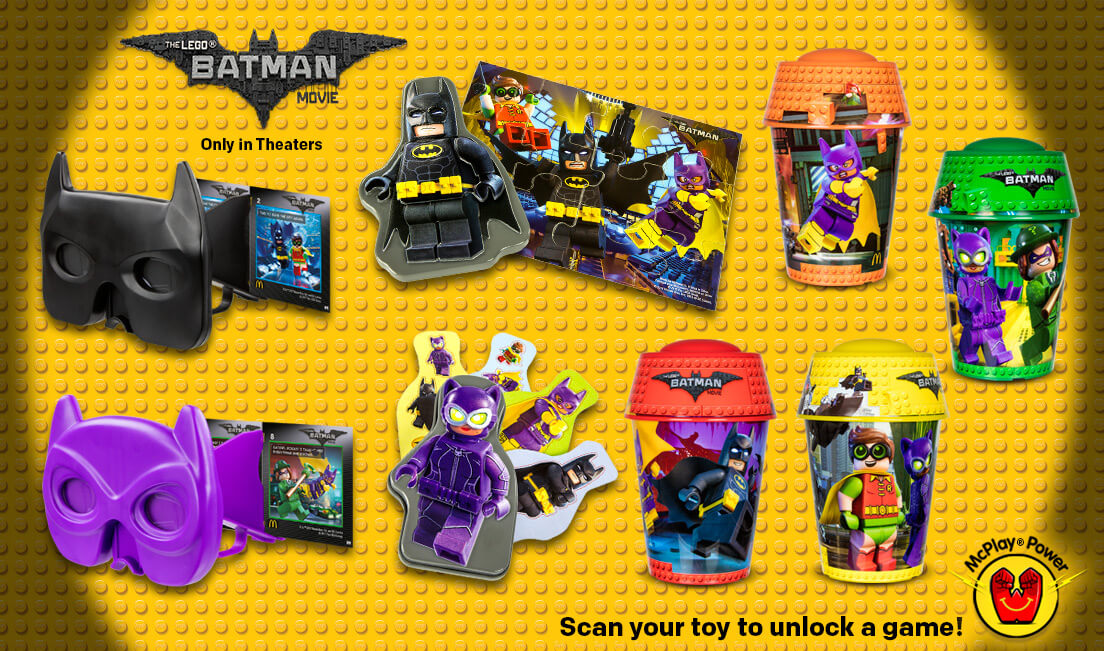 Get ready for more fun associated with the upcoming The LEGO Batman Movie. McDonald’s has announced that beginning around the second week of February, their Happy Meal’s will include toys for The LEGO Batman Movie. Somewhat ironically, they do not include any LEGO sets. Astute fans will recall that McDonald’s has not included LEGO sets in their Happy Meals since 2001 due to choking concerns for young children.

The toy sets will include puzzles, 3D-View sets, metal bookmarks as well as collector cups adorned with LEGO Batman and Batgirl. The cups are similar in style to the ones released by McDonald’s for The LEGO Batman Movie.

Got a favorite piece of Batman memorabilia? Talk about it in the comments below!