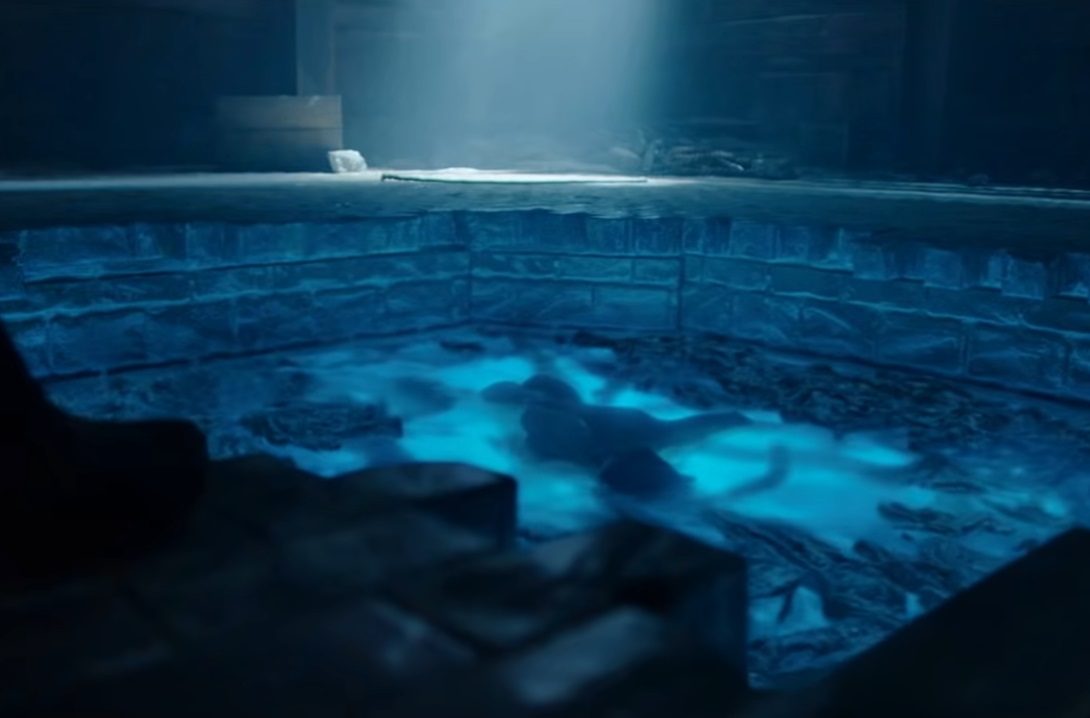 Overview: How did Jason come back to life? What connection does Jason have with Scarecrow? Why did Jason confront Joker on that faithful night? What would Scarface look like in live-action? We finally have answers to these questions in Titans episode #305: Lazarus!

Synopsis (spoilers ahead): Jason and Crane regroup following the confrontation with Nightwing in the woods. Now that Nightwing knows about their connection, Jason demands a plan from Crane. Crane shares that the plan is to engulf Gotham in fear. While the Titans are separated, Red Hood swoops in. He gives Jason a puff of the mysterious inhalant from the first episode.

Flashback three months prior, Jason has recurring nightmares and Bruce tells him no more Robin until Jason meets with Leslie Thompkins. Before he meets with Leslie, he and his lady friend Molly go searching for a missing orphan named Diego. They find the man suspected of kidnapping him and the man beats Jason. Jason then meets with Leslie Tompkins, who shares that she was a colleague of Johnathon Crane before he gassed her as Scarecrow. Leslie’s experience with the fear gas intrigues Jason.

Following their session, Jason returns to the Batcave and admires Bruce’s trophy case, focusing especially on a vial of fear gas and the mask of Scarecrow. Bruce sneaks up on him and asks about Jason’s session with Leslie. In the midst of their conversation, Bruce refers to Jason as “son.” Jason appears pleased. Jason meets with Leslie. She is trying to get Jason to understand that he and Robin are two separate entities and that Jason has great worth. He doesn’t have to be Robin.

After, Bruce brings Jason to Crime Alley to the spot where his parents were murdered. There he tells Jason he is not to be Robin anymore, saying “You don’t need to were a costume to be my son.” Angry, Jason leaves and approaches Crane in Arkham. In exchange for helping him reverse engineer fear gas into a fear antidote, Jason offers Crane information on Batman as well as an escape from Arkham. Crane agrees and Jason begins to develop the antidote. Following Crane’s formula, Jason finds an anti-fear gas, but Crane made sure the gas numbs Jason to fear as well as emotion.

Crane sends Jason to try the gas on Joker and we are shown Jason’s death again. This time, we see the aftermath. Cyrus Beake removes Jason’s body from the morgue and dumps him in a Lazarus pit, resurrecting him. He wakes in a section of Arkham where Crane has freedom. Crane outfits Jason as Red Hood and sends him out into the world. Red Hood tracks down the man who kidnapped Diego and beat up Jason. Red Hood murders him and returns Diego to Molly.

Bruce’s choice of Crime Alley as the place to permanently demote Jason as Robin brings an interesting symmetry to their stories. In that place, Bruce changed forever from innocent child to vigilante, whereas this moment proves pivotal to Jason’s transformation from child vigilante to Gotham villain. As has been the case throughout Titans, Bruce’s character’s naiveté and mistakes are frustrating.

We get our first introduction to Leslie Thompkins in Titans episode #305. Whereas in the comics she is much older than Bruce, in fact being someone who comforted him after the death of his parents, this Leslie is a peer of Bruce. Granted, Bruce is older in this version so she remains in the older category, but she does not appear to be significantly older than Bruce as she is normally depicted.

Finally, I’m not sure if this was meant as an easter egg or not, but Crane does his best creepy Joaquin Phoenix Joker dance after Jason awakes from his resurrection. His choice of music, however, is poignant. As Crane blazes a joint, Iron Butterfly’s In-A-Gada-Da-Vida plays on a record player. Intended to be In the Garden of Eden, In-A-Gada-Da-Vida is a love song from Adam to Eve. Biblically Eve is created from part of Adam, so by its use here, it suggests Red Hood is created from part of Scarecrow. In both cases, there is a creator of the two. Perhaps in Titans, Batman fills that role of creator of both Scarecrow and Red Hood. We shall see.

After a stumble with the last episode, Titans jumps right back into the action with Lazarus. Titans is great when it takes the time to focus on just a few characters. And it may be biased, but it is at its best when those few characters are from the Batman Universe. Answers to questions we’ve had all season finally come and Johnathon Crane proves worthy of supervillain status.