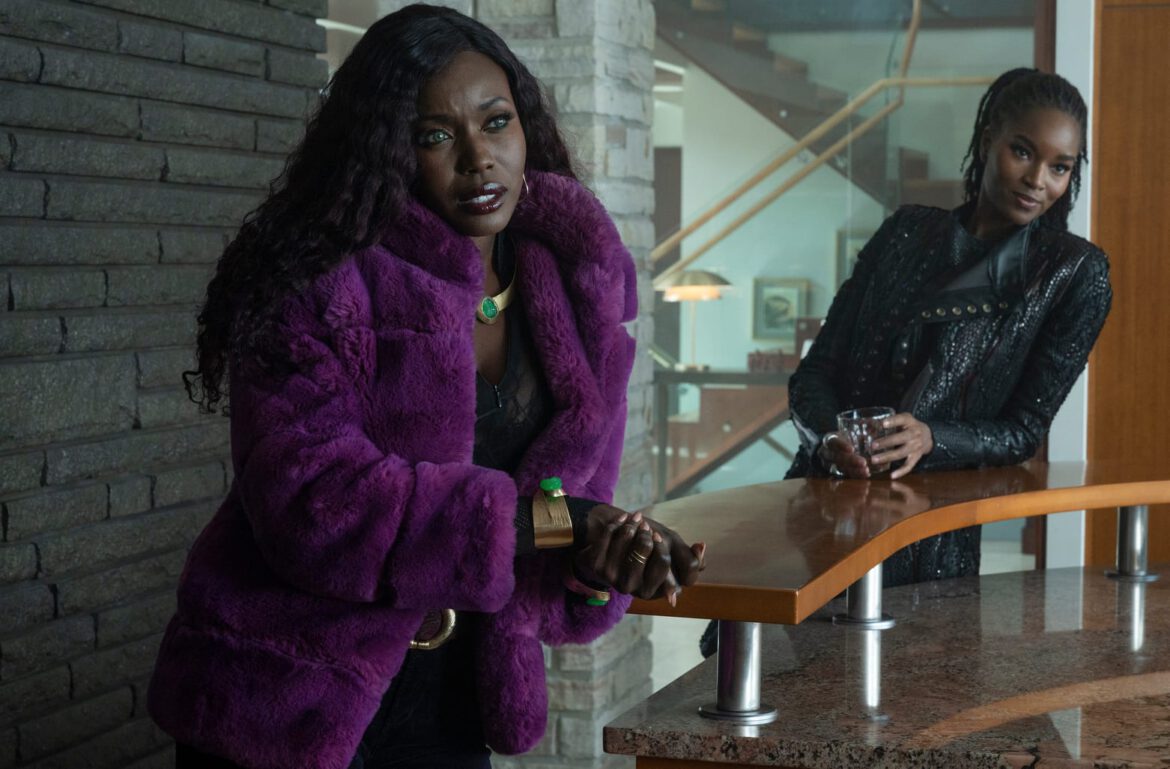 Overview: In Titans episode #307, Jason boasts of his small crime spree, but Dr. Crane has much bigger plans. The Titans race against time to stop Crane from flooding the streets with his drug. Without technological assistance, Dick and Barbara use old-fashioned detective skills to find Crane’s hideout and stop him before destroying Gotham.

Synopsis (spoilers ahead): Barbara is awoken by a call that twelve people are dead in Gotham, killed by ordinary people hopped up on Crane’s inhalers. Jason gloats to Crane about the chaos he created by giving out the toxin. As Crane looks at a 3D computer model of Barbara’s face, Jason tells him that the mob bosses want to meet. Crane meets with the mob bosses and talks them into flooding the streets of Gotham with his drug.

Dick talks Barbara into using Oracle to track Crane. Oracle finds audio of Crane giving an address that Dick investigates with Conner. Another heart bomb awaits them at the site, but Conner cannot diffuse the modified device. Barbara realizes that Crane has hacked into Oracle and decides to destroy it. Oracle’s destruction is part of Crane’s plan. Without the technological advantage of Oracle, Dick and Barbara resort to good old detective skills. They deduce that Crane will need an incredible amount of electricity to power his short-wave positron multiplier. Starfire and Blackfire investigate Valeska Knox. One of her henchmen mentions the word “freon.” Dick realizes Crane is set up in Mr. Freeze’s hideout.

The Titans gather to take out Crane’s operation. Crane cannot believe the Titans figured out his plan. He unbinds Jason, and they make a get-away. The Titans return to Wayne Manor to celebrate, and Dick and Barbara have an intimate moment. Gar follows a lead on Jason by going to Molly’s apartment.

The Batman Universe Connections: The majority of the Batman connections are media references. Valeska Knox is introduced as a Gotham mob boss. With no comic counterpart, the Valeska name may be a reference to Jerome and Jeremiah Valeska, the we-can’t-call-him-Joker characters from the Gotham TV series.

Dick and Barbara’s investigation into the electricity needed to power Crane’s operation leads them to a power grid operator in the Conroy District. This is a nice nod to Kevin Conroy. Conroy is the iconic voice of Batman in Batman: The Animated Series, numerous Batman games, DCAU movies, and he even played the live-action Bruce Wayne during the Arrowverse Crisis Crossover.

The one comic connection in Titans episode #307 is the introduction of the Oracle computer. Oracle seems to be the amalgamation of three different comic entities. First is Oracle herself. Barbara herself never took on the Oracle name. Instead, she gave the name to the computer system she used to help Batman defeat Scarecrow. Oracle’s appearance is strikingly similar to the Brother Eye system from the comics. The turn of Oracle from helping Dick and Barbara to actually attempting to harm Dick at the control of Crane is a nod to Brother Eye’s turn in the comics. Lastly, Oracle’s voice and British accent are too much of a coincidence to not be Alfred’s voice. Like the voice of Jarvis in the Marvel Universe, did Bruce have Alfred voice Oracle?

Episode #307 is more procedural in nature than episodes past. The Titans set out to find Crane’s hideout and by the end of the episode, they accomplished their goal. The Batman media references were fun, but overall this felt like an Arrowverse episode.