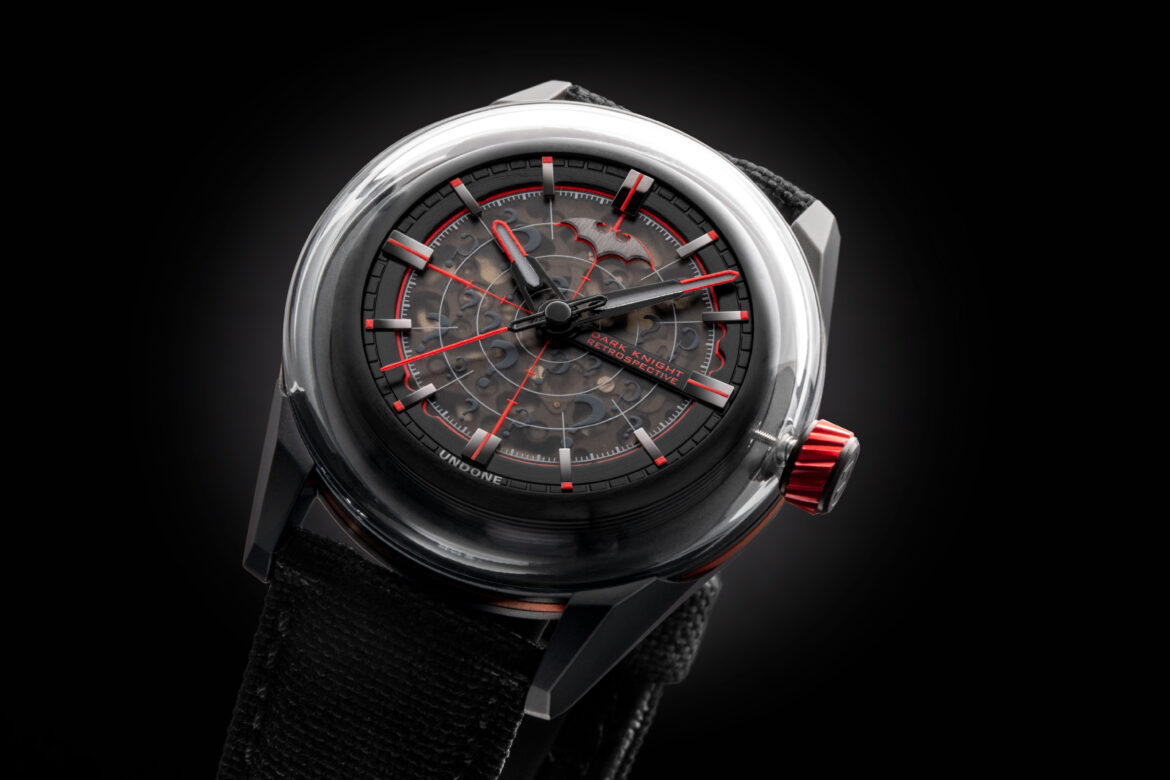 UNDONE has returned for the third year in a row with a new luxury watch featuring Batman with the Dark Knight Retrospective watch. This new watch gives a sleek and modern take on the Batman ’66 Batmobile and combines it with elements featuring the Riddler. This new watch is limited to 999 pieces. It is priced at $499 and is expected to start shipping in early October. You can preorder your watch now by heading directly over to UNDONE.

A statement piece that celebrates Batman’s legacy, the Dark Knight Retrospective is the pinnacle of UNDONE’s watchmaking as well as a maniacal love affair with the caped crusader. Taking design inspirations from the iconic 1960s Lincoln Futura Batmobile, this timepiece offers a nostalgic thrill ride of rare top-tier features traditionally exclusive to extravagant premium timepieces.

The dial and movement are housed within a satin black DLC coated 316L stainless steel case and finished with red anodized aluminum trim.

THE 1960s BATMOBILE DOMED CANOPY: The bulletproof windshield seen on the classic 1960s Batmobile, a modified 1955 Ford Lincoln Futura, is reinterpreted by an anti-reflective glass vault lens that curves around beautifully for a refined aesthetic.

BAT GADGET: DETECT-A-SCOPE: The Detect-A-Scope, found on the Batmobile’s dashboard, serves as a tool for Batman to monitor his enemies’ movements. The amazing piece of tech has inspired UNDONE to re-create this into a see-through dial that reveals the skeleton mechanical movement beneath, and a radar lume.

BATMOBILE RED TRIMMINGS: Along the sandwich case are red aluminum rings, prominently around the crown and the glass fold, a racy and cool design element that’s a nod to the red trimmings on the iconic 1960s Batmobile, driven by the Batman himself. A diamond-like carbon coating on the watch mimics the finishing of the Batmobile—the toughness that befits a superhero.

THE NIGHT HAS ARRIVED: Once it turns dark, Batman’s arch-nemesis, The Riddler (also starring in the Batman movie), appears through numerous question marks that illuminate in the most ingenious way. As the glowing “?”s fill the dial, it also symbolizes that the night has arrived, and The Riddler has come out to play.