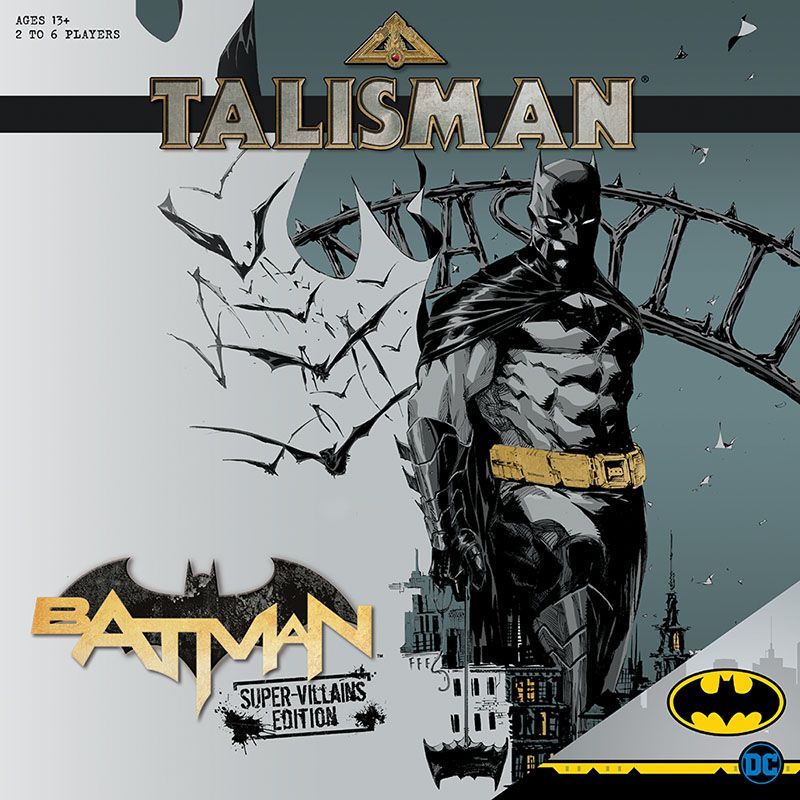 Any Bat-Fans out there also fans of the board game Talisman? Well, whether you are an old hand at the game or never even heard of it before, this newest edition will prove to be a treat. Why? Because it’s a special version based around Batman’s villains. Talisman: Batman Super-Villains Edition allows players to take on the role of one of Batman’s greatest foes. Players will navigate their way through Arkham Asylum, attempt to take out Batman, and release the inmates. The players will also have to try to balance out the stats of health, strength, and cunning of the Caped Crusader’s enemies.  The game is suggested for two to six players ages thirteen and up and can be played cooperatively or against other foes before one winner can earn the reputation of King or Queen of the criminal underworld.

The custom game board features detailed artwork from DC Comics, thirteen plastic figures, a six-sided die, and more than one hundred encounter cards are included in this game set. No word on pricing yet, but we are sure the people at USAopoly will be announcing more information soon.