Editorial: Where is Dr. Manhattan? 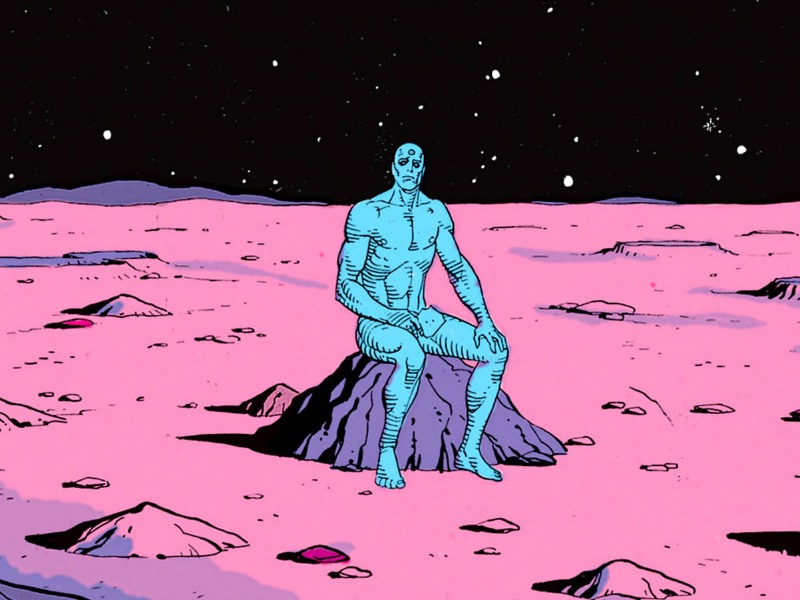 Doomsday Clock #2 is out tomorrow and despite the build up starting back in 2016 with the release of DC Universe Rebirth #1, fans have yet to see where exactly Dr. Manhattan is.

In DC Universe Rebirth Issue #1, Geoff Johns left fans with a major cliffhanger of that Watchmen is part of the DCU. Fans waited a long time for the outcome of the cliffhanger and now it’s finally here with Doomsday Clock. In Doomsday Clock Issue #1, Dr.Manhattan is nowhere to be found. In fact that is Ozymandias’ mission. To find Jon. Now just where in the world is Jon.

Well it has been seen that Jon is tampering with the DCU. For instance, the Superman Reborn arc, the Oz Effect arc, The Button arc, the Panic in the Microverse arc, just to name a few. He seems to be tearing the DCU apart. This also brings up the question, is Jon the creator of the DCU? Because at the end of Watchmen, Jon said he had planned making life forms of his own. Did Jon create the DCU and then realize it was a mistake and now is he trying to destroy it? Why would he put all these DC characters through so much pain? Is it for some reason only he knows?

Is Jon hiding? If he was, why would he be? There really is no reason for him to be hiding. All he has to do is wave his hand and can make or destroy anything. Did Jon make more universes than just the DCU? This is interesting because anything is possible. Geoff Johns once said in an interview that we would be seeing Dr.Manhattan and Superman talking to each other which is crazy…right? So many possibilities are at play here.

Is Jon doing this to be a villain or is he actually trying to help the DCU? I guess we’ll have to wait and see. Remember that this a twelve issue series, a lot can happen. Keep making more theories because they might become true.