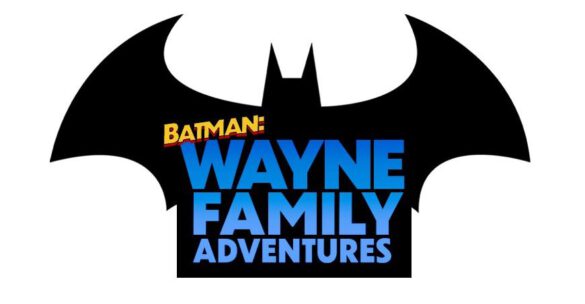 It’s been two weeks since our last review, which means there are two more episodes of Batman: Wayne Family Adventures with #4-5 for Steph and Ian to geek out over! You can read the comic for free every week over at Webtoon and leave your comments and likes there to support the creators, or chime in on our Discord Server with your thoughts and opinions with fellow TBUers!

Steph: So, the next two episodes of “Batman: Wayne Family Adventures” are out! What did you think?

Ian: I think they’re both funny, though I think Arm Day has a much better payoff and more characters involved which hold my attention better than Alert. What about you?

Steph: Same here! Arm Day had me in stitches minutes after finishing, where Alert almost made me a little uncomfortable. There’s no way Batman wouldn’t have cameras installed in his safehouses, and there’s certainly no way after one break-in he would let it happen again.

Though I didn’t feel Arm Day really let any particular member of the Bat-Family shine (except for Cass, of course) it was nice seeing how when the brothers get together, they can act like competitive boys instead of serious crime-fighting men. I did like that a lot. It really humanizes them.

Do you think there will be any continuation of Alert or was that it? A moment in a day of the life of Batman, father of Jason the delinquent.

Ian: That’s a very interesting question since the relationship between Jason and Bruce is one rich with drama, and also comedy, since they just don’t get along for so many reasons, but also have a deep love for each other.

The problem I have with Alert is that it simply doesn’t mine any of that drama or comedy, instead, it goes for three very thin jokes – Jason stealing when he doesn’t have to, Bruce being super paranoid about something without realizing it’s just Jason, and the Spider-Man pointing meme. 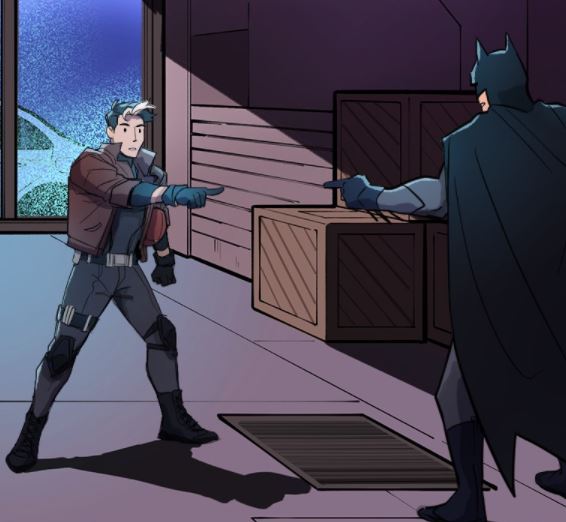 I’d argue that all of the Robins had fun moments, even if ultimately they all made a dumb mistake. But it is a mistake that felt quite real, whereas as you point out, Batman not realizing that it was Jason and having no real security measures that would tell him more than “someone’s been breaking in” makes no sense at all.

The humor of Arm Day is all derived from believable and funny character motivation and relationships – the brotherly competition – and I’d say that each brother (and sister) had unique and fun character traits on display that set them apart from each other. I also really liked seeing how Arm Day built out the family relationships more in a way that gives us more information about the status quo – their workout sessions, relationships with each other, etc…

But to come back to your original question – I think that it would be funny to reference Jason continuing to steal things from Bruce throughout the strip, but I hope that if they do bring a reference to it back, they do more to mine the deeper emotions possible.

What do you think about a future plot point that might be used from either of these two strips?

Steph: Hmm, I’ll be honest, I didn’t quite catch that Jason was the one ransacking the safehouses. My bleeding mom heart believed him when he said “it was like this when I got here!” But him being the culprit makes sense and I think nullifies it for a “sequel.” It’s probably just character beats…Jason is the bad boy brother. Though, maybe they’ll have a “revenge” episode later, even if it’s for something else he’s done.

I don’t see there being much of a follow-up for Arm Day. So far these really have just seemed like “a moment in the life of…” and they’re great. I almost died when Tim refused to be beaten by the pain and tries to eat his dinner with his feet. That shows ingenuity that I think is just Tim. 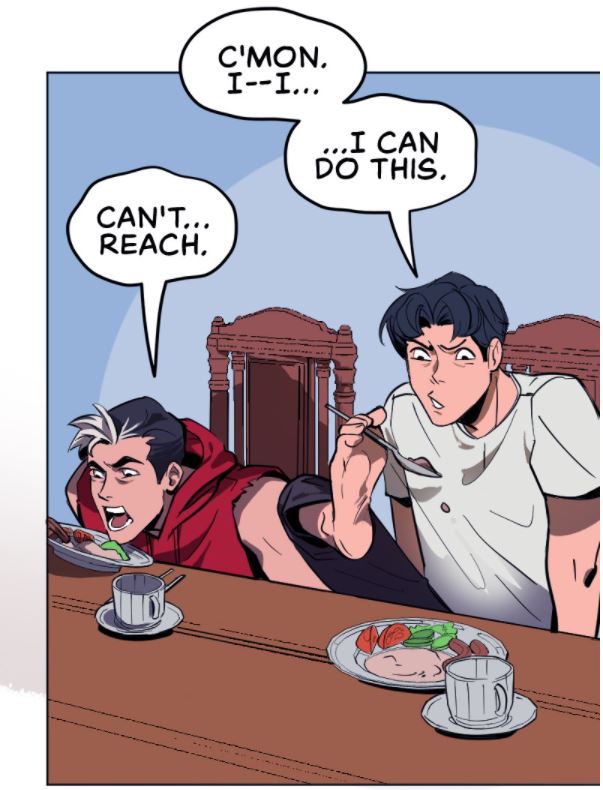 Ian: That moment did feel really “Tim” to me

Steph: Whereas Jason is willing to eat like a dog, and Dick and Damian just feel sorry for themselves. And I love that, though Cass does have a small “told you so” moment, in the end, her true victory lies in just being happy and pain-free. 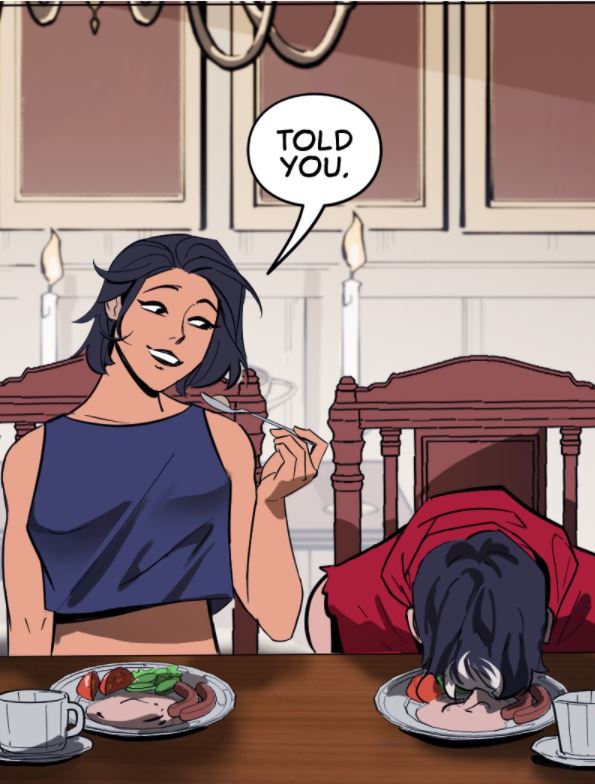 Given the one-shot format of the series, what kind of things do you hope to see in upcoming episodes?

Ian: Well, I mostly just want to see the broadest range of Bat-Family characters utilized and interacting with each other – one of the best things about Arm Day is that it has five characters interacting – a very large group for most comics.

I’d also love to see a few small plotlines showing up – maybe someone who wants something they can’t figure out how to get – repeatedly failing to get it (similar to maybe the Peanuts recurring gag of Lucy pulling away the football), and then it coming to a head in a comic in many many months where they finally either get it or give up because they mature past needing/wanting it.

What about yourself – what do you want to see coming up?

Steph: I’d love to see the Batgirls hanging out and doing something stereotypically non-girly and also girly at the same time. I think that would be cute. And of course, a hint of romance would be fun, though I’m not picky about who.

Ian: Some Nightwing and Oracle romance, and of course, some Bat and Cat smooching, would not at all go amiss!

I do think that it is a bit odd that DC leaned so strongly into the newspaper gag-a-day strip style, and not combining it with the ongoing plotlines that most of the webtoons I’ve read have.

Why do you think that is?

Steph: I have seen a few one-shot strips, but it’s true, it is not as common on this site. I wonder if they had to choose between long-form or showcasing as wide a variety of the family as they could, which wouldn’t lend itself too well to a long-form ongoing story. I feel like that would be too big and too confusing for your average reader. Whereas the one-shot format is better for introducing new people to the characters in a non-comital, light-hearted kind of way.

If you want an ongoing, the DC comics already exist. But this is perhaps meant more as a trailer for newbies.

Ian: The thing is, they set up Duke as sort of a coming-of-age main character in the first two strips, and I thought that would be a stronger theme going forward.

Steph: Good point. It could also be they’re taking their time introducing everyone before moving on with the Duke story.

Ian: And that wouldn’t have to be too heavy – and being a new member of the family would lend itself well to lots of ongoing arcs about learning who everyone is, etc…but I suppose I’m just impatient! I just hope they can maintain interest because I think that light serialized nature is part of what draws people to become die-hard fans of strips.

Steph: I hope so too! We’ll have to wait and see. However, even if it ends up sizzling out or going out in a flaming ball of glory, I’m enjoying it now, and that’s fun.

Ian: I am as well, and people who spent the coins to read the sixth issue when they first dropped have hinted there’s another wide-ranging cast next week, so I can’t wait to see that!

Steph: Eee! I am excited.

Editor’s Note: You can find the Batman: Wayne Family Adventures #4-5 exclusively on the Webtoon platform.