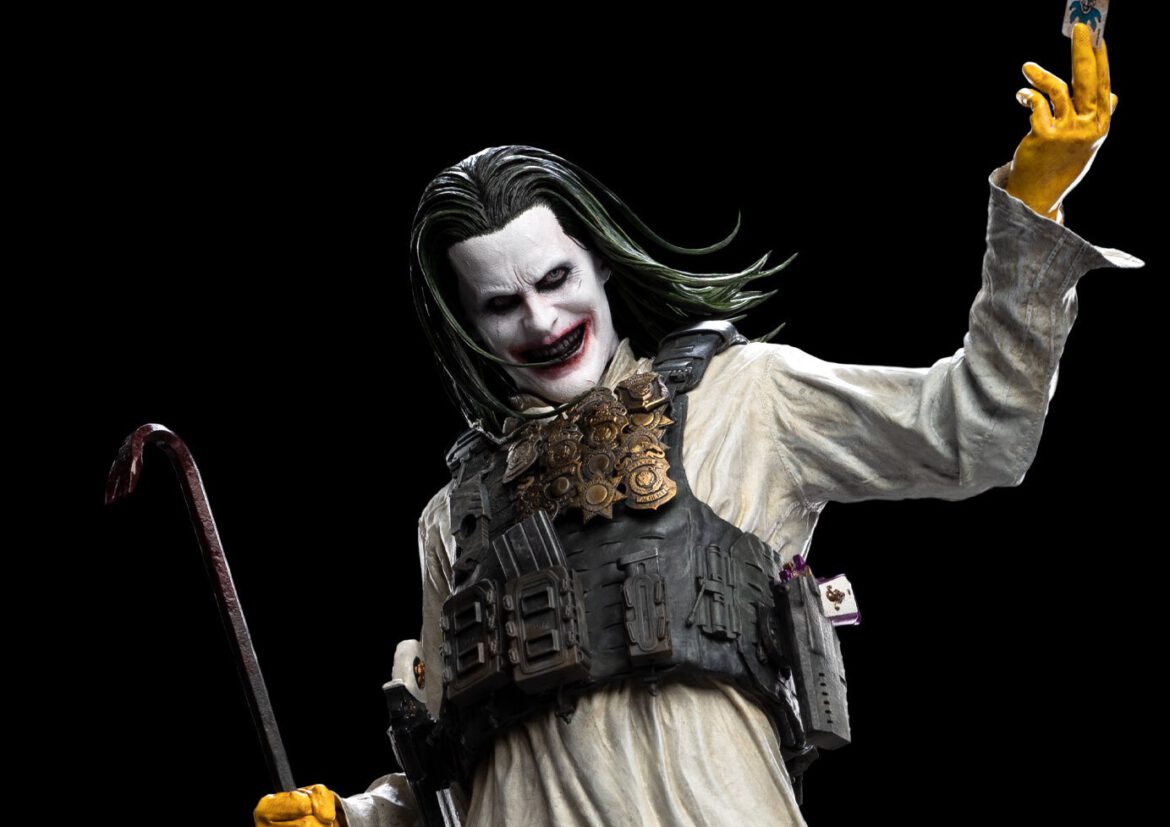 Weta Workshop has released details for their latest limited edition Zack Snyder’s Justice League statue, which features the Joker. The one-fourth scale statue measures about twenty inches tall and features swappable accessories such as a Joker Card, Batman cowl, and crowbar. The statue joins the previously announced statues for Darkseid, Desaad, and the black suit Superman. It is priced at $899 and is expected to ship in the second quarter of 2022. You can preorder the statue by heading directly to Weta Workshop. 2nd Quarter 2022.

Weta Workshop is thrilled to suit up and join Zack Snyder’s Justice League. To celebrate the release of this highly anticipated version, our sculptors have been busy bringing superheroes and supreme villains to life as highly emotive sculptures. Fans of the DC Universe campaigned to see Zack Snyder’s vision of the film that would finally bring heroes together to defend the Earth from its most dire threat. Their efforts have been rewarded with the film’s release on March 18, 2021.

The Clown Prince of Crime is back, and this time he’s offering a truce. Is it desperation that brings two opposites together? Despite the threat, can The Joker really be trusted? Just how bleak will things get in Zack Snyder’s post-apocalypse Knightmare?

This agent of chaos is the antithesis of Batman, and as one of the most iconic villains in the DC Universe has seen many incarnations over the decades. In this sculpt, Weta Workshop’s The Joker brings a fresh take to the lord of laughter, adding even more mystery and intrigue to Zack Snyder’s Justice League.