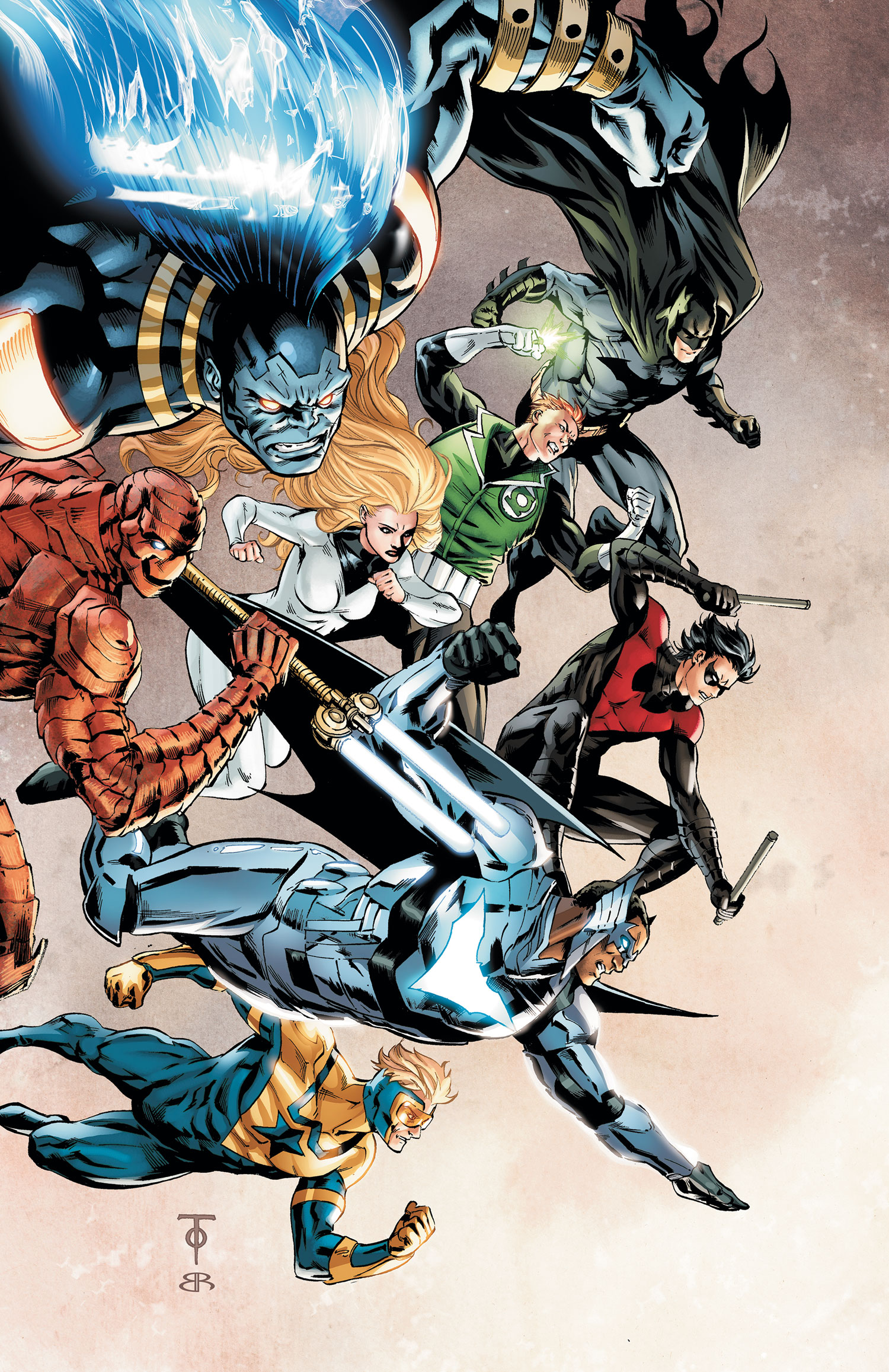 The newest issue of Batwing is in stores tomorrow. Writer Judd Winick has been writing the series since it started last September. Despite leaving Catwoman, Winick promises that he will be staying on Batwing for quite some time. Newsarama talked with Judd Winick about what is coming up for Batwing.

Newsarama: Judd, we've seen Batwing interacting with Nightwing in China, and in August, he's encountering a lot of other DC heroes. Was your intent to bring him further into the DC Universe?

Judd Winick: Yeah, we've entered the very superheroic stage of Batwing's development. The first eight issues were meant to introduce him to the readers and set up his character and understand his origin — where he came from, who he was, and how he got here. With the last few issues, we've been diving more into the Batman Incorporated link to his character while also making the scale of the book much bigger. I wanted to make sure we played with all the toys. And Marcus To has been really, really great for that. He knows how to draw lots and lots of superheroes, so that makes this a lot of fun. It really feels like a Byrne/Claremont thing going on, as far as, "let's put lots of guys and gals in costumes and see what we can do!"

Newsarama: Is the series going to stay in Africa for awhile, or are you hoping to continue showing his travels?

Judd Winick: No, he's in Africa for awhile. In issue #13 and on through the end of the year, we've got a pretty big story in Africa. But it will have an international feel. While this storyline now has a lot of guest stars that everyone recognizes, we'll be introducing new characters in the fall storyline. We'll introduce a major new villain. And you'll see allies for the villains we've met already, so we'll be building the web of trouble for Batwing.

And there are a lot of other heroes running around Africa, and we're going to meet a bunch of them. So that storyline will be very African-centric. But it will still feel superheroic. That's what we're trying to do. It shouldn't feel like a trip to social studies class. It should feel authentically African, but at the same time, like a superhero book.

Newsarama: We've also seen Penguin in one of the subplots of the current story, although it hasn't been revealed what his entire involvement is. Is that meant to tie the comic into the Bat-universe?

Judd Winick: Exactly. As I said, there are a lot of toys in this playground, and we're making sure we utilize them in a way that makes sense with the character. Batwing is a soldier in Batman Incorporated. So he's a part of that organization. And he has very, very close ties to Batman. Batman is not just his employer — he's kind of his mentor. The shirt on his back is provided by Batman. But we also try hard to establish how Batwing is his own man.

Batwing is a genius. He's not just tech savvy. He's a builder, an inventor himself. And these things are intuitive. He's got a photographic memory and the ability to build and create. So because of that, I'm really trying to embrace his "man in armor" feel a little bit more. He wears his armor, and the idea is that Batwing has been working on it. So it isn't just body armor with wings — it's got more stuff. It's basically like a big, walking utility belt.

He's been almost killed fighting Massacre and doing other things we've seen, so he believes he needs upgrades. So you'll see him continue to outfit his armor with more and more gadgets, like a big, giant, walking, flying utility belt. So that's who the hero is. But unfortunately, for him, he also has a bit of a vicious streak, which he has to keep in check. When you're Batman, you have to be a little bit more calm.

For the entire interview, including talk about #0 issue, head over to Newsarama. Batwing #12 is in stores tomorrow, August 1.