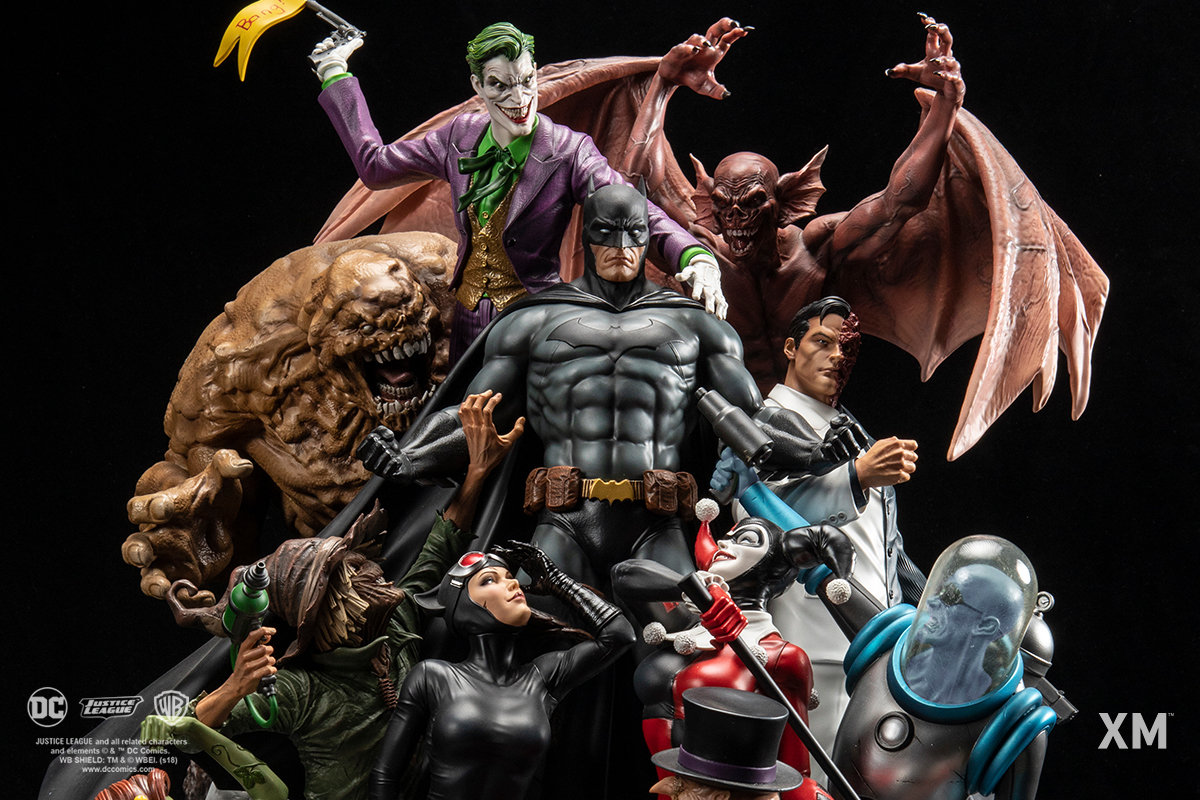 XM Studios has shown a massive new statue off at some conventions recently, but now the first details of when it will be going up for pre-order have been announced. A piece of art was commissioned by XM Studios from David Finch featuring Batman surrounded by multiple members of his rogues’ gallery. XM Studios then took the art piece and designed an exclusive statue based on the piece of art which has been named Batman Sanity.

This statue will be available in two different forms. There will be a full-color version of the statue which will be part of a limited run that will not exceed 388. There will also be a smoke version of the statue which will also have the same limited run. These statues are made to order and will each be priced at $3000. You can pre-order now over at XM Studios.

XM Studios is excited to present our first 1:6 DC EPIC DIORAMA series, Batman – Sanity by David Finch! Fan favorite Batman artist David stunned the entire XM team when he presented his concept. We expected greatness from David and he delivered above and beyond. The XM team had initially briefed David to disregard practicality and manufacturing limitations, we asked for the madness and David delivered us sanity. An incredible and perfectly balanced composition of top Batman villains surrounding the Dark Knight, taunting him endlessly pushing him over the edge. But this is Batman. And his mental willpower and determination is perhaps his strongest ability. This Art Piece is a testament to the Dark Knight’s iron-willed resolve to never cross the line – and hold on to his sanity even when surrounded by the darkest evil.

The colored version allows collectors to appreciate the varied villains in their brightest glory. Every villain carefully painted and their infamous colors and details brought to life, with the Dark Knight in the middle, holding his own.

The smoke inspired version is in reality fully painted but with various tones of black and greys. There are also more weathering and detailing work done to bring out the sculpt details hence the paint effort is equivalent to the colored version. In addition, the smoke version of Freeze does not have a clear dome helmet – this is not an oversight. Because the smoke version is a concept of Batman being surrounded by his mental imagined foes (i.e. nightmare), having a physical clear dome on floating smoke conflicts against the concept.

There is also 1 tiny but important easter egg included in both versions; many fans have feedback wanting the Riddler in the piece. The composition is currently featuring 12 characters including Batman. In order not to defray too much away from the original masterpiece art concept, we have included an element symbolizing Riddler’s presence in the statue – but telling you would be spoiling the fun. You’d have to solve the riddle yourself and find out where is the clue – after all, the Riddler doesn’t show himself until his riddles are solved.