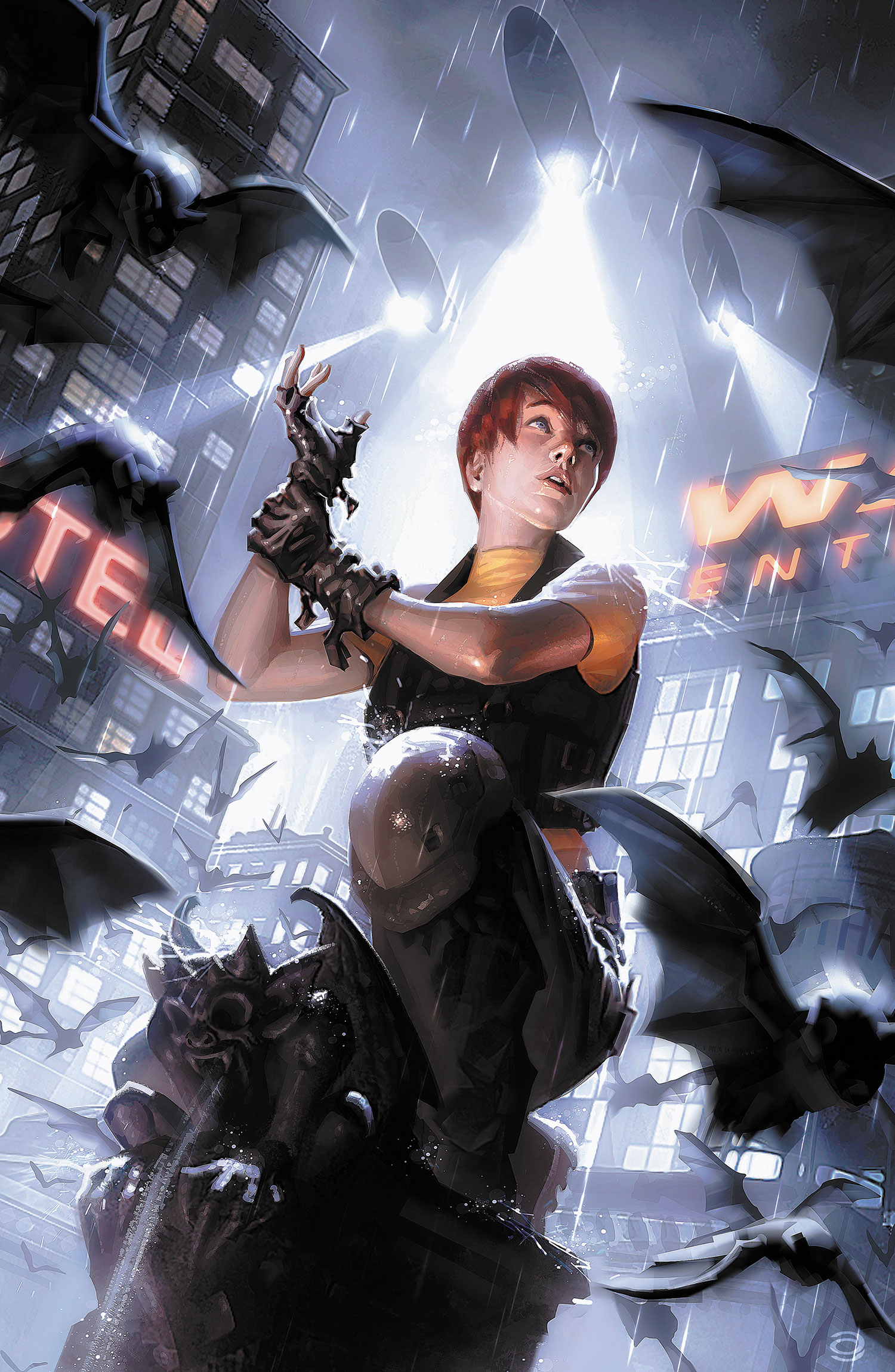 Marguerite Bennett recently sat down with Newsarama to talk about Batgirl #25 which will be a part of the Zero Year story. She also talks about her thoughts on Batgirl's background, Barbara's redesign, The Killing Joke, and a bunch of other things.

Newsarama: Marguerite, as you reveal an early story of Barbara Gordon in this Zero Year issue, what are your thoughts about the character and her background? Who is Barbara at her core and what parts of her history have defined that?

Everyone has seen how beautifully Gail Simone has written Batgirl in the New 52, the damage Barbara can suffer and endure and rise above. She is one of the last lines of defense, not only between the people of Gotham and the villains that plague the city, but one of the last lines between the hero of bright ideals and the hero that falls into brutality and despair. Her capacity to act as fighter and healer, as victim and survivor and righter of wrongs, compels me. I can hope it will compel you, too. (Also, there are zeppelins in issue #25. Just sayin'.)

Newsarama: Marguerite, during the first interview you and I did, back in June, you talked about your earliest exposure to Batman. But now that you're writing Barbara Gordon, how would you describe your history with Batgirl? Any memories in particular that have helped define your ideas about her?

Marguerite Bennett: When you phrase it that way, I want to twirl a lock of my hair and giggle about how Babs and I used to go steady in high school.

Newsarama: I guess "history" does have some implications. Maybe the better phrasing is, what was your earliest comic featuring Barbara as Batgirl?

Marguerite Bennett: My first Barbara comic was probably the first Barbara comic for many — Alan Moore’s The Killing Joke. For full impact, imagine me, elementary school age and frivolous, diving straight from Batman: The Animated Series and the Adam West [Batman] TV show into a very ragged copy of TKJ.

Newsarama: Very different. And wow, you were in elementary school when you read that?

Marguerite Bennett: There may have been a few causalities in my 11-year-old psyche! I spent several years after that believing that Barbara — my spritely, sassy, purple-clad heroine — had been actually killed, not paralyzed. After The Killing Joke, I’d flitted away from comics for awhile, troubled and too young, until I was about 14, when a boy at school cajoled me during a rough week and lent me a copy of Birds of Prey. There I found Barbara alive and hale and taking names as Oracle, undefeated—undefeatable. I know it was my own childish ignorance that misunderstood the circumstances of her reinvention, but at the time, it felt like she’d risen from the dead for me — my little ass-kicking miracle.

To read the entire interview, head over to Newsarama. Batgirl #25 comes out on November 13 and will cost $3.99.