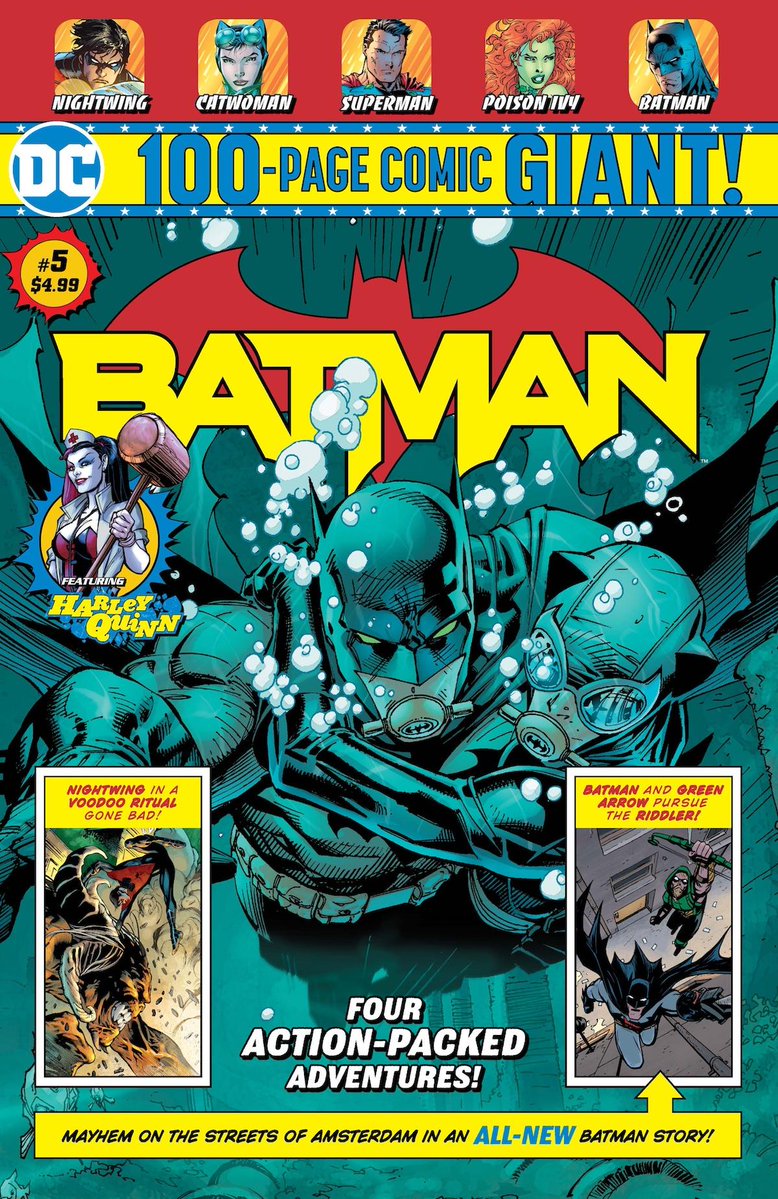 Overview: Batman and Green Arrow chase the Riddler, but stumble onto something much more dangerous.

Synopsis (spoilers ahead): This installment picks up right where the last one stopped, with Green Arrow and Batman interrogating a panicky Riddler in Amsterdam. Eddie doesn’t seem to be himself, as Batman observes, but the police arrive, giving Riddler a chance to escape. They chase Eddie to the rooftops, catching him and taking the box supposedly containing the egg everyone is looking for, but it spews green gas on Green Arrow. The neurotoxin causes Green Arrow, who now has red eyes, to attack Batman, but after several pages of fighting, Batman tazes him and then gives an antidote. He summons the Bat-copter to take Green Arrow to the hospital. Riddler, having escaped because of the fight between Arrow and Batman, gives the egg to Vandal Savage, who claims the real value of the object is inside it.

Analysis: Bendis’s writing continues to contain the trademark television quippiness that made his reputation with Ultimate Spider-Man and Jessica Jones. While several exchanges work quite well on a verbal level, such as Batman deadpanning to Green Arrow that he feels shame at losing to his mind-controlled attack, they don’t particularly feel like they belong to any particular character, particularly not Batman himself. The plot moves forward pretty slowly. The only thing really happening in this installment is Riddler’s escape from Batman and giving the egg to Savage. Without a personal connection to any of the characters, the story feels like an excuse to put characters on the page for a few moments, rather than something with stakes. Derington’s art continues to be solid, though the lighthearted tone doesn’t take as much advantage of his bold lines with the potential for real darkness and drama as it could.

Also included in the giant are reprints of the fifth installment of Batman: Hush, a story from Nightwing: Traps and Trapezes, and a story from Harley Quinn: Hot in the City.