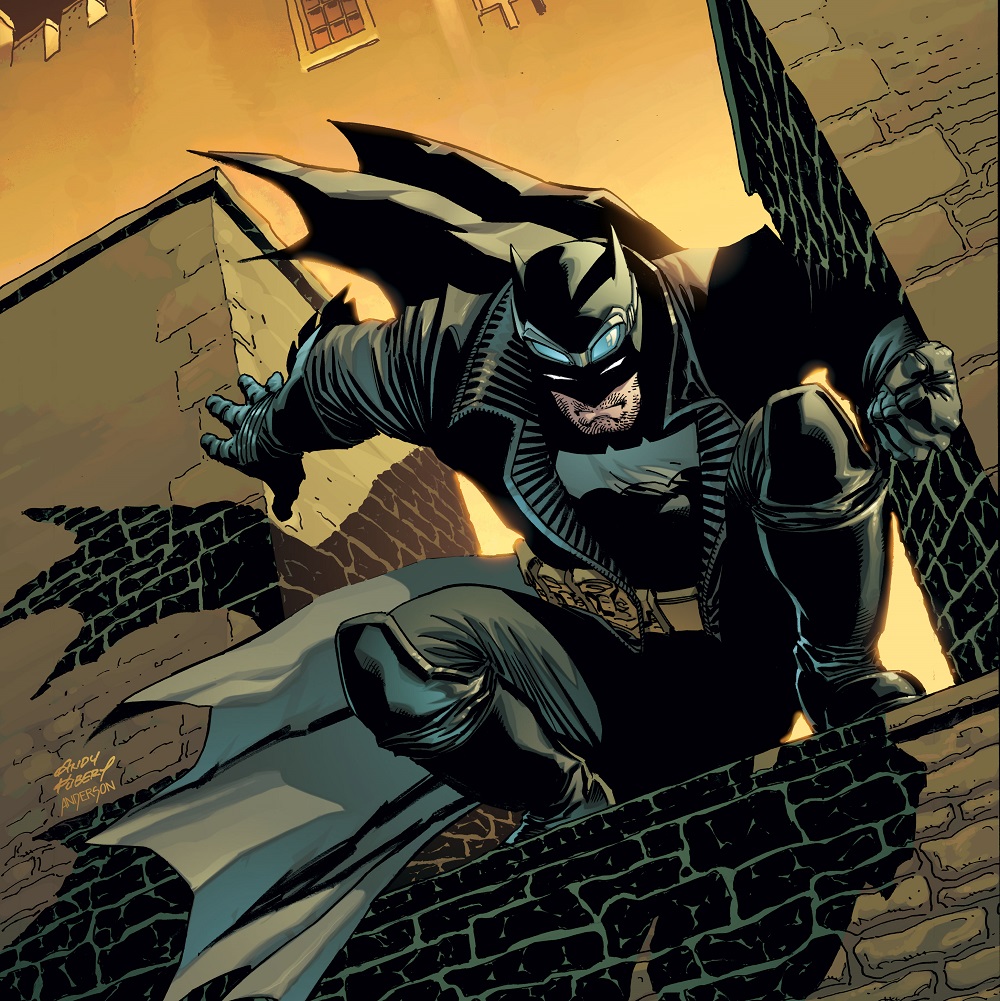 Batman: The Dark Knight is a brand new miniseries that is launching in April featuring writer Tom Taylor and artist Andy Kubert taking Batman international. The series will follow an older Bruce Wayne who leaves Wayne Manor and heads to Europe.

But how does this Batman story begin? A horrific tragedy in the United Kingdom sends a very personal and deadly message to the Dark Knight—one that will draw Batman out of Gotham City to investigate! From the moment he lands in Europe, Batman will face a challenging investigation, unheard-of adversaries, and find the assistance of a partner once more—all in the hunt for the villain known as Equilibrium! And what does “BATMAN 147” mean to Bruce Wayne when it appears after a deadly plane crash—is it a clue, or a riddle? Or just another trap for the Batman?

Taylor also teased that this series came from editor Ben Abernathy approaching him with an idea in telling a story of a Batman who leaves Gotham for Europe. He went on by saying he is also bringing in his own idea of a villain he pitched back in 2012 called Equilibrium. Knight and Squire from the pages of Batman Incorporated are also playing a role in the series as it dives into the characters behind the masks.

The first issue will be an extra-sized twenty-six pages and will kick off the six-issue miniseries on April 13. There will also be a variant cover by Andy Kubert and a 1:25 variant from Riccardo Federici.