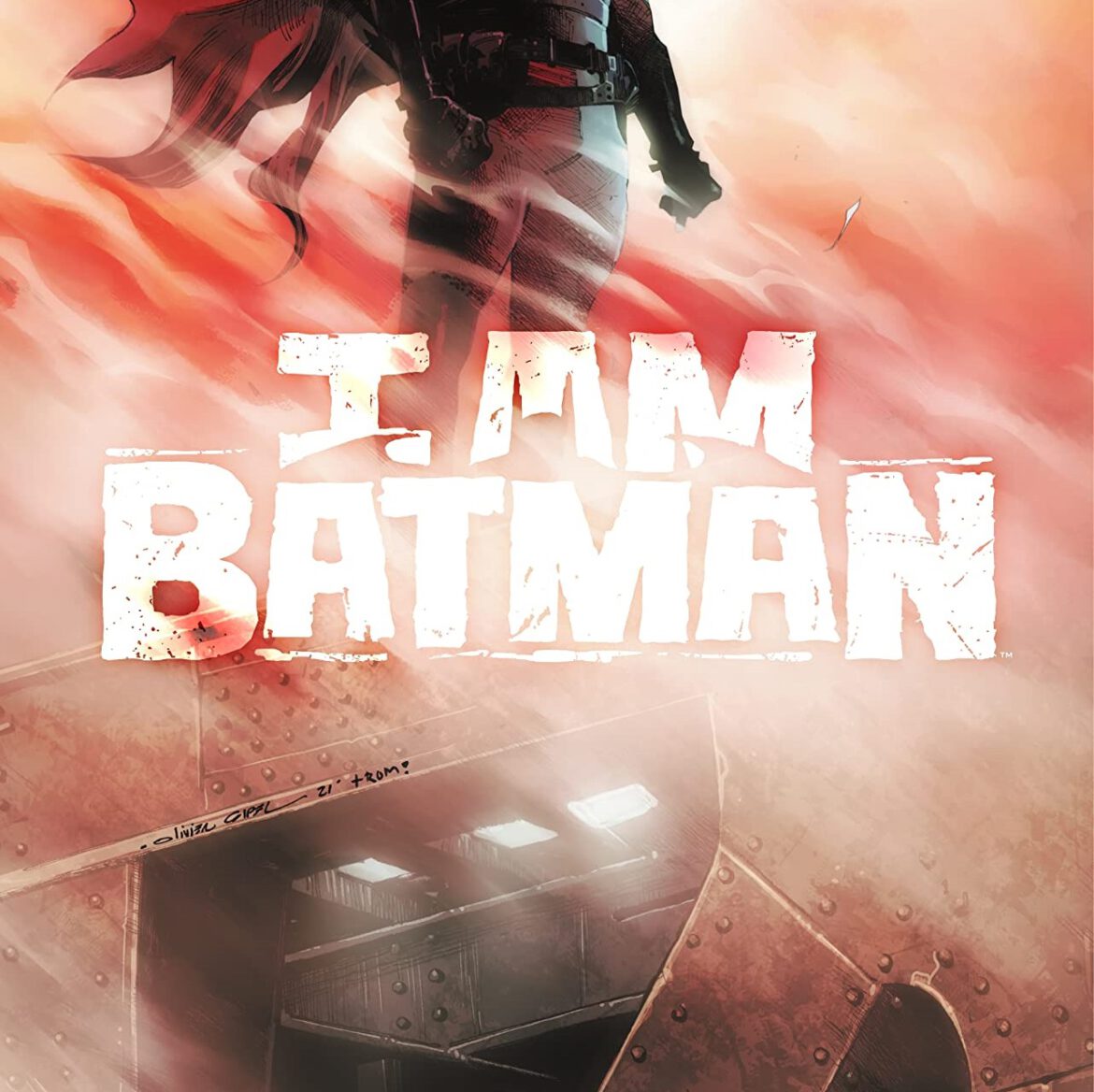 Overview: In I Am Batman #1, the Seer rises to sew distrust of law enforcement in the citizens of Gotham City, as Jace Fox begins his arduous task of rebuilding the brand of Batman from the streets up.

Synopsis (spoilers ahead): I Am Batman #1 begins six years after Batman’s last sighting, Tim ‘Jace’ Fox attends a meeting at the headquarters of FoxTech, mainly with the intention of impressing his father, Lucius, so that he can continue to have access to the secret bunker within the building where his partner, Vol, has printed out Jace’s new Batsuit. The suit greatly resembles the familiar Batsuit, but with some slight alterations that fit Jace’s modus operandi for his own crimefighting needs.

Jace knows that his approach as Batman needs to be different than that of the original. Instead of building a subtle reputation from the shadows and existing alongside a mystical avatar of fear, he is going to be very visible to the citizens of Gotham City and fight against the criminal world as a tangible force.

Looming over the city is the threat of a character called the Seer, who is spreading a narrative of fear-mongering over Gotham’s citizens, amplifying anxiety and distrust against the city’s police and other enforcers such as the Peacekeepers.

Detectives Chubb and Whitaker of the GCPD meet at the scene of a crime, which involves a ‘mask-sighting’, referring to the ban against vigilantes established by Mayor Nakano and now strictly enforced by the GCPD and Simon Saint’s Peacekeepers.

As I Am Batman #1 continues, Jace makes his appearance first to some kids tagging graffiti on illegal property. He reprimands them and leaves, but notices that his interference made no difference to them. As he travels further into the city, he notices someone driving recklessly towards a pedestrian. Jace saves the pedestrian and chases the driver down, bringing him both to lawful justice in making the driver turn himself in, and social justice, as many people nearby record the scene on their phones, presumably to upload to social media. This attracts the attention of Gotham’s legal enforcers, and soon Whitaker and Chubb are en route.

Meanwhile, the new Batman arrives in Alleytown, where a standoff is taking place between some officers and some of the more active members of the Seer’s audience. Batman involves himself and soon incapacitates the Seer’s followers. The officers, grateful for the assist, warn Batman away as others will soon arrive and are under strict orders to bring in any and all masks. Batman tells them to spread the word around that the Dark Knight is back and then returns to his bunker.

Jace rests for mere moments before Vol announces he has a lead on the owner of the warehouse where, in I Am Batman #0, Jace came upon several corpses. Donning his cowl again, Batman heads to the location, which happens to be the scene of a new crime being attended to by Whitaker and Chubb: a shooting of a person wearing the mask and costume of Anarky!

Analysis: Jace Fox doesn’t know that Bruce Wayne was the ‘previous’ Batman, but he DOES know that he can’t be bothered filling his predecessor’s shoes. He’s not going to pretend to be the Batman that everyone knows; he’s going to be the Batman that he’s able to be and work from there. Gone are the batarangs and gadgetry, in favor of built-in batons and burner phones. Jace can’t rely on a Batmobile or the tech that Bruce was fluid with; he must rely solely on his own combat training and trust in his own oracle, Vol. He also doesn’t have the near-limitless freedom to do as he pleases with the wealth of his industry; he needs to keep in the good graces of his father in order to maintain his own hidden agenda. Little does he know, however, that his own father helped the original Batman very closely, as did his brother Luke. Jace again is needlessly distant from the family he’s been far away enough from.

Jace’s Batman also approaches the role slightly differently in the handling of his foes. Whereas we would be accustomed to seeing Bruce apprehend the reckless driver in addition to a concussion or a broken bone, Jace makes sure to keep him as unscathed as possible, making a point to tell him that he won’t take him down unless he absolutely needs to.

Bruce Wayne was the victim of a tragedy, and this led to his obsession with fighting the criminal element. He hates crime and is often unforgiving of the perpetrators of it. Jace Fox, on the other hand, comes from the other side: he was a criminal and is now trying to become a better person as the protector of people. He is able to relate and perhaps better deal with people whose line he has walked.

In the Future State storyline, we learn of Detectives Chubb and Whitaker’s fate, and we see the seedling of that here. Chubb is a by-the-books officer while Whitaker is a more empathetic character. While the two aren’t incompatible, it’ll be interesting to see their relationship further develop as partners.

There seems to be a continuity issue here unless I’m missing something. Jace mentions that Batman hadn’t been seen in six years, which would put the timeline of this story into the Future State story, which we know takes place about five years from our current timeline in the Batman Universe. In our current timeline, Scarecrow’s ‘Fear State’ storyline is about to take place, and the Magistrate is still a force still being rolled out. In I Am Batman #1, Scarecrow is a looming threat and the Magistrate is still a rather new force to be reckoned with. I believe we are to suppose believe that this timeline of Jace donning the cape and cowl is supposed to be taking place at the same time as the other books are, but Batman is a very prominent figure in those titles, and so this ‘six-year’ comment is a little bit of a head-scratcher.

The story is starting out strong, giving us what we need to understand that Jace Fox is not a replacement Batman, but an alternative. We are seeing a legend being built from the ground up in a distinctive and refreshing way, backed up by beautiful artwork that matches the heavy tones the story promises.