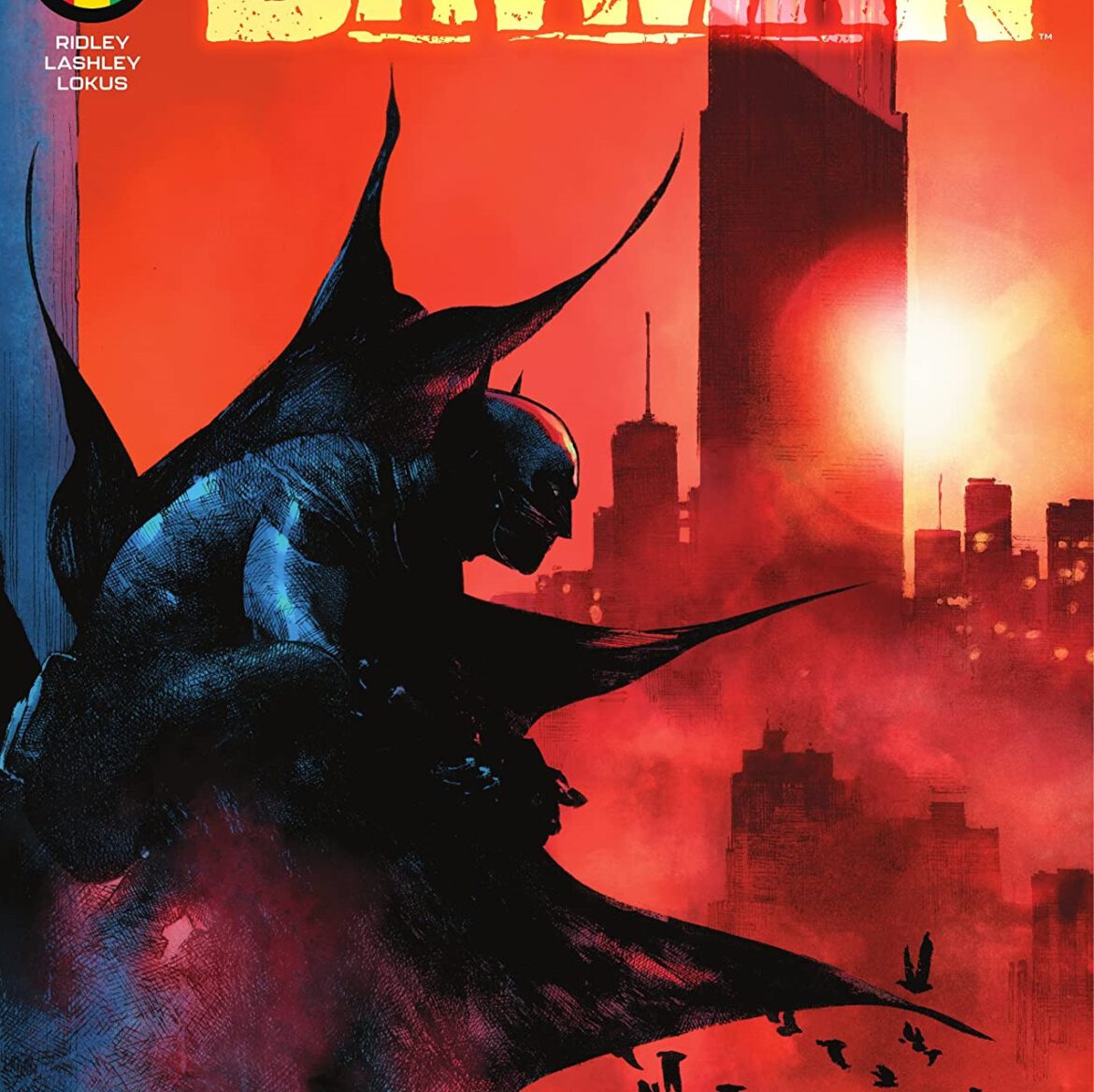 Overview: In I Am Batman #6, the Next Batman arrives in his new home in New York City. Jace Fox has also taken on a new job with the NYPD Special Crimes Unit.

Synopsis (spoilers ahead): I Am Batman #6 begins in New York City, as a man is tortured. The assailant tells the victim that they are making something beautiful. The scene shifts to a conference in the mayor’s office. The assembled people include the commissioner of the NYPD and the deputy mayor. They are discussing Batman, who has just arrived in New York.  The commissioner wants to have the “mask” removed, but the mayor has other ideas. It is noticed that, unlike the first Batman, this one wants to be seen. It is identified that this man is seeking to be a symbol, and the mayor also wants to make him a symbol by deputizing Batman and creating a special police unit to work with him.

The scene shifts to Millionaires’ Row in Manhattan. Jace Fox, newly shaved, is looking out the window. He is joined by his mother.  Jace does not like that they are not with the people. Mrs. Fox insists that they are here for security.

Back at the mayor’s meeting, the commissioner voices his disagreement with his boss. The mayor insists that this is the way to go, he tells Deputy Mayor Carmichael to handle it.

Tam, Jace’s sister, is undergoing physical therapy.  Mrs. Fox, Jace, and Tiffany need to be there for Tam. They have to support her and to do that, they need to be a family. Jace is working on projects for his father at FoxTech. Mrs. Fox tells him that when Tam is better, Jace will be able to leave and do what he needs to do.

In Brownsville, Brooklyn, Batman faces off with a thug with a gun. The thug is holding his gun literally inches from Batman’s face. He fires and misses. Batman strikes and apprehends the thug. Cops arrive to take over. They appear to be working amicably together.

Carmichael now meets with Detective Chubb, newly transferred to New York from Gotham. She is trying to regain her seniority, and the deputy mayor has a proposal. He wants the detective to lead the Special Crimes Unit and work with Batman. She is not happy about this proposal. She neither likes nor trusts the vigilante. Chubb wants to bring in her partner from Gotham. She wants someone else with experience in dealing with the masks.

Jace and Vol meet. Jace wants to keep using Vol as his eyes and ears like when he was in Gotham. Vol is not so sure about this scenario. After a discussion, Vol agrees to help Jace. Chubb now is talking to her partner Whitaker. She is trying to convince him to move to New York. She wants him to prevent her from killing Batman herself. She is interrupted by a colleague. They have their first case, and she needs to see it herself.

Vol tells Batman that he has an invite from Mayor Villanueva’s office for a meeting. Batman, needing to build trust, agrees to the meeting on Little Island. The mayor formally asks Batman to join the Special Crimes Unit. If Batman refuses, the mayor will bring the entire city down on the vigilante. Batman takes the mayor’s deal.

Elsewhere, the commissioner and Carmichael discuss the events. Carmichael is looking for this entire situation to go south, and when it does, he wants to be there to take advantage. This meeting is being observed by an unidentified observer who wants to make something beautiful.

Chubb is shown the victim from the beginning of the issue. He has been brutally killed. The victim is identified as Devlin Rubel, one of the city’s biggest philanthropists. Chubb is afraid that Batman has brought this to New York.

Analysis: Even though this is I Am Batman #6 and the series began months ago with I Am Batman #1, it feels like the beginning of the story. I like that this Batman has been taken out of Gotham. New York (or any city for that matter) provides the perfect place for Jace Fox to become his own man. There is a setup for a lot of good stories here with the side characters both in the Fox family and the Batman’s allies and enemies. Not everyone is on board with the mayor’s plan. It appears that no one is really on board, actually. Chubb is looking at doing the right thing and hopefully mitigating any negative fall out while Carmichael is looking to capitalize on this disaster.

I like the proactive nature of Villanueva in I Am Batman #6. He is not immediately against Batman as is commonly seen in these stories.  Instead, he wants to use the situation of this new vigilante as a means of improving his city.

I liked the art in this story. Each of the characters is distinctive and easily identified. Carmichael is seen wearing mirrored sunglasses, which gives him an air of mystery. The art depicting the torture of Rubel is horrific, which is appropriate for this threat.  The villain is completely masked with robes and a hood. There is no way to see or identify any characteristics of this character. It is unknown what the gender or ethnicity of this character is. I do not believe that it is either the commissioner or Carmichael as they are being watched by this mystery character.

This story creates a new normal for the Next Batman. It's a normal that does not rely on Gotham or the Bat-Family but instead gives this character the chance to grow into his own. It is a great setup that introduces a lot of new characters and creates an intriguing mystery for the reader.