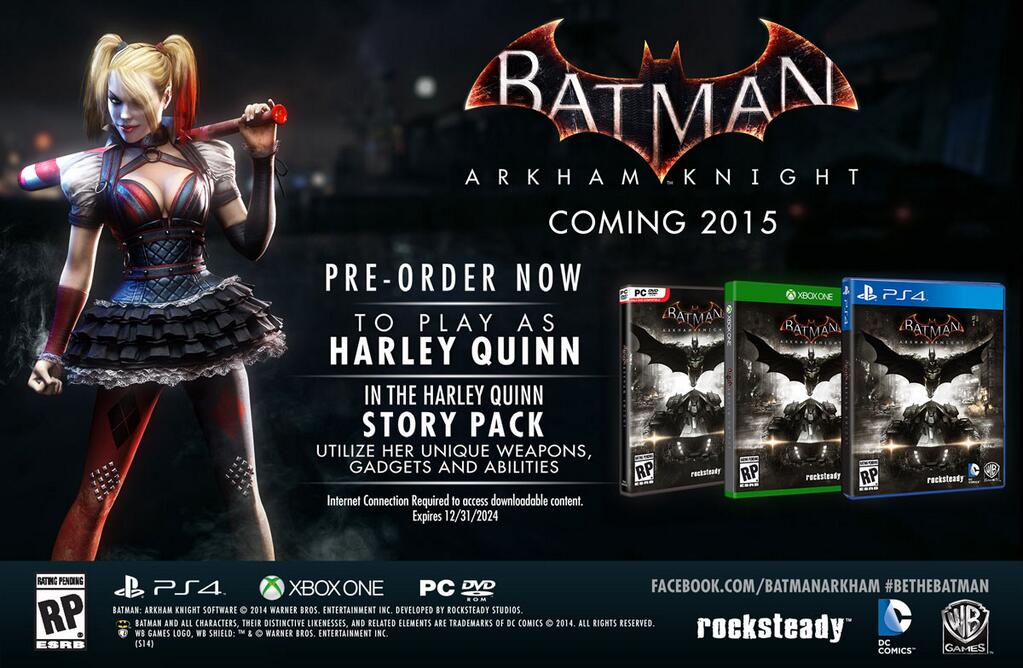 In other Arkham Knight news, Arkhamverse.com has reported that the game may be coming as soon as January 2015 with some comments that were made by Kevin Conroy recently in an interview.

As for now, know that Batman: Arkham Knight is scheduled to release in 2015 with an undetermined release date.