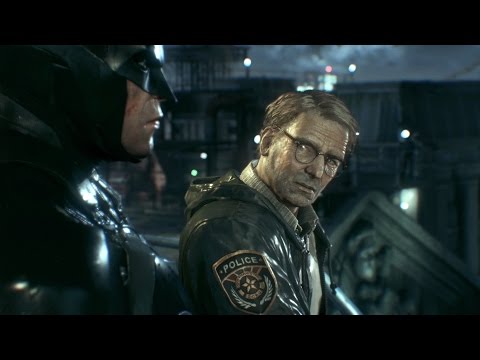 Rocksteady has sent out an announcement that Batman: Arkham Knight will now be releasing on June 23 instead of the previous release date of June 2. In a letter from game director Sefton Hill, no details behind the delay were provided other than they want to ensure the best product for the conclusion of the trilogy.

Batman: Arkham Knight will now launch worldwide on June 23, 2015. We’re a developer that hates to make any compromises, so we are sorry to say this means it’s going to be just a little bit longer until you can play the epic conclusion to the Arkham trilogy. As a reward for your patience and understanding, and to make the wait even more unbearable, we are pleased to whet your appetite with a new gameplay video of Batman: Arkham Knight. Thanks so much from everyone at Rocksteady for your continued support. We are working as hard as we can to make you proud.

That being said, here is that new seven plus minute trailer he referred to.

There have been rumors floating around that the first two games in the Arkham trilogy could be getting a makeover for release on the current next-gen consoles. But that rumor also says that they would most likely release it as a trilogy pack right before the holidays. That means that would have nothing to do with the delay and only three extra weeks will end up being worth the wait.