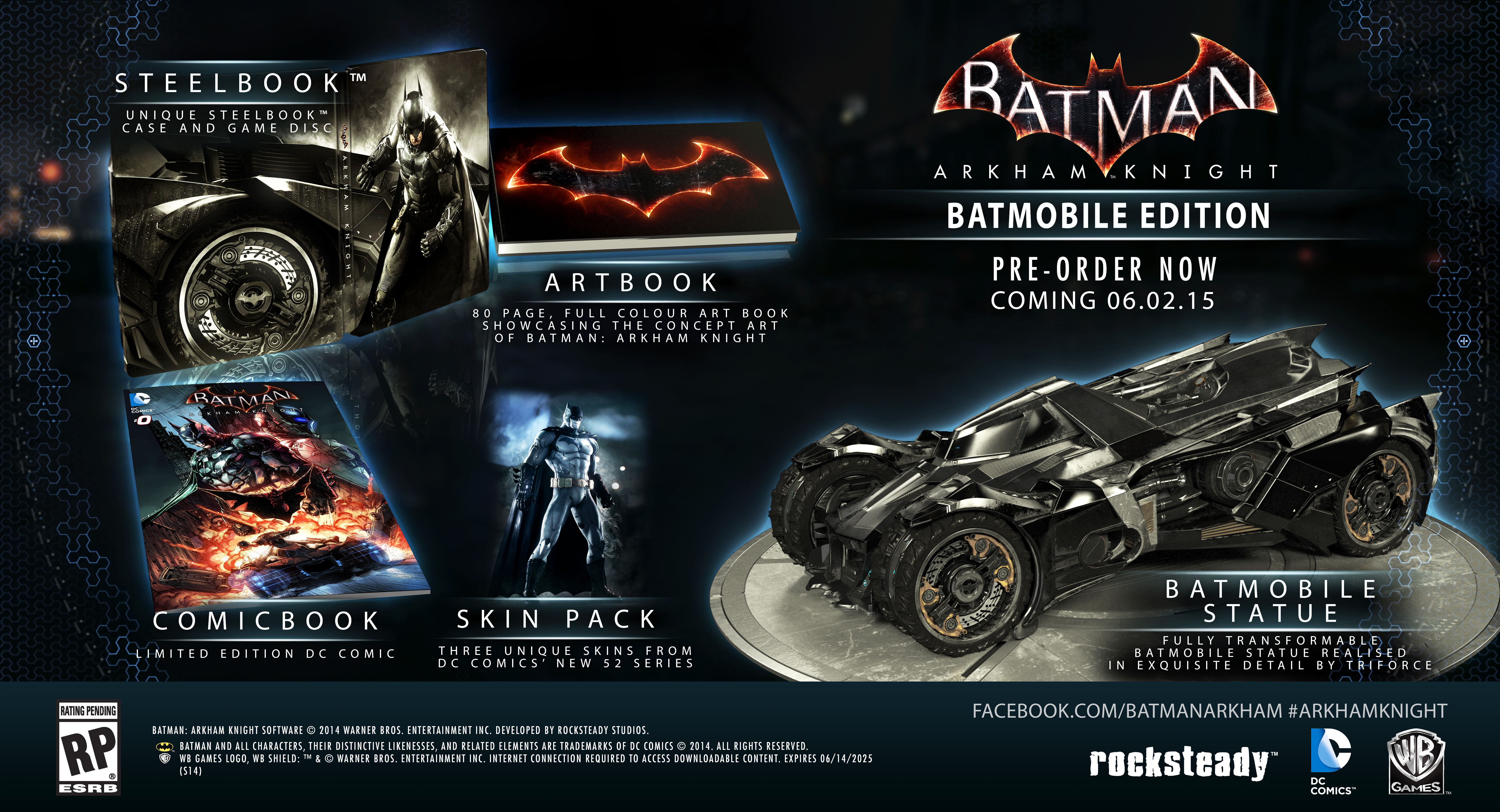 With less than a week away from the release of Batman: Arkham Knight, Warner Bros. and Rocksteady have announced that the Collector’s Edition of the game that was set to include the Batmobile statue has been cancelled. Retailers started to send out notifications to customers earlier today.

We regret to inform you that we are not able to release the Batmobile Collector’s Edition of Batman: Arkham Knight due to unforeseen circumstances that greatly compromised the quality of this extremely limited run of product.

We are deeply apologetic for this unfortunate outcome. If you did pre-order the Batmobile Collector’s Edition, please go to the retail location where you pre-ordered the product and you will receive a full refund of your deposit or it can be rolled over to another Batman: Arkham Knight edition or another product of your choice.

We will be providing everyone who purchases Batman: Arkham Knight with the New 52 skin pack, including Batman, Robin and Nightwing, free of charge. What seems as a issue with the quality of the statue as they state could have been a larger issue with the demand and fulfillment. With less than a week to the release of the game it seems a bit late to be realizing that the edition of the game needs to be scrapped. What is probably more frustrating for fans who ordered that version of the gamem is that pre-orders for both the Limited Edition and Collector’s Edition were put in over eight months ago and retailers stopped selling pre-orders for those versions as early as November. So if you pre-ordered the Collector’s Edition, you don’t even have the opportunity to order the Limited Edition instead.

Either way, the New 52 skin pack seems to be of the apology, but the announcement also makes it seem that everyone who pre-ordered the game would receive it, regardless of what edition of the game you have. Earlier notifications sent out by the retailers stated that it was meant for the customers who pre-ordered the Collector’s Edition as a direct apology, but Rocksteady seems to have said that it will be for everyone.

The good news is, you still have a few days to go in an pre-order the game. Batman: Arkham Knight release Tuesday, September 23.