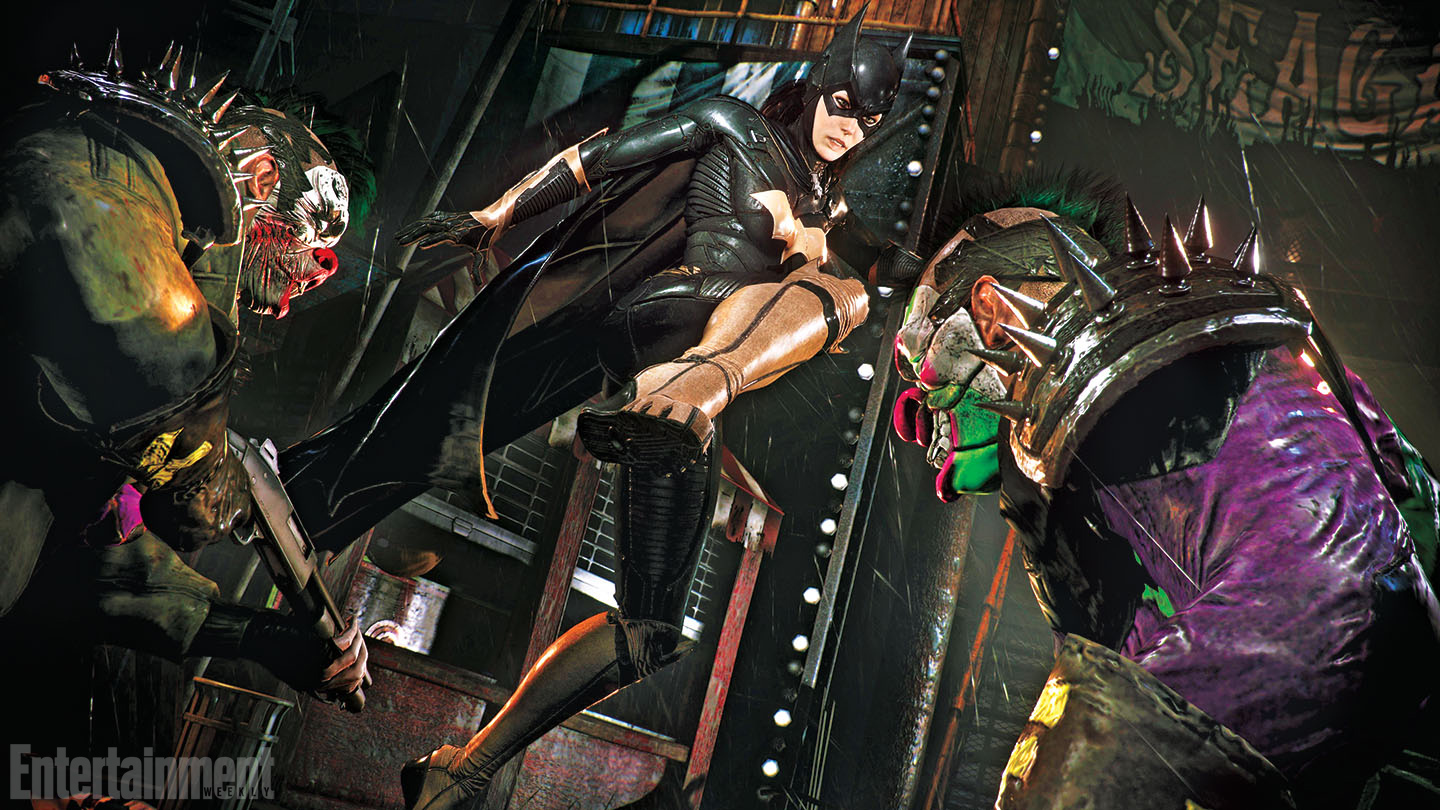 Entertainment Weekly has released some new information for the upcoming Batgirl DLC for Batman: Arkham Knight. The new chapter will obviously take place prior to the events of 2009’s Batman: Arkham Asylum since Barbara appeared in that game as Oracle.

The story is based around Commissioner Gordon being kidnapped by Joker and Batgirl and Robin setting out to save him. As reported last week, the new story is developed by WB Games Montreal rather than Rocksteady.

The DLC takes place in an entirely new area called the Seagate Amusement Park, a nautical theme park built on top of an oil rig that the Joker has rigged to be a massive death trap. “We wanted to recreate the feeling of being trapped in a bizarre and unique open environment playing a game of cat and mouse with the Joker,” says design producer Justin Vazquez.

While game play will be very similar to that of the normal Arkham Knight storyline, Batgirl has the ability to hack into things that gives her a leg up that even Batman couldn’t have. Dual play will also be available between her and Robin. The new chapter will also feature side quests, collectibles left by Joker (rather than Riddler compared to the main game) and plenty of Easter eggs.